I finally got around to reading my recently purchased copy of “Super Weird Heroes”, compiled and curated by Craig Yoe. One of the heroes that caught my attention was “Phantasmo”, a really fem riff on The Spectre, with back-story elements that would later be re-purposed by Dr. Strange. Instead of wreaking supernatural vengeful justice, he spreads sweetness and light, all the while being FABULOUS. Or, at least, that’s MY idea of the character, as expressed in drawing #1. 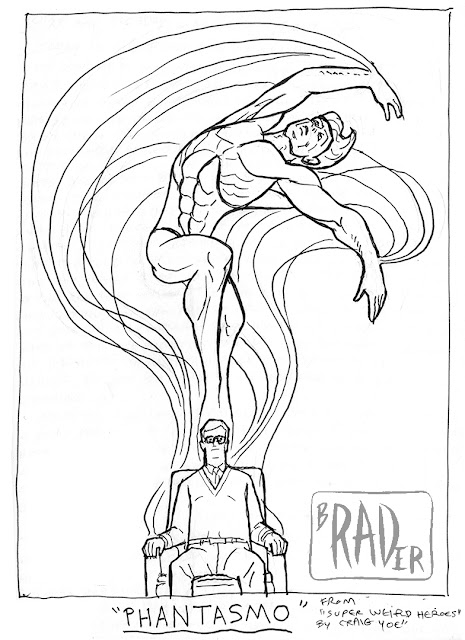 In drawing #2, I had the idea of a comatose paraplegic , like the DC Western character El Diablo,
only he’s a black man (modeled off Nat King Cole) living in NYC slum squalor, fighting for racial and economic justice from the confines of his chair. His caregivers and his victims/beneficiaries would know nothing of his near-godlike powers. 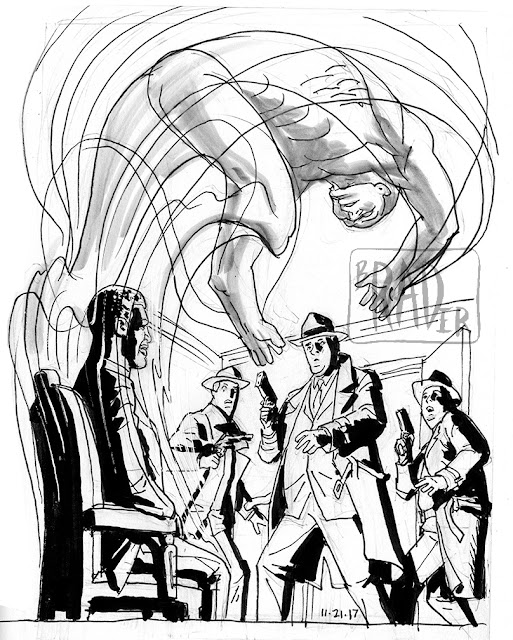 Unfortunately, Disney laid claim to the name “Phantasmo” by using it for an incidental villain in an episode of “Lilo and Stitch”.
Posted by Brad Rader at 11:35 AM