King of the Hill; My On-line Portfolio #2b

(Continued From Part One)

My director, Antony Chun, was continually riding me, making me redraw and re-redraw the characters for greater accuracy. I was finally able to make the transition when I realized that I had to shift gears; My usual mode was macho high speed drawing where every second spent was a second too long. I found I had to approach the work on KotH as a form of mindfulness meditation, with an almost feminine, reflective, mind-set. My job-survival depended on staying resolutely in the now, not worrying about deadlines, tuning out the various freak-outs and dramas regularly unfolding in my vicinity.

Another problem was the filmic style of the series which was stylized as an animated sit-com. There were no dynamic angles, no fish-eye lenses, no dramatic upshots or eye-level POV’s (the camera was resolutely at chest-level), no fast cutting, and the camera was locked down (no panning or trucking) as much as possible.

The storyboard I’m presenting is from the final episode of the final season. The plot is that Bobby is discovered to have an hither-to undiscovered genius: he’s an expert of judging cuts and grades of beef. Hank and Bobbly finally have something to bond over. Bobby joins the local college’s meat judging team as its youngest member. Hilarity and character growth ensue. 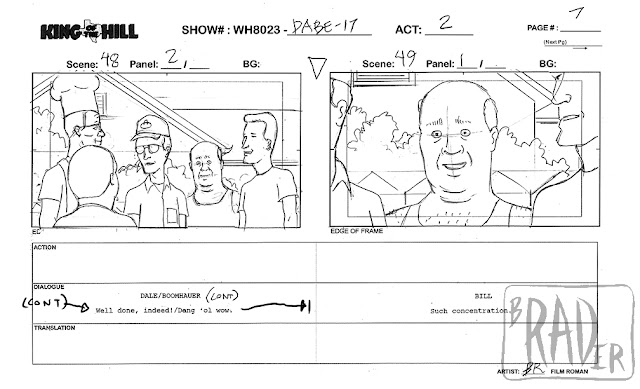 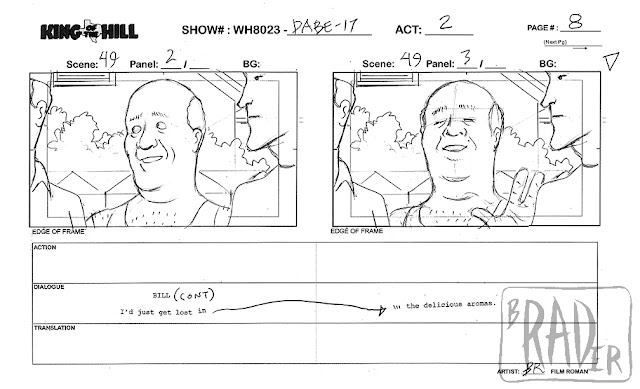 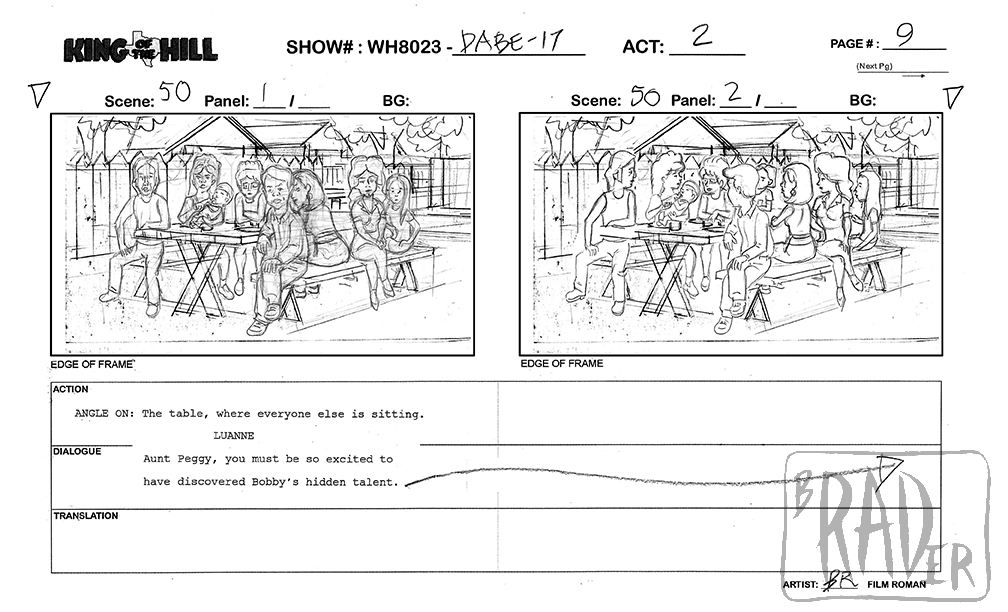 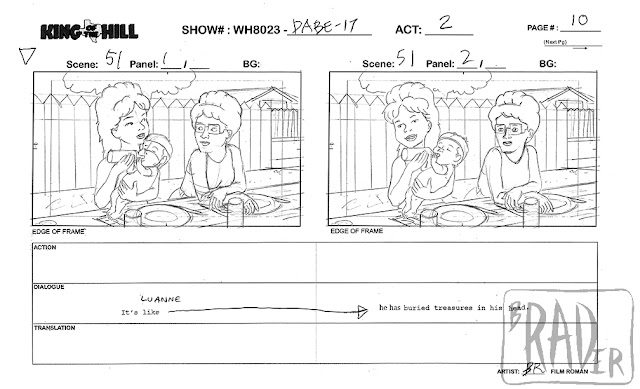 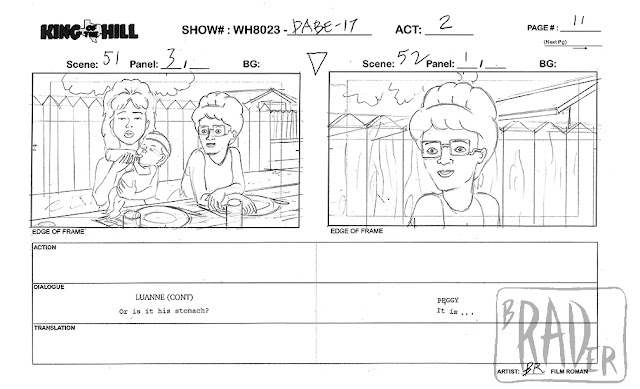 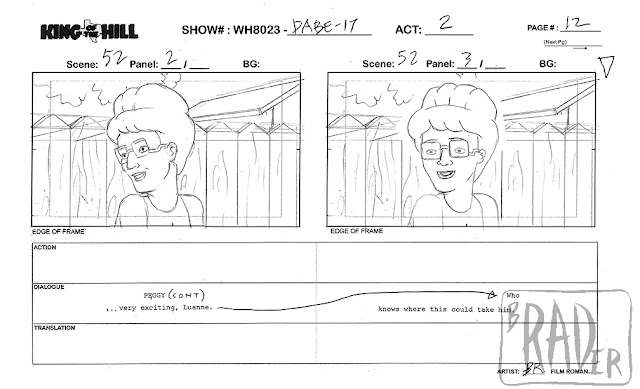 Labels: "King of the Hill", Antony Chun, My On-Line Portfolio