King of the Hill; My On-line Portfolio #2a

I was a staff storyboard artist on the final (11 through 13) seasons of ‘King of the Hill’. I was brought onto the production by Antony Chun, my director for the previous two years on ‘The Batman’ animated TV series for Warner Animation.

Koth had been cancelled at the end of season 10, but Fox TV soon revived it. Not soon enough, however; In the intervening period, the layout department scattered to the four winds. This necessitated a change of process when the series was resumed: For the first 10 seasons, KotH was a “layout driven” show, in that the boards were quick and loose, the majority of the drawing and fine-tuning left for the layout stage. The production would now be “board driven”, eschewing the layout stage altogether. This meant the boards had to be super-tight and super “on model”, basically functioning as mini-layouts. This was lucky for me, since KotH would need a large storyboard department.

I was NOT a fan of KotH; I had tried to watch it in the early ’00’s and found it impenetrable, weird and repulsive.  As I binge-watched old episodes, I caught the rhythm and aesthetic of the series. I came to appreciate the non-idealized character design (which I had previously dismissed as “ugly”). KotH was the most realistic series I have ever worked on, once one acclimates to the stylistic tropes of making the character’s heads too large and the legs too short. 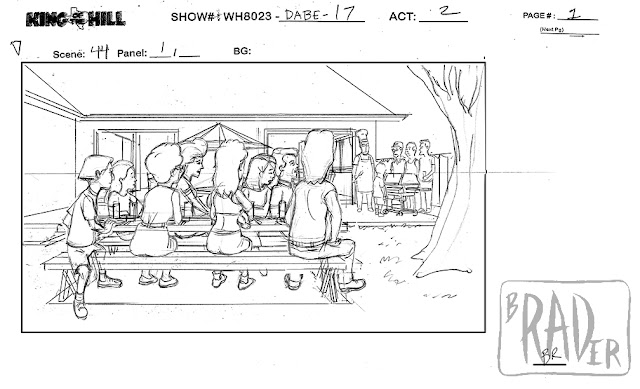 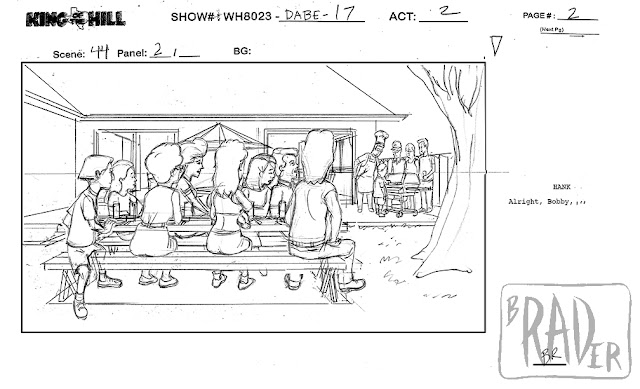 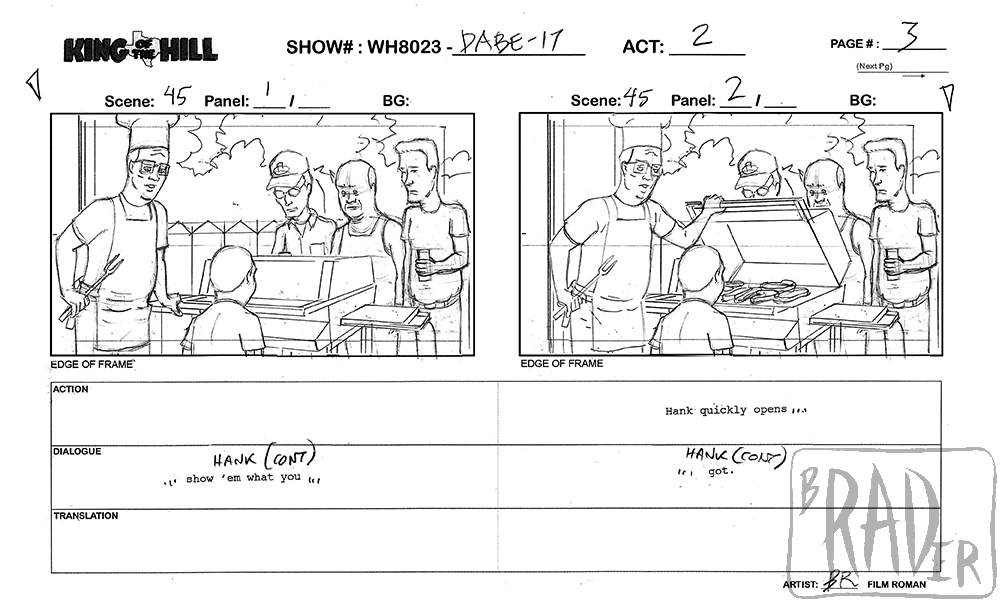 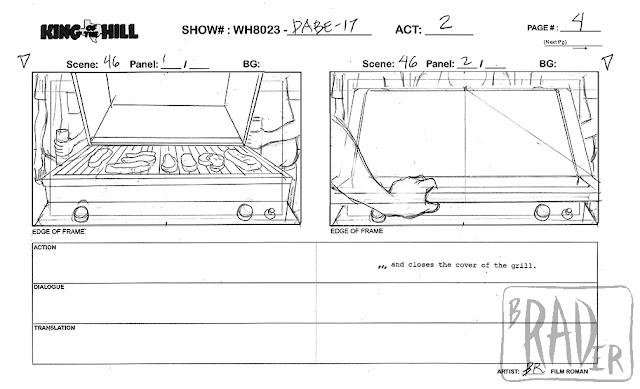 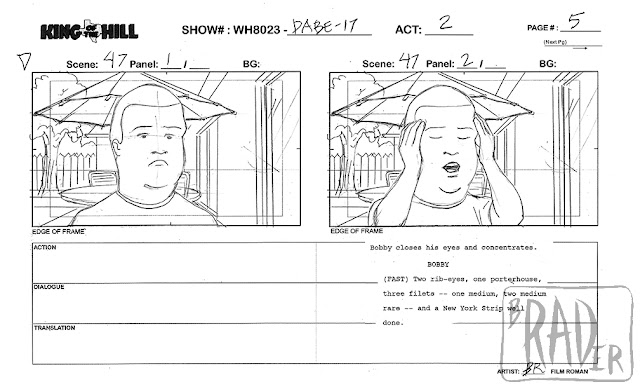 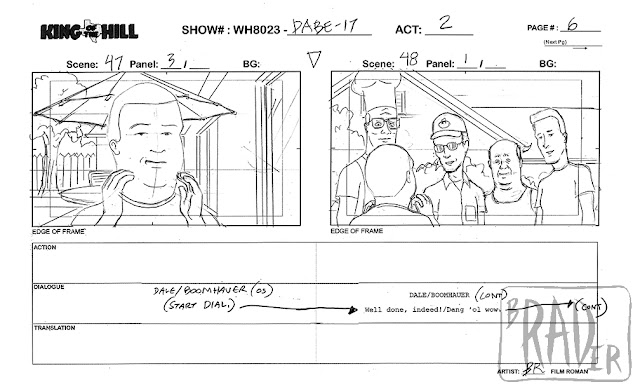 Labels: "King of the Hill", Antony, My On-Line Portfolio, The Batman