As with my ‘Batman’ storyboards, my ‘Gargoyles’ material is extremely difficult to cull, resulting in arbitrary choices. I have chosen (for now) this sequence. It is from episode #18, “The Mirror”, first aired in September, 1995. The production company was Disney Television.

The episode introduces the character “Puck”. I really got into the acting on this faery trickster character, doing “Tim Curry-as-Dr.-Frank-N’-Furter-meets-Paul-Lynde”. playing up his fem, fey qualities. I was really nervous about doing so, expecting to have catch shit for doing such an “out” character (though I had been “out” on the job since 1988), but the director/producer, Frank Paur, kept ALL of it. Further, I enjoyed playing Puck’s fem mannerisms off Demona’s much more “butch” body language, a sort of gender reversal. Again, this was all kept by the director. 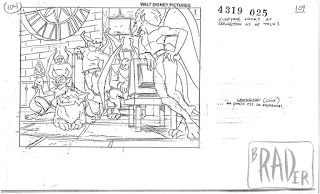 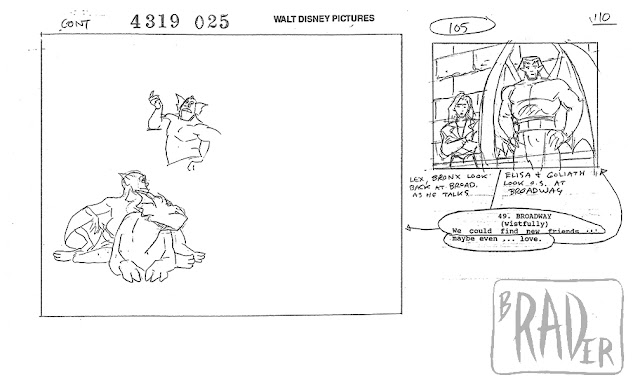 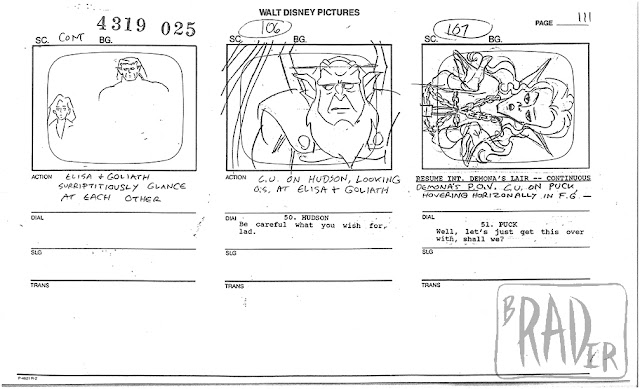 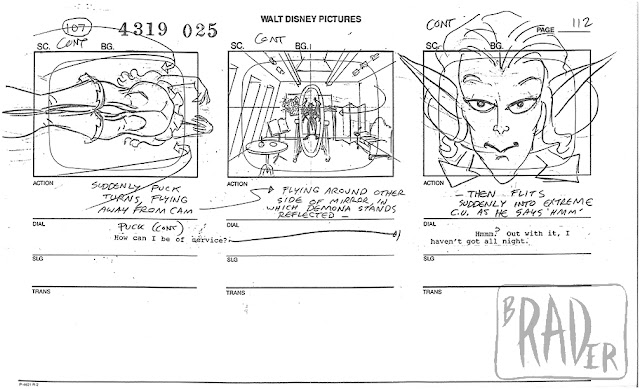 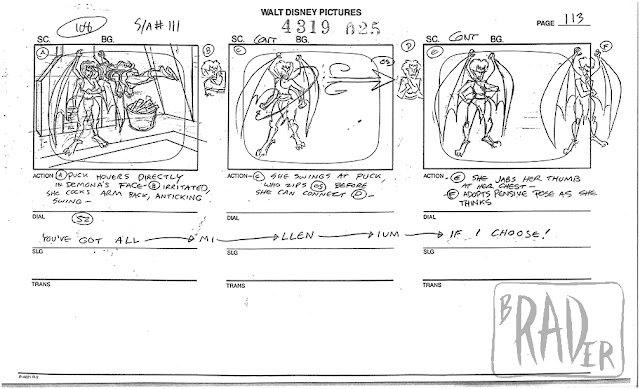 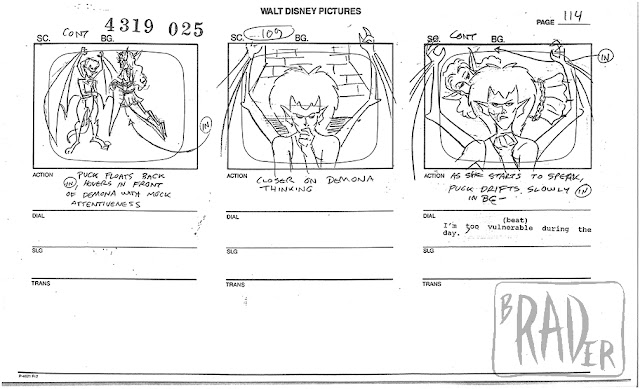 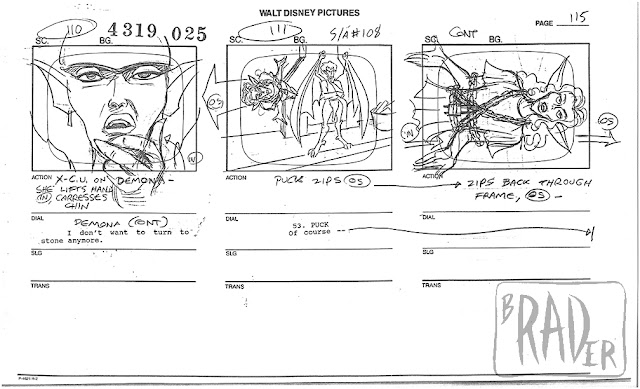 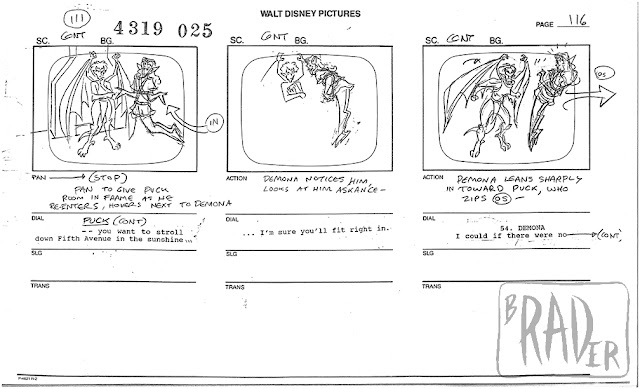 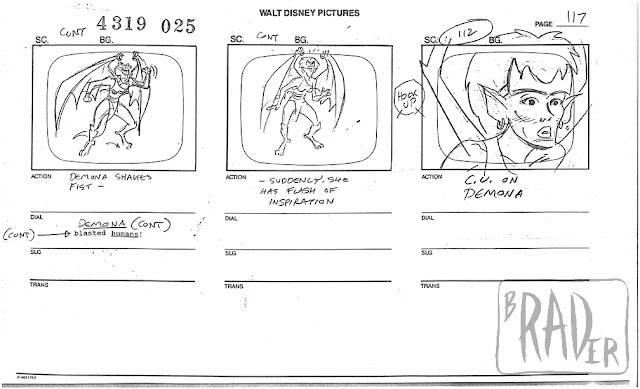 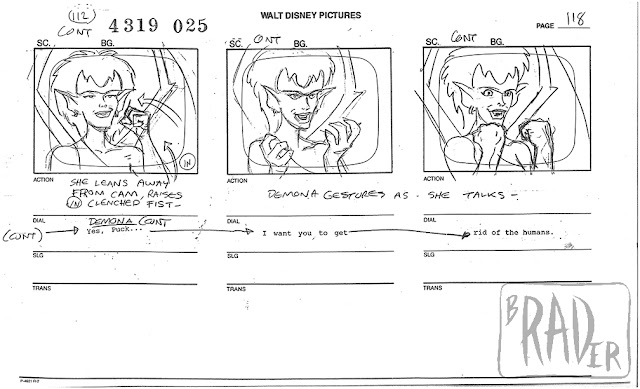 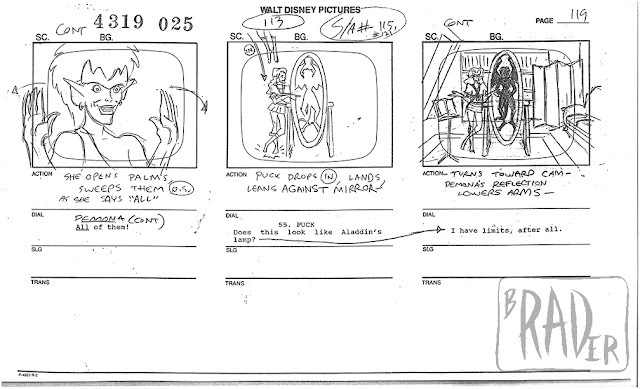