Batman, "Night of the Ninja", Act One; My On-Line Portfolio #3

The difficulty of compiling a portfolio is culling, especially with storyboards. I’ve  never been able to figure out how to present the least possible amount while still giving the viewer enough to understand the flow of events, and demonstrate that I know my stuff as a film-maker and have the chops as a draftsman. On a series like Batman, it’s doubly difficult because I storyboarded on 13 episodes on the first series, 6 episodes on the mid ‘00s reboot and I’m proud of all of it.

I have somewhat arbitrarily chosen a 13 page sequence from Season One’s  “Night of the Ninja”, Act One. In this episode, Bruce Wayne/Batman confronts an old classmate from his youth days in a Japanese Martial Arts dojo. My director, Kevin Altieri, and I had studied Aikido and tried to make the fighting sequences somewhat realistic, in an anime sort of way. 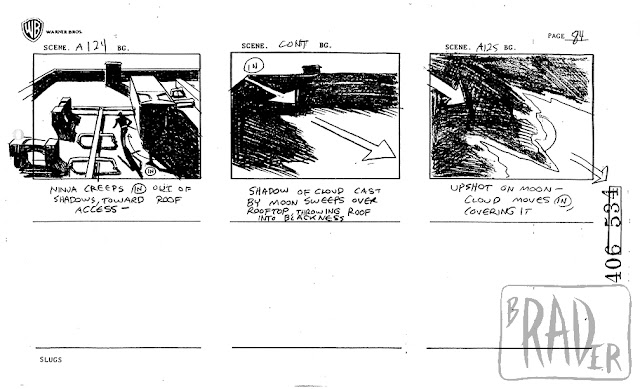 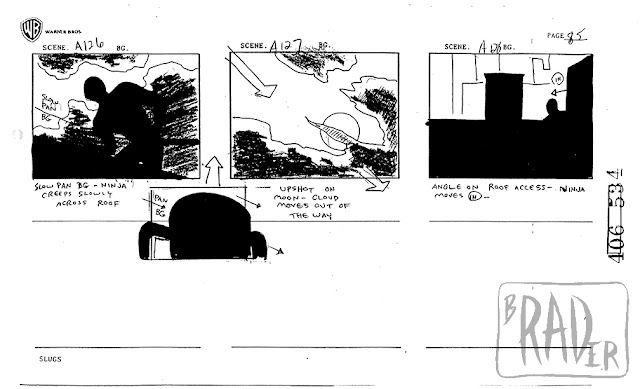 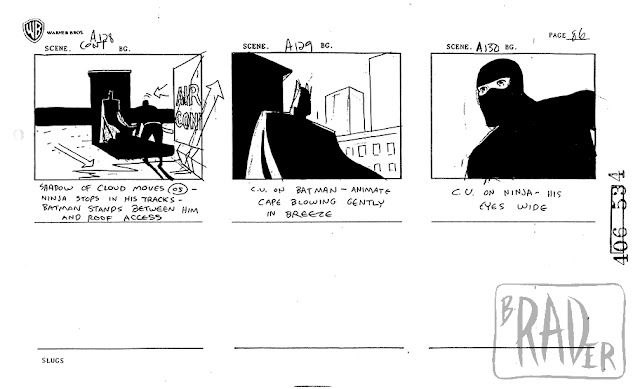 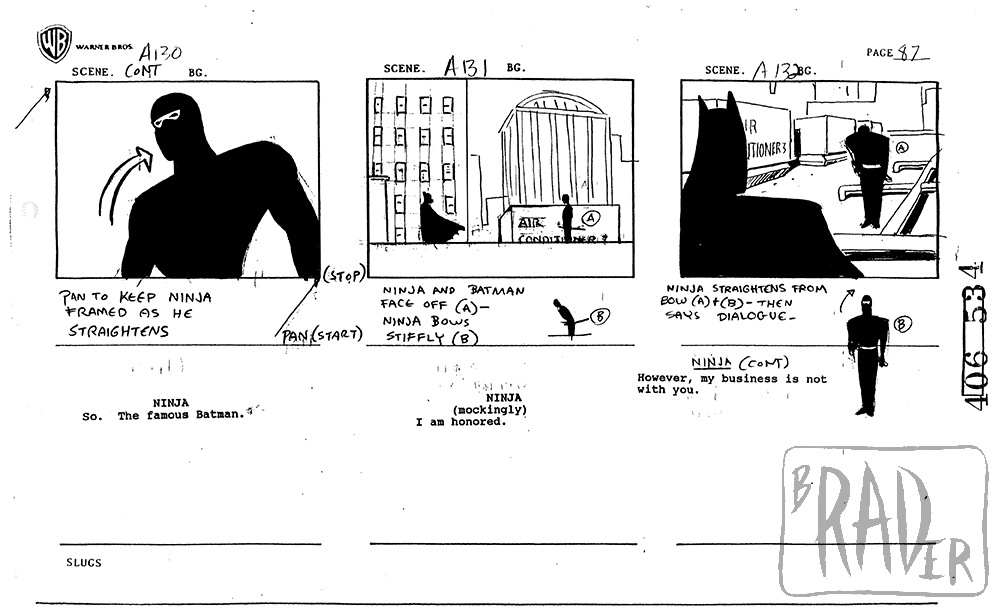 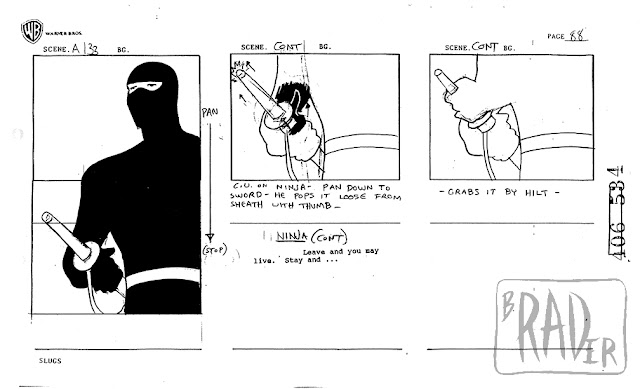 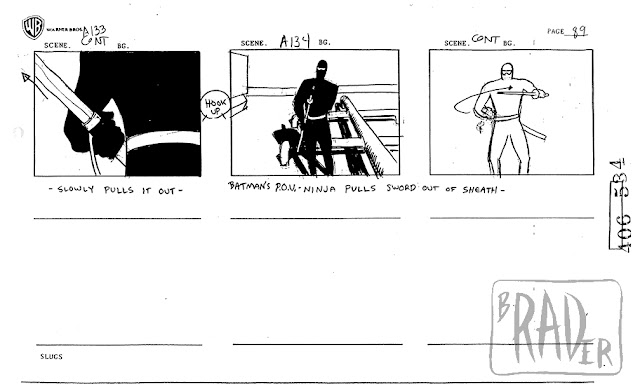 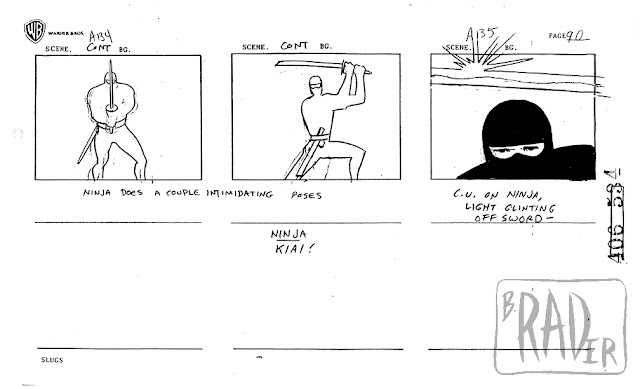 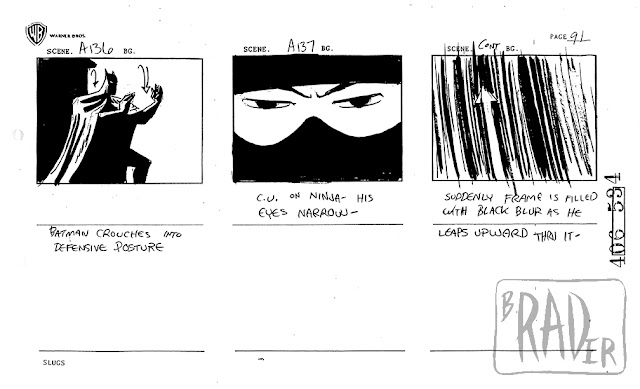 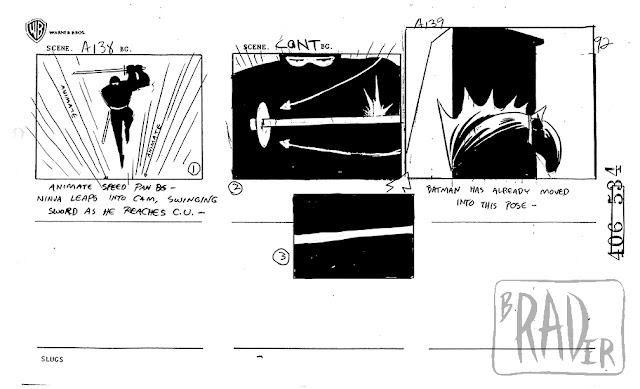 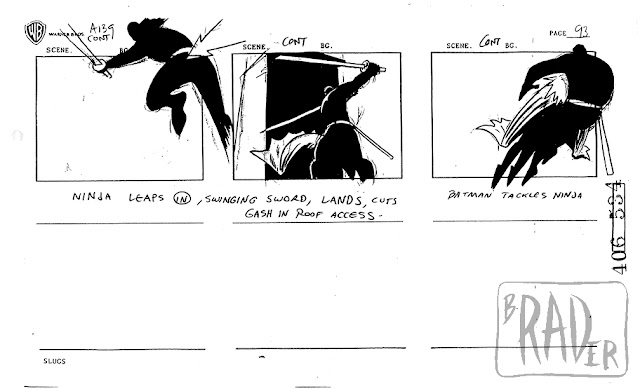 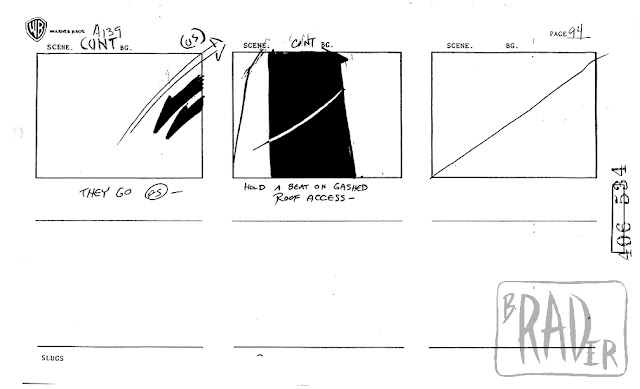 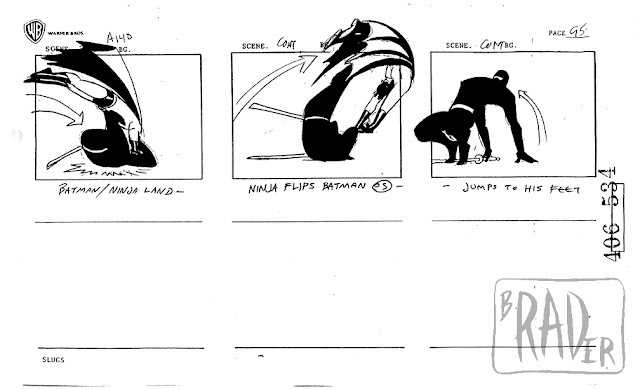 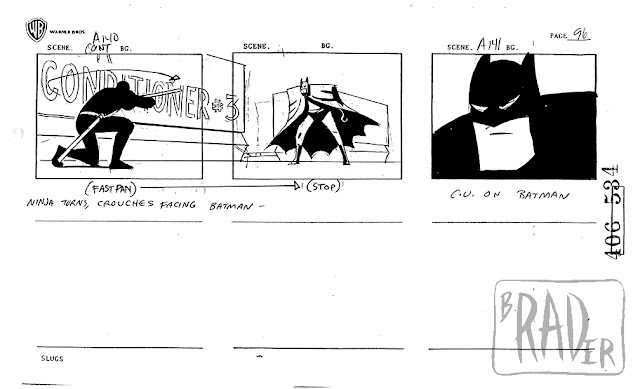