Up until the time I started as staff storyboard artist on “King of the Hill” (the summer of 2006) my training was to work at high speed, to put as little polish into the finish as I could get away with. Freelancing was strenuous in no small part because I couldn’t predict my clients reactions, which would range from accusing me of trying to rip them off, to wanting to marry me and have my children. From my point of view I was putting the same effort into every job, i.e., as much as I had to and as little as I could get away with. (To be continued)

I am posting, in serialized fashion, my storyboard for episode 10 of The Batman - Season 4, “Two of a Kind”. This is the ninth posting. 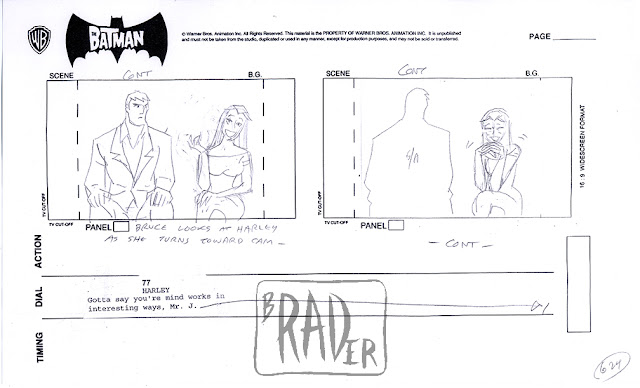 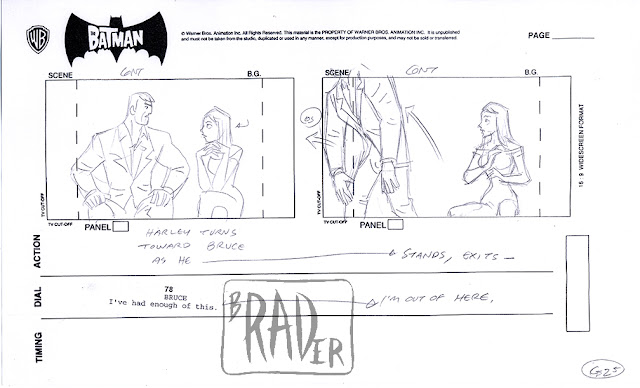 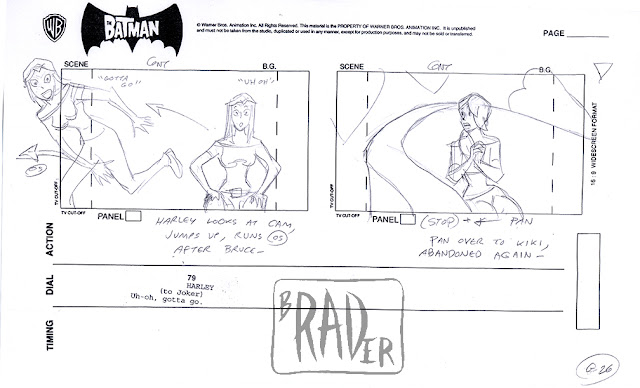 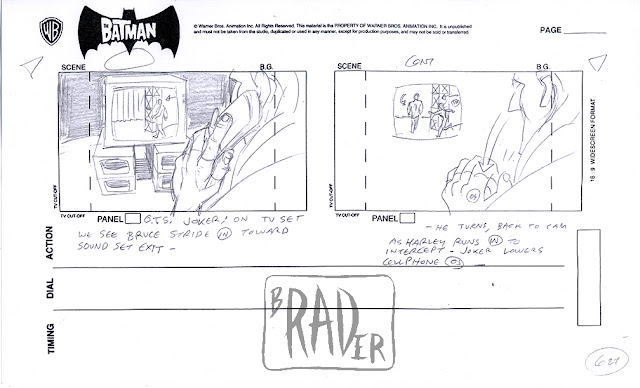 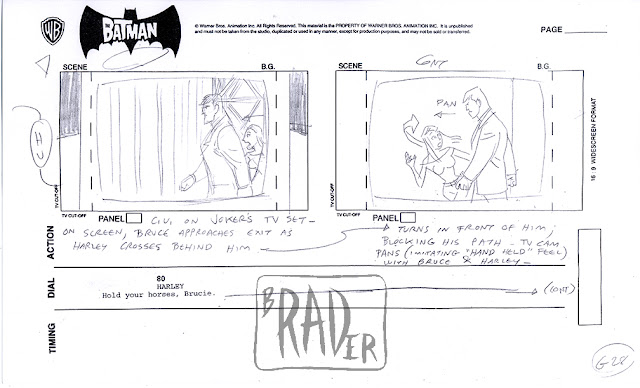 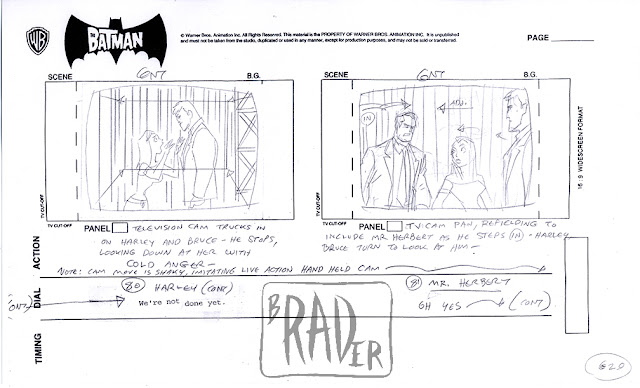 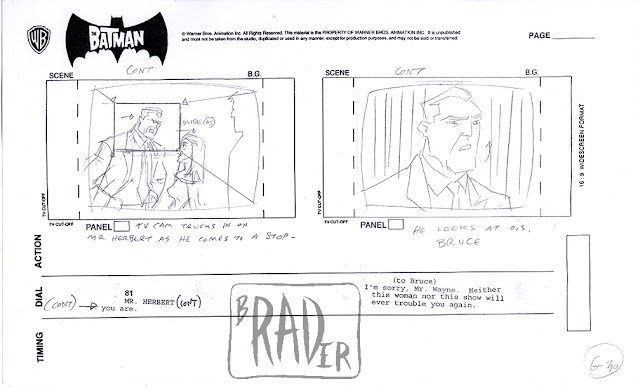 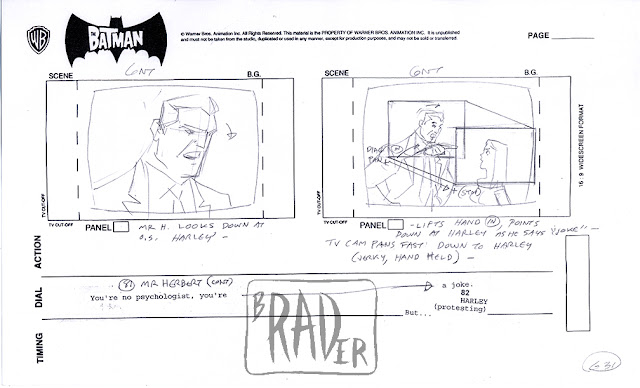 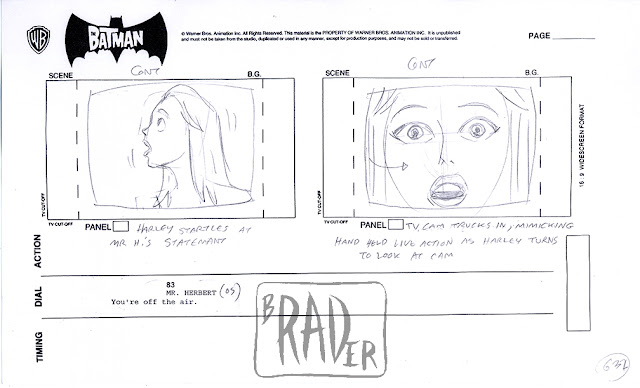 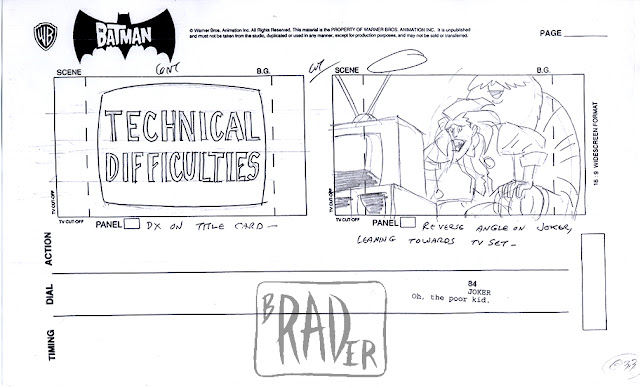 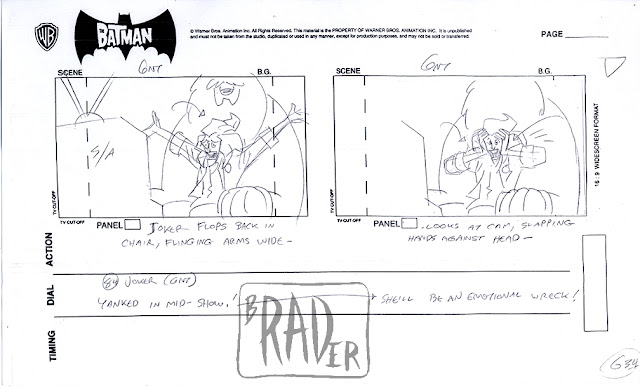 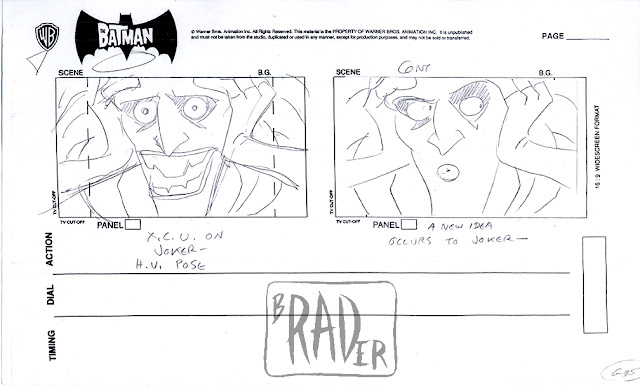 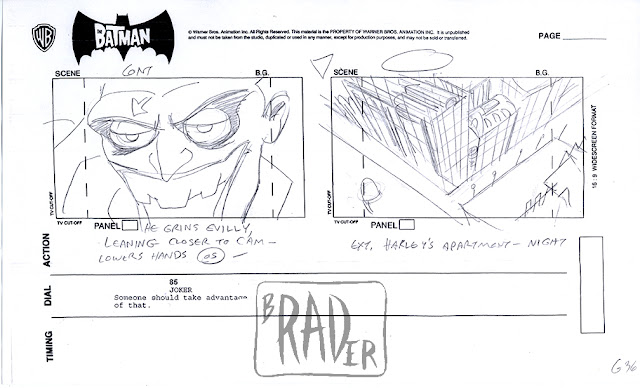 Labels: "Two of a Kind", 2005, Storyboard Clean-up, The Batman, The Batman-Season 4, Working Speed