On this board I was averaging 20 to 25 pages of clean up per day. Bear in mind that these are two-panel board pages, making  use of the wider aspect ratio then (2004/2005) coming into vogue; the traditional television aspect ratio allowed 3 or even 4 panels per storyboard page. Those would take more time to clean. Actually a more accurate way to gauge speed would have been “per panel”, not “per page”. I’m guessing that my average rate, per panel, was 20 minutes, which was what I had the desk-top timer set for, alerting me it was time to do something physical for a couple /five minutes (to be continued).

I am posting, in serialized fashion, my storyboard for episode 10 of The Batman - Season 4, “Two of a Kind”. This is the eigth posting. The other posts can be viewed on the blog page of my website, www.raderofthelostart.com 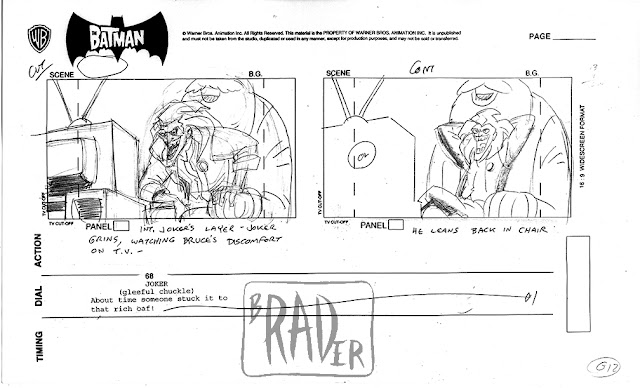 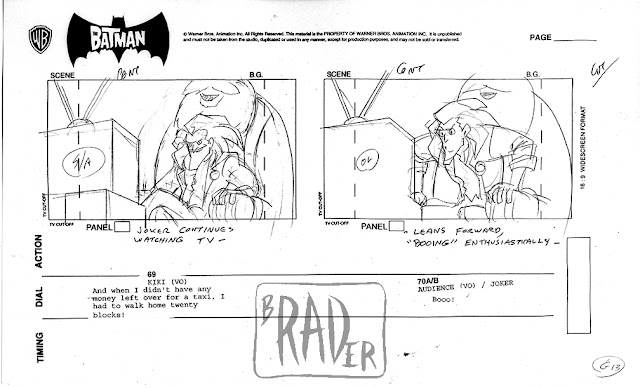 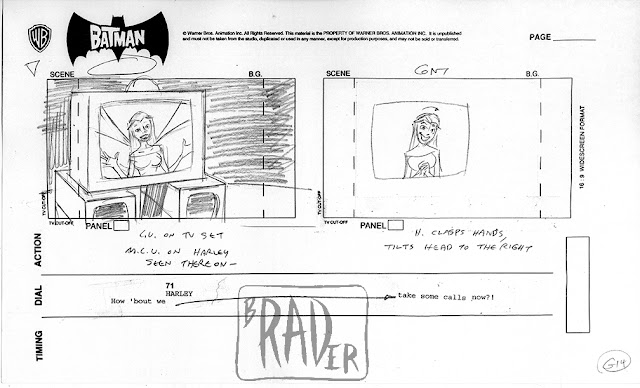 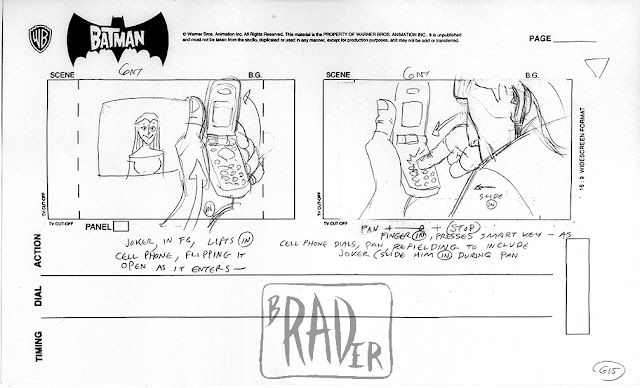 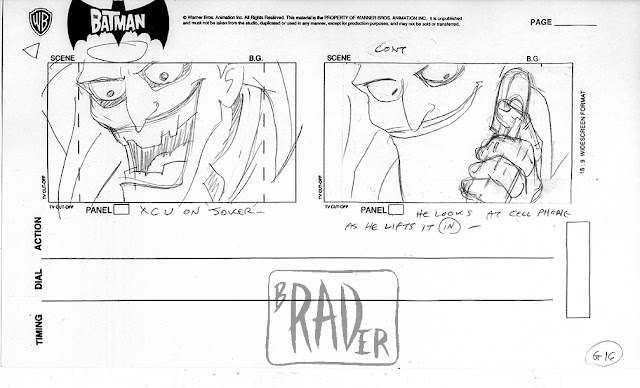 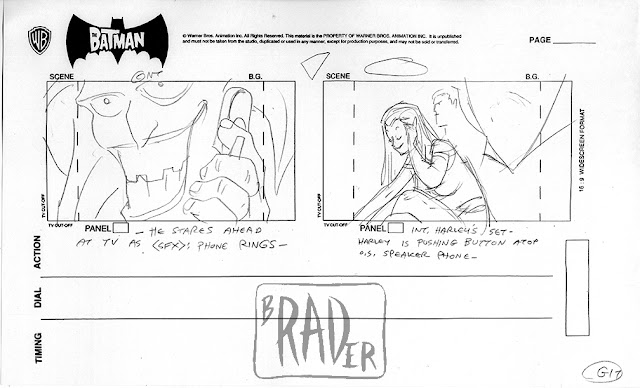 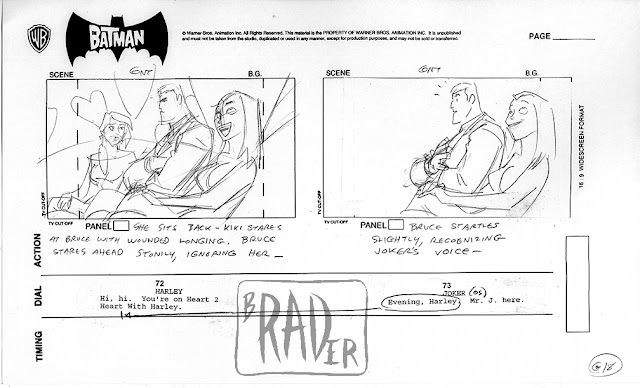 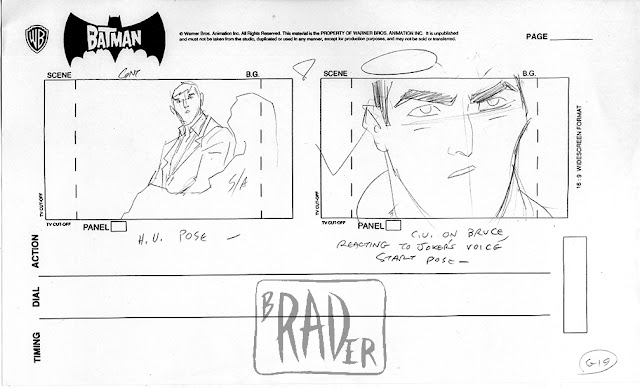 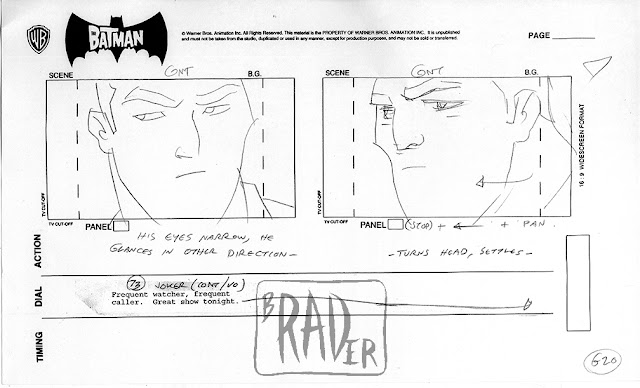 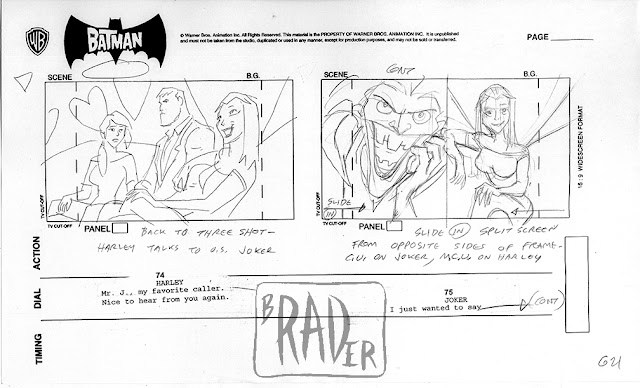 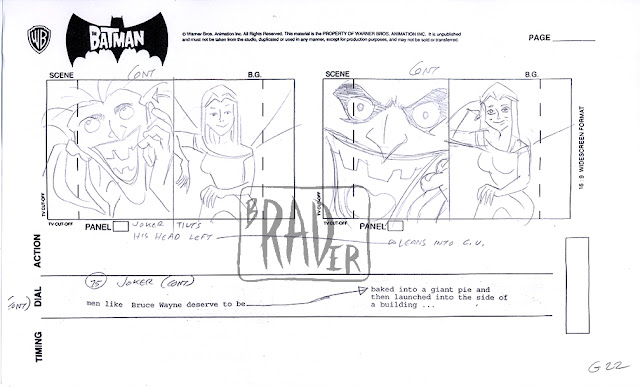 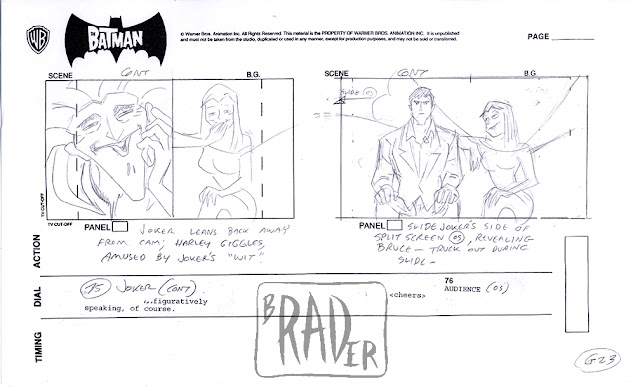