Wow, I was really whipping this one out, from the looks of it.

Back in those days (2004/2005), on that project (The Batman, Season 4), I could clean up 20 pages on an average day; when I was hot I could clean 25. I must have been hot on these. Even so, I’m surprised I eschewed such niceties as, on page G7, whiting out the formatting parts of the storyboard paper that interfered with the artwork.  And I did nothing to tidy up the BG. (to be continued).

I am posting, in serialized fashion, my storyboard for episode 10 of The Batman - Season 4, “Two of a Kind”. This is the seventh posting.


“Two of a Kind” was written by Paul Dini, directed by Antony Chun and produced  by Michael Goguen. Kim Smith was the line producer. Jeff Matsuda was the main character designer. 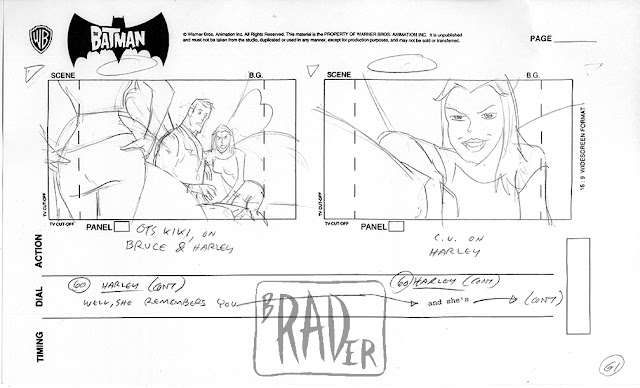 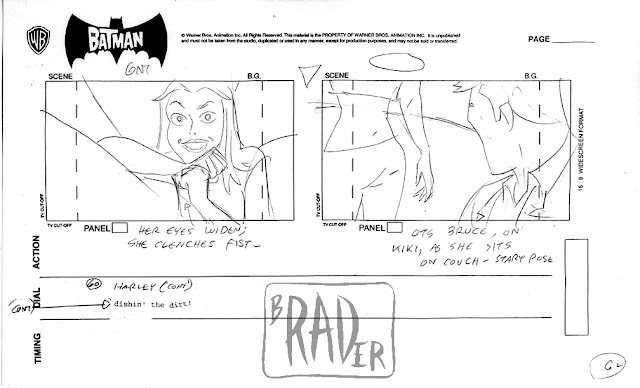 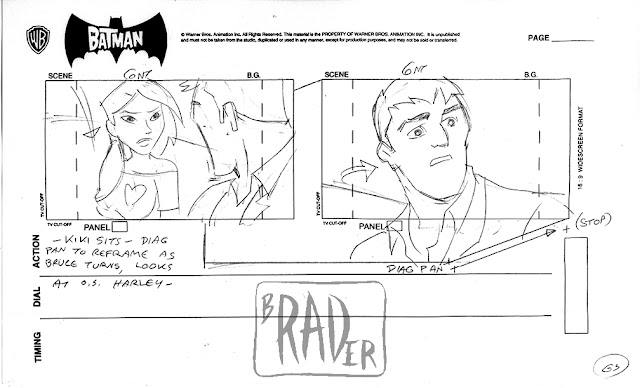 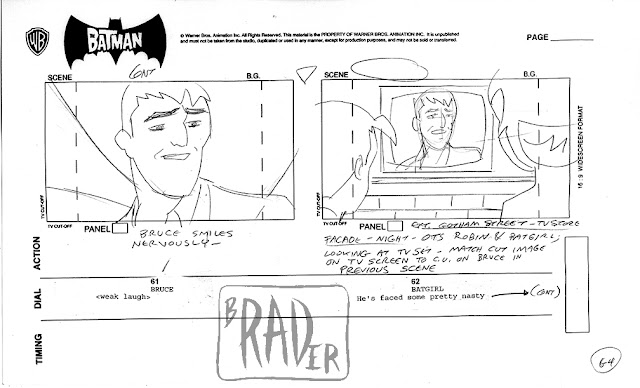 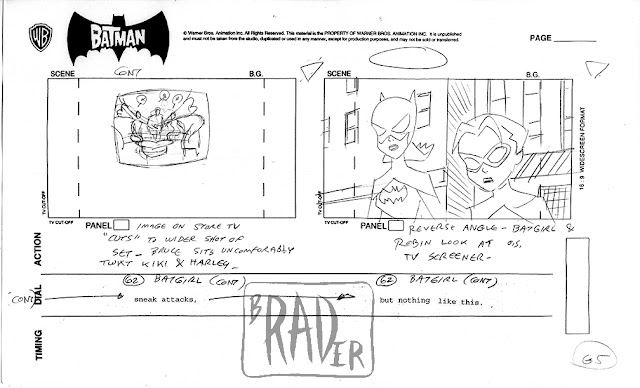 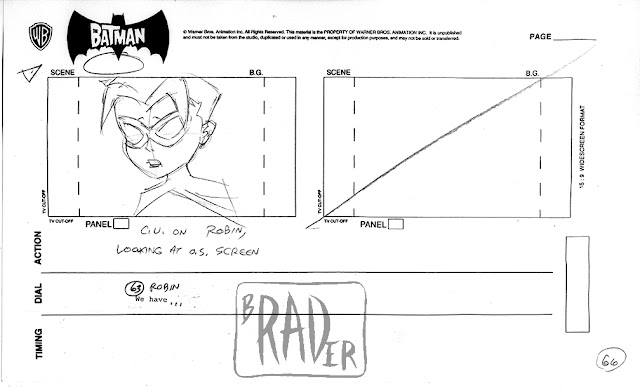 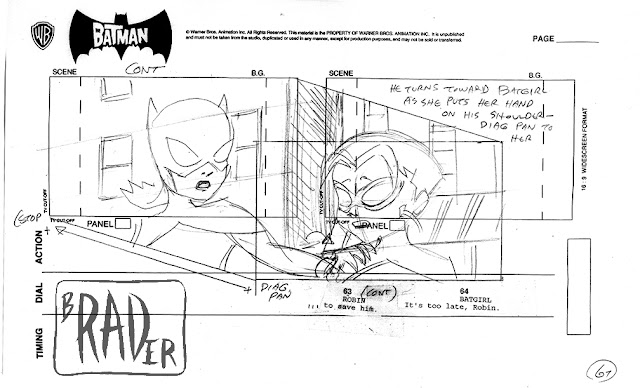 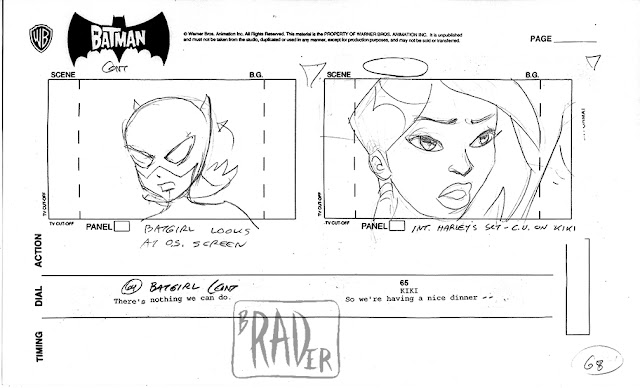 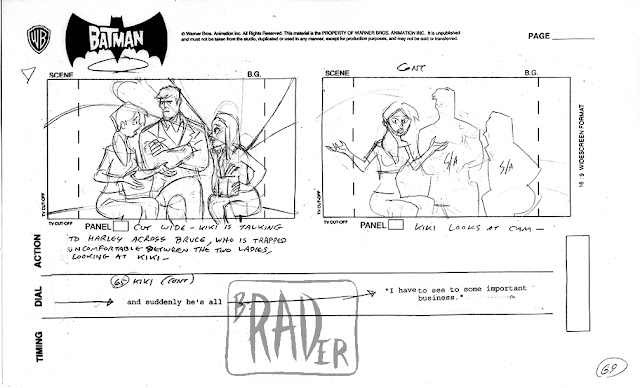 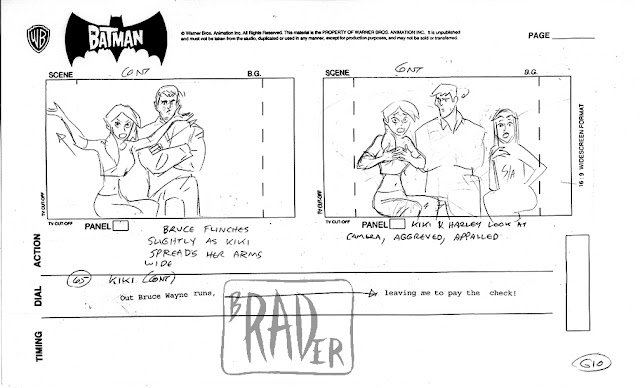 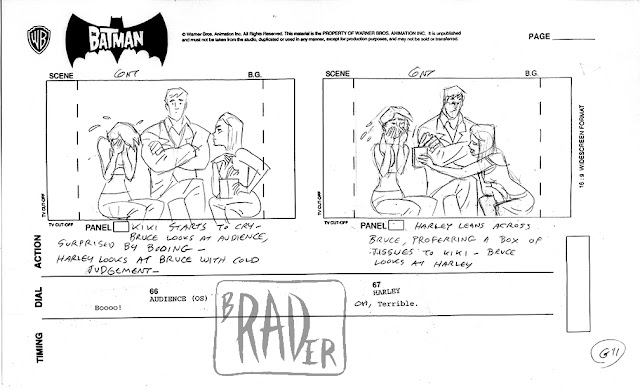 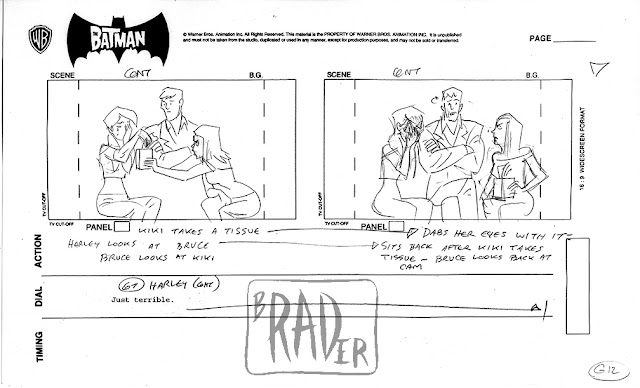