Finally! A flurry of action as Batgirl and Robins swing into a burglary, just in time to see  Bruce Wayne’s public  humiliation. I find it interesting that, in this version, Batgirl takes the role of the older sibling.

I am posting, in serialized fashion, my storyboard for episode 10 of The Batman - Season 4, “Two of a Kind”. This is the sixth posting. The other posts can be viewed on the blog page of my website, www.raderofthelostart.com 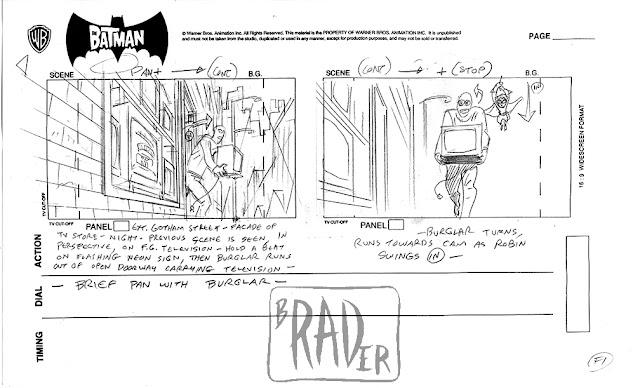 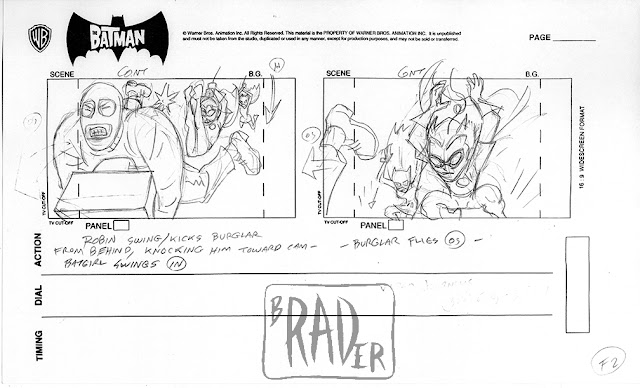 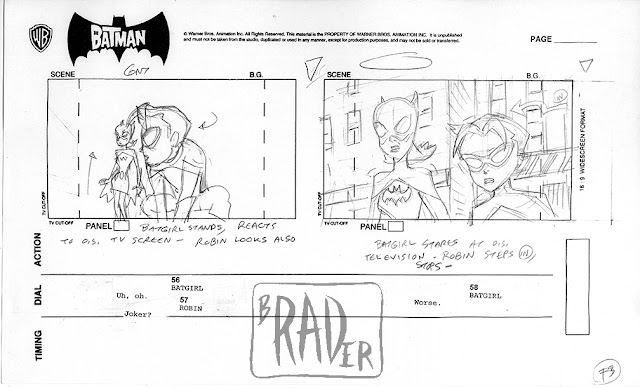 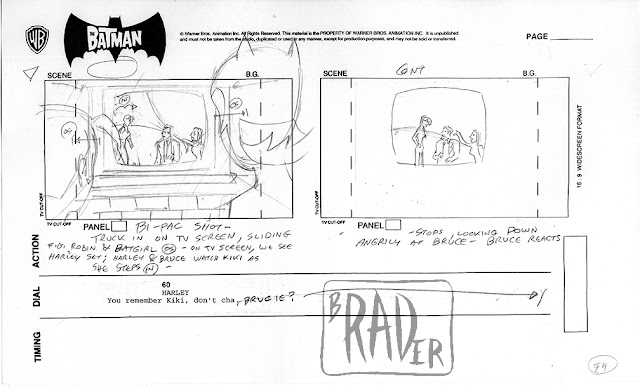 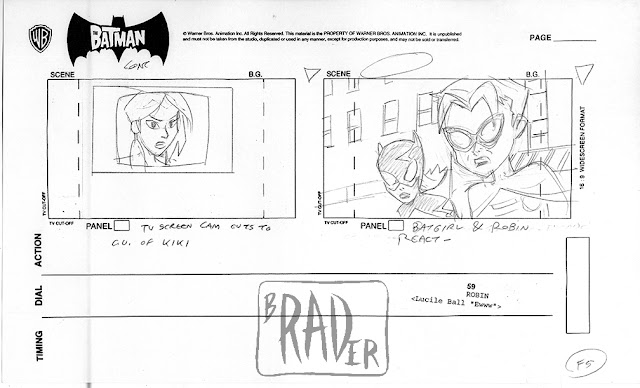