Here we have poor Bruce stepping into Harley’s mind-fuck lion’s den. I’ve mentioned that the script was written by Paul Dini, one of the better writers in animation and comics. The script was much fun to work on.

I am posting, in serialized fashion, my storyboard for episode 10 of The Batman - Season 4, “Two of a Kind”. This is the fifth posting. The other posts can be viewed on the blog page of my website, www.raderofthelostart.com 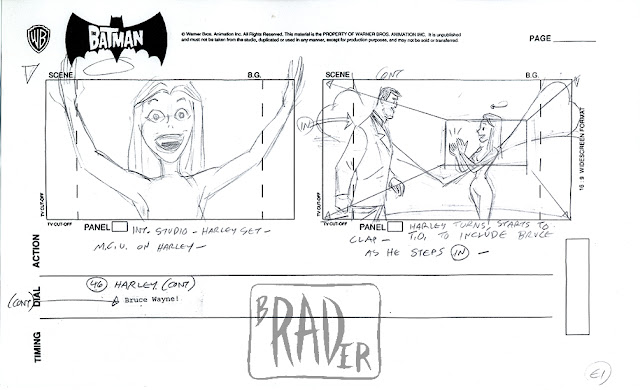 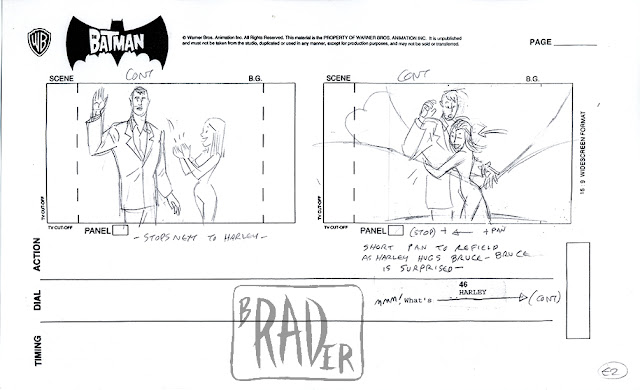 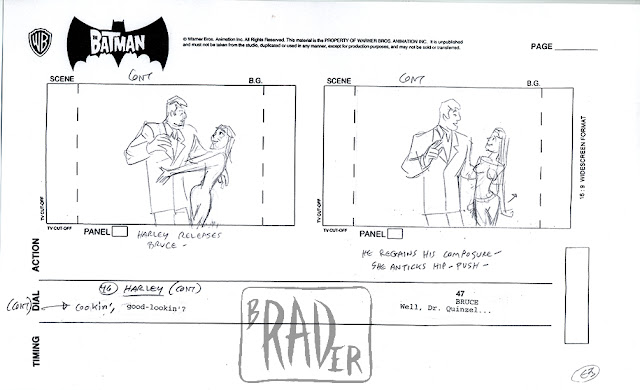 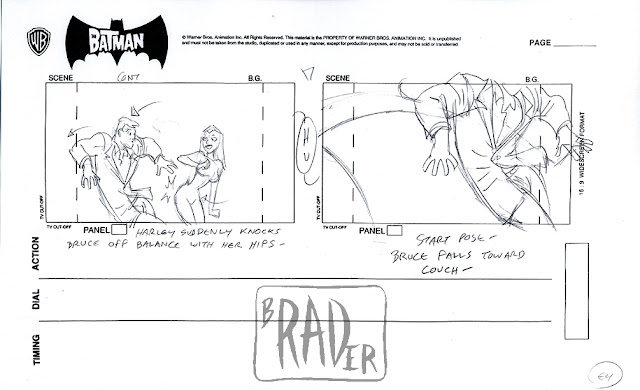 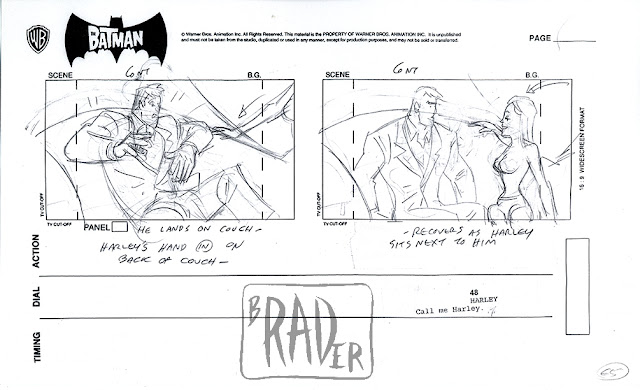 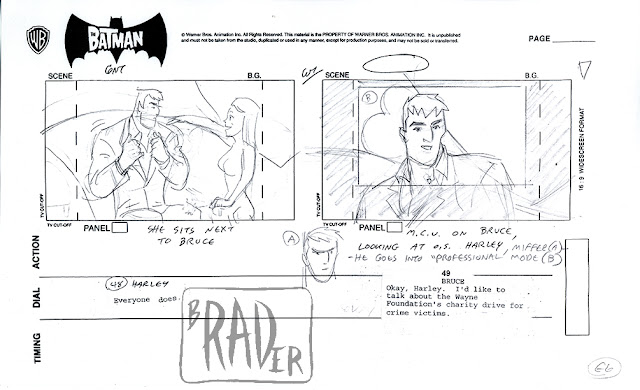 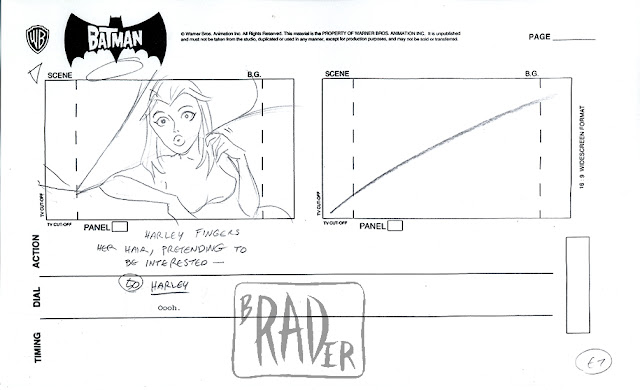