(Continued from D-1) “Two of a Kind” is a satire of the TV media landscape in all its vacuity and sensationalism. At least, my section of Act One is. I don’t actually recall what happens in acts Two and Three; I assume Harley Quinzell turns into Harley Quinn and becomes The Jokers main hench-person, especially necessary now that his regular minions, Punch and Judy are in jail.

I am posting, in serialized fashion, my storyboard for episode 10 of The Batman - Season 4, “Two of a Kind”. This is part two of the fourth posting.

“Two of a Kind” was written by Paul Dini, directed by Antony Chun and produced  by Michael Goguen. Kim Smith was the line producer.  Jeff Matsuda was the main character designer. 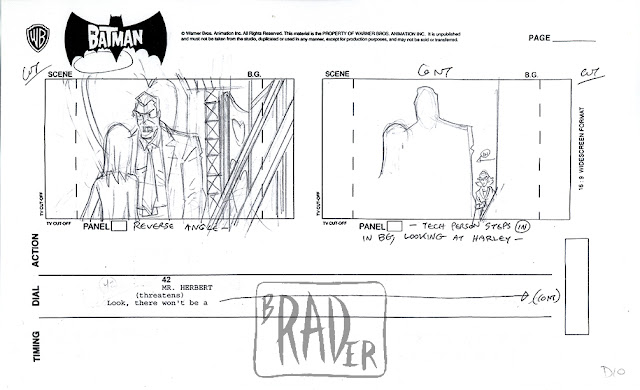 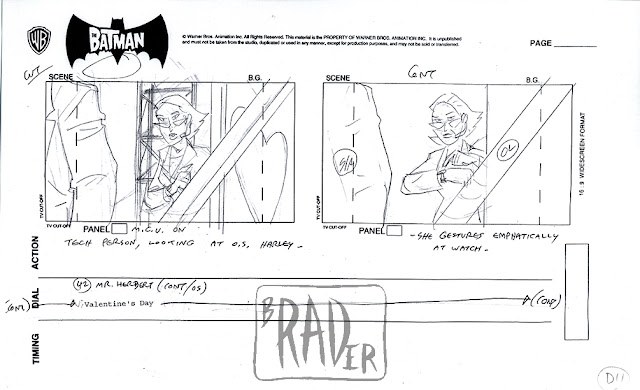 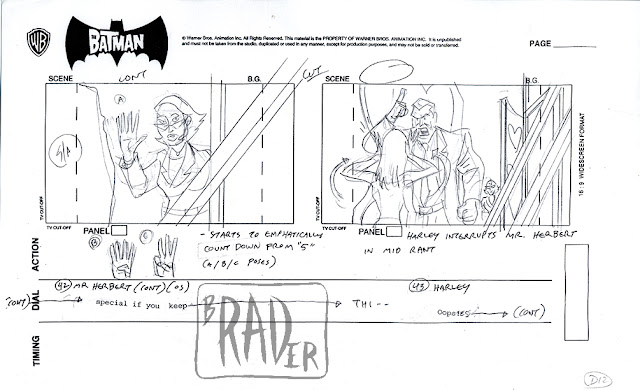 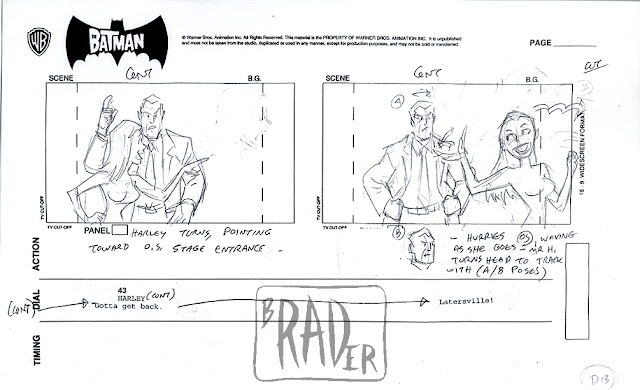 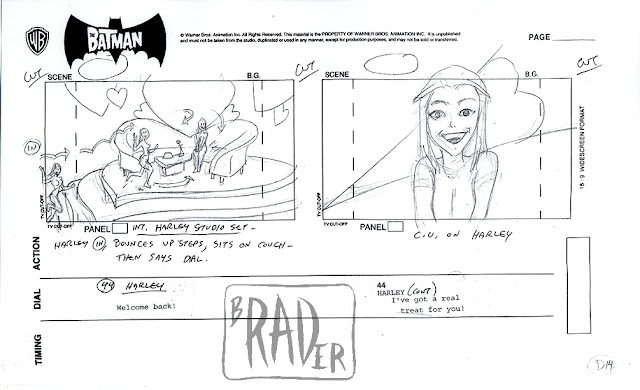 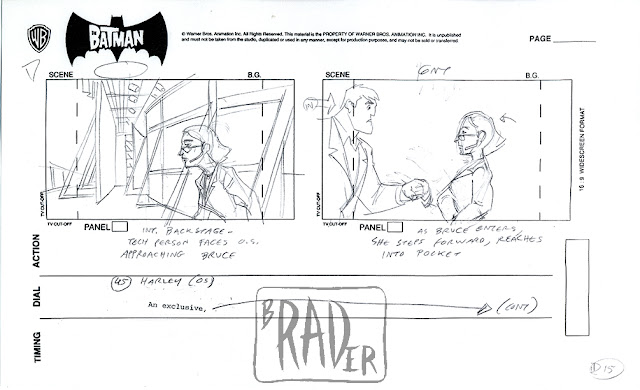 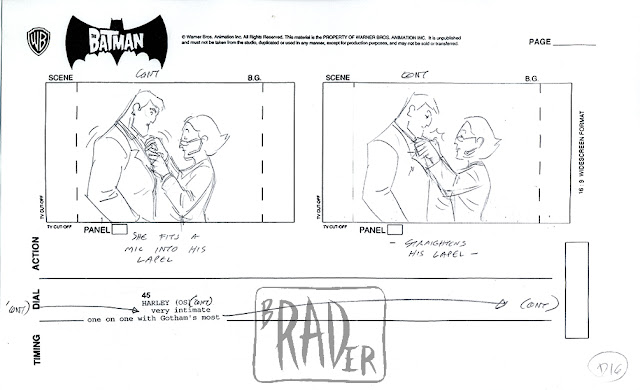 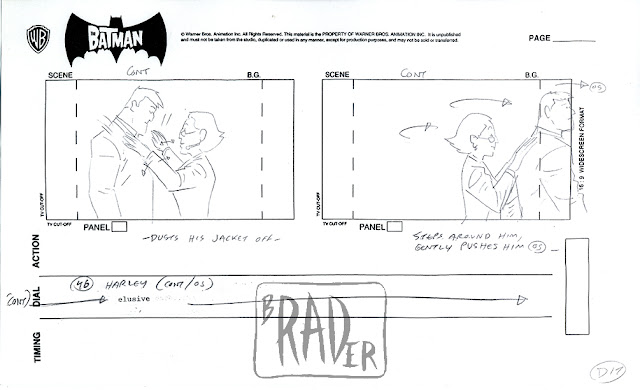 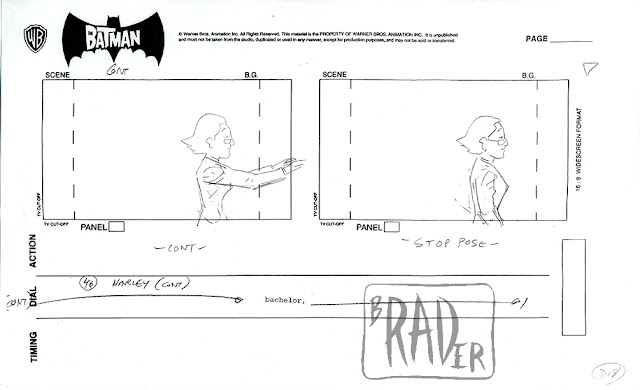