“Two of a Kind” is a reboot of the Harley Quinn character for this current iteration (September 2004 to March 2008) of the TV Animated Batman.Harley’s creator, Paul Dini, is the author of this reimagine as well. In the original version, as described in “Mad Love”, Harley was a psychiatrist at Arkham Asylum who gets The Joker as a patient and is turned to crime by the maniac’s charismatic personality. In the new version,she is the host of a daytime tv talk show that specializes in relationship advice. In both versions, she is amoral before she meets “Mr. J”, so her fall from grace isn’t very far.  Most of my chunk of Act One shows the pre-Joker Harley demonstrating the precise nature of her lack of moral character (to be continued in D-2).

I am posting, in serialized fashion, my storyboard for episode 10 of The Batman - Season 4, “Two of a Kind”. This is part one of the fourth posting. 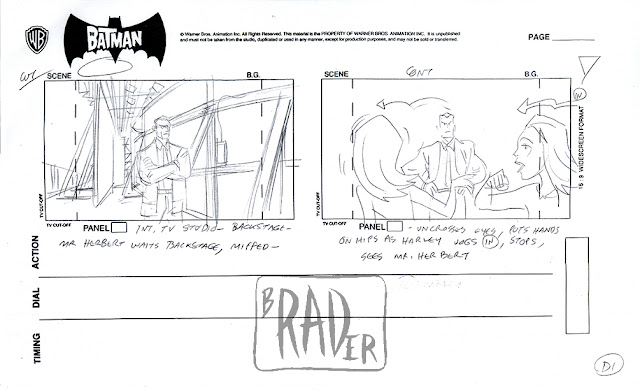 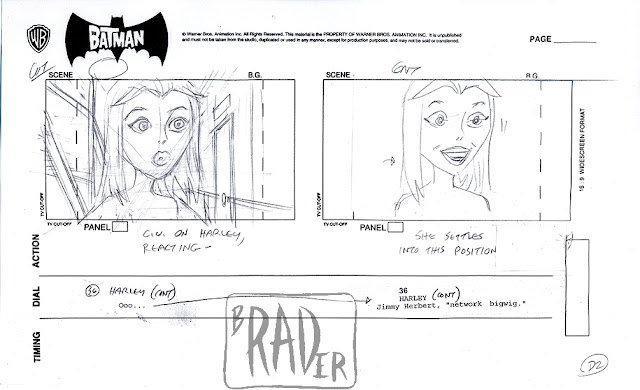 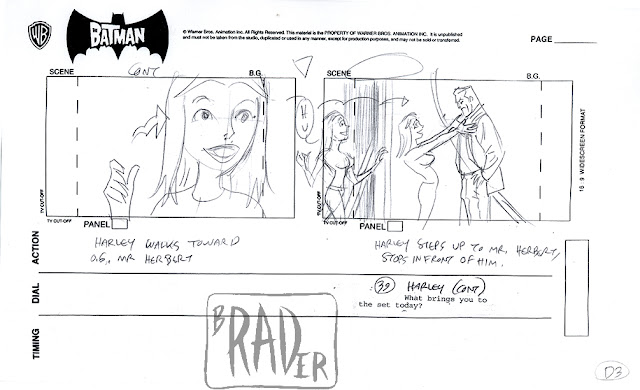 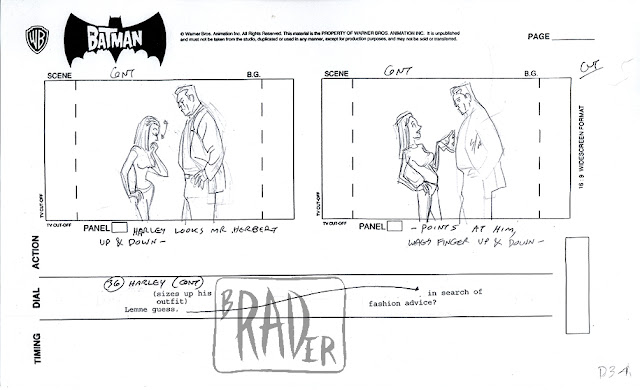 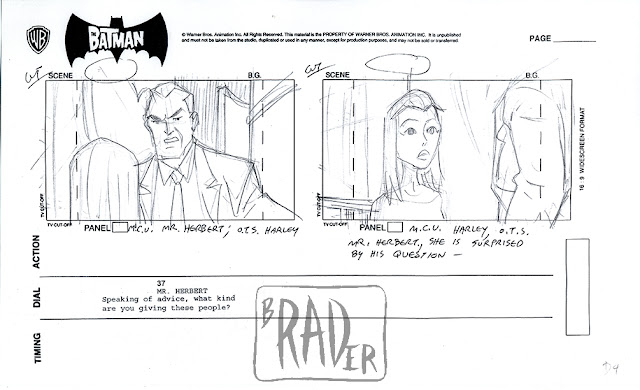 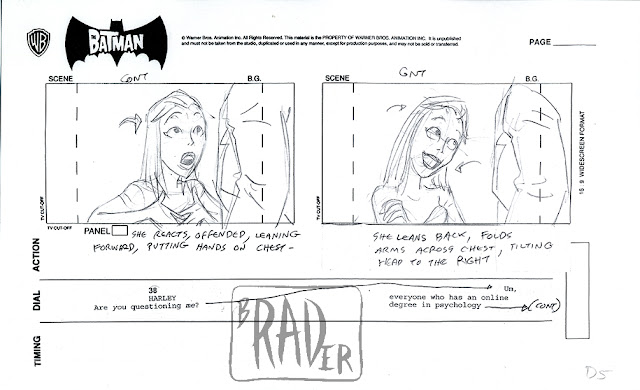 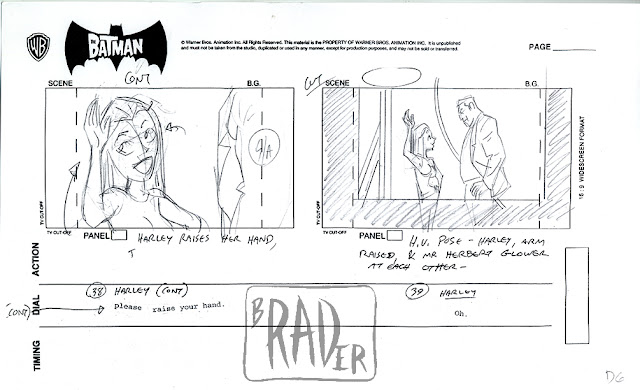 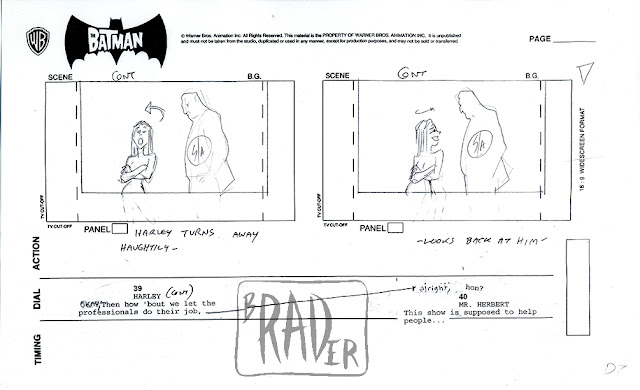 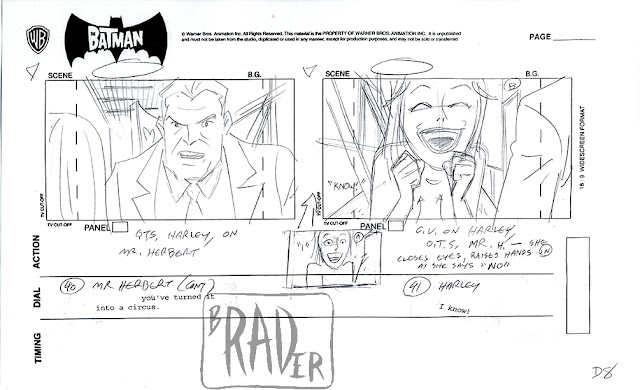 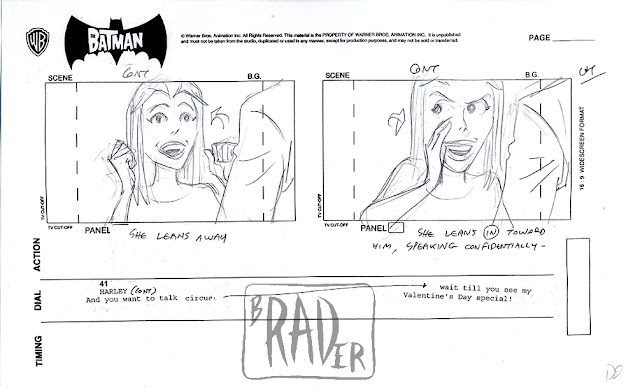