This board is all about acting, one of my strengths, I think. I had the pre-recorded voice-track and had to do the acting to conform to it, instead of the other way around, i.e., we’d storyboard to the script and the voice actors would either record to the script or look at the boards, then record the script. Actually, I don’t know if any voice directors ever actually worked that way.

I am posting, in serialized fashion, my storyboard for episode 10 of The Batman - Season 4, “Two of a Kind”. This is part three of the third posting.

“Two of a Kind” was written by Paul Dini, directed by Antony Chun and produced  by Michael Goguen. Kim Smith was the line producer. The other board artists on the episode were Tim Eldred and Young  Yune. Jeff Matsuda was the main character designer. 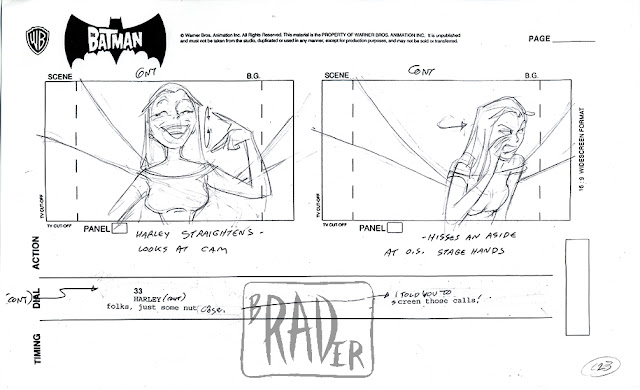 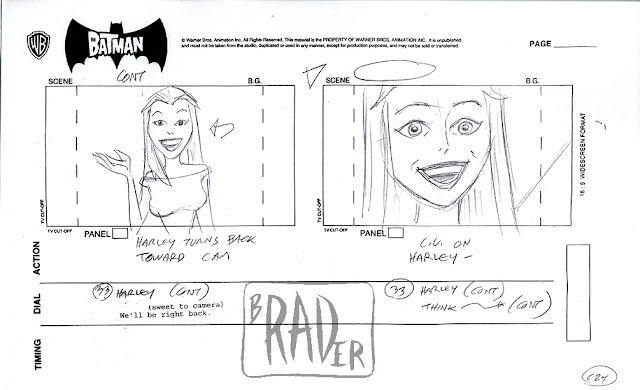 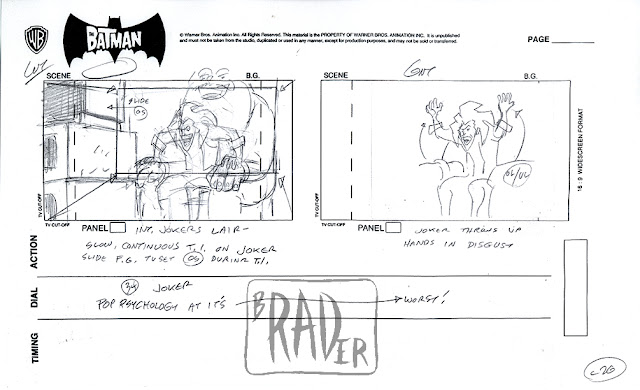 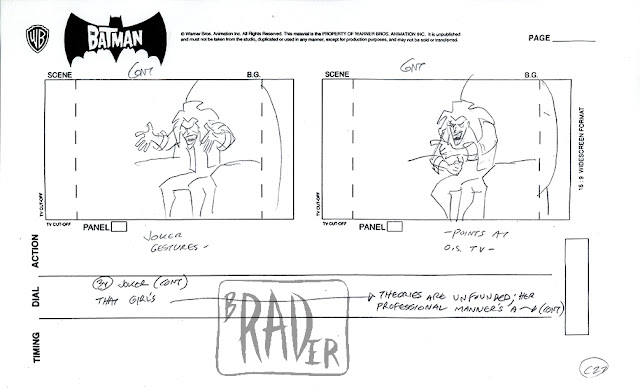 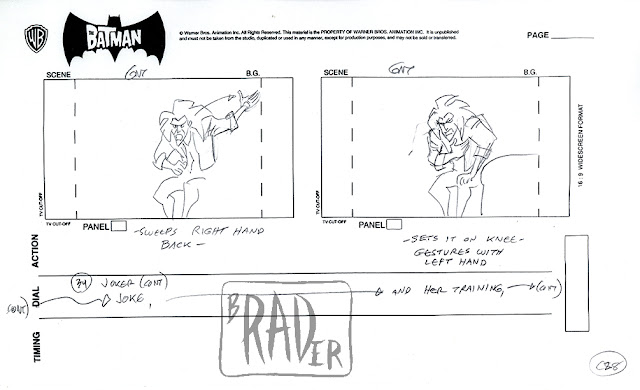 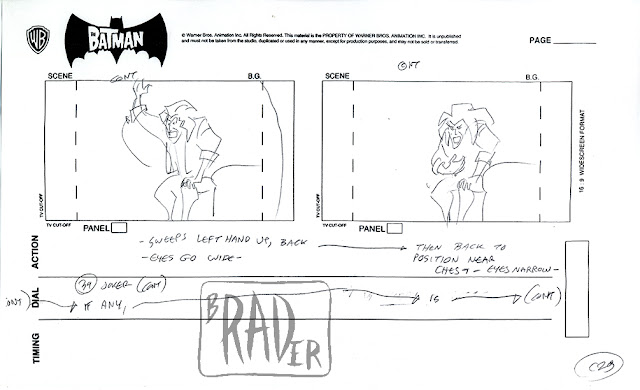 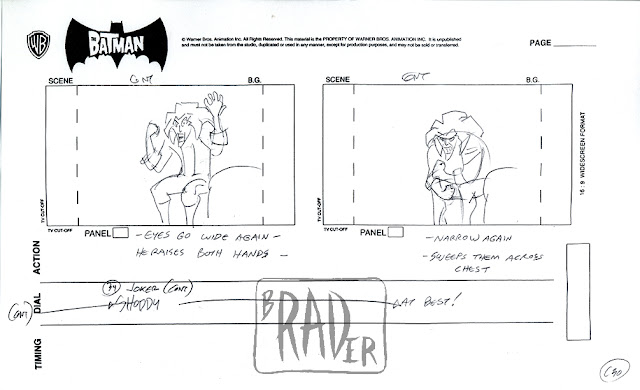 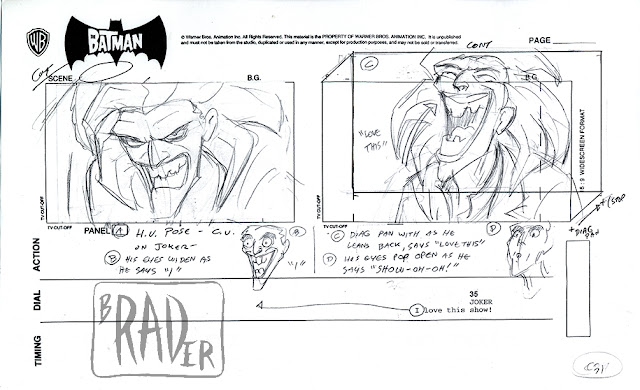 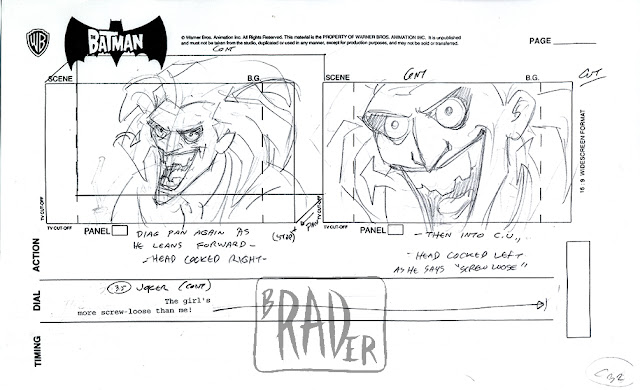