During this period, (2005), I was living through an extended (6 year) period as a near-chronic freelancer or working staff on short-lived (less than a year) projects. The staff jobs were, “Megas XLR”, “Stripperella”, “Legends of the Dragon” and “Spawn” (a never-produced direct-release-to-dvd project for Film Roman). Uncle Bob died, and I went to his funeral in a rural suburb of Kansas City, Kansas. I had surgery on both ankles that kept me incapacitated for 2 or 3 months per ankle. I started “Flaming Artist Press” and started self-publishing my homo-erotic “Adults Only” artwork, culminating in the graphic novel, “Harry & Dickless Tom”. This period ended when I my Batman director, Antony Chun, got hired on the season 11 re-vamp of “King of the Hill”, in 2006. The long-running series had been canceled after season 10, the layout team scattering to the 4 winds. Then Fox ’TV decided to renew it for season 11, and they had to re-tool the series as a story board driven show (as opposed to lay-out driven as it had been previously.

I am posting, in serialized fashion, my storyboard for episode 10 of The Batman - Season 4, “Two of a Kind”. This is part two of the third posting.

“Two of a Kind” was written by Paul Dini, directed by Antony Chun and produced  by Michael Goguen. Kim Smith was the line producer. The other board artists on the episode were Tim Eldred and Young  Yune. Jeff Matsuda was the main character designer. 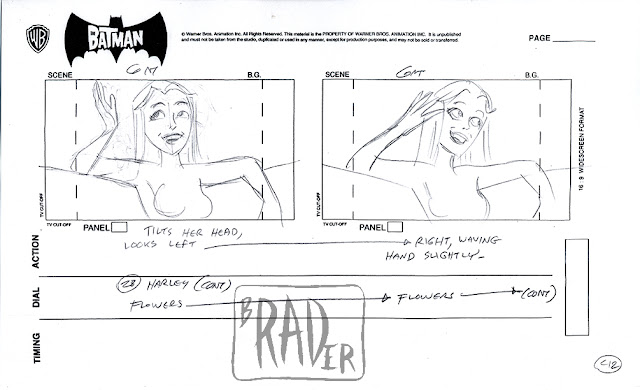 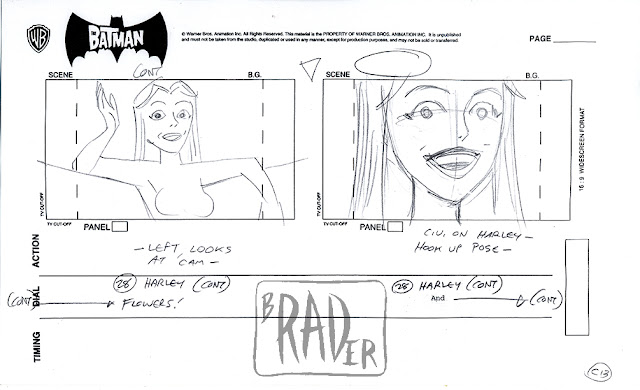 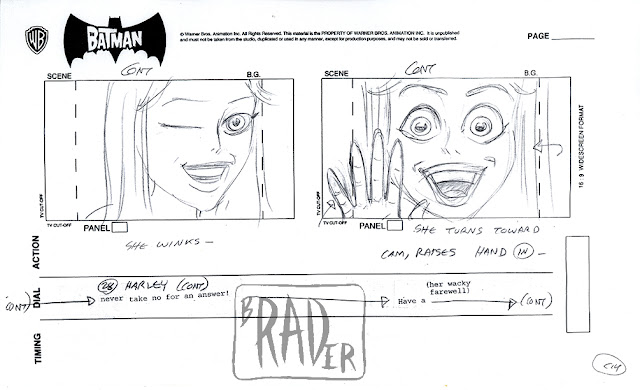 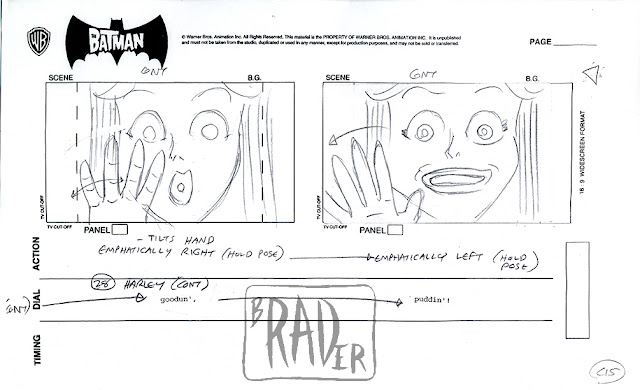 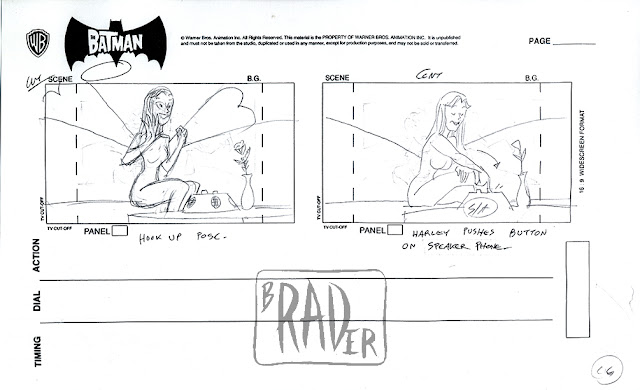 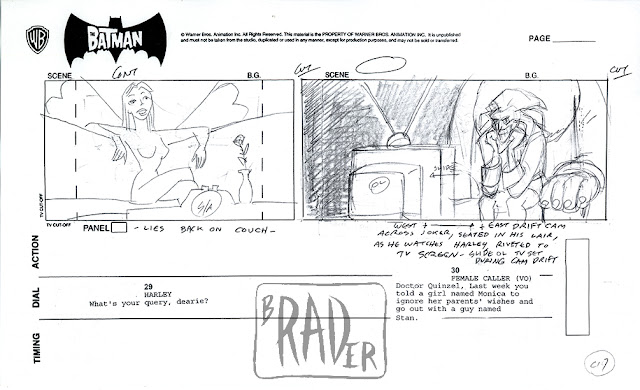 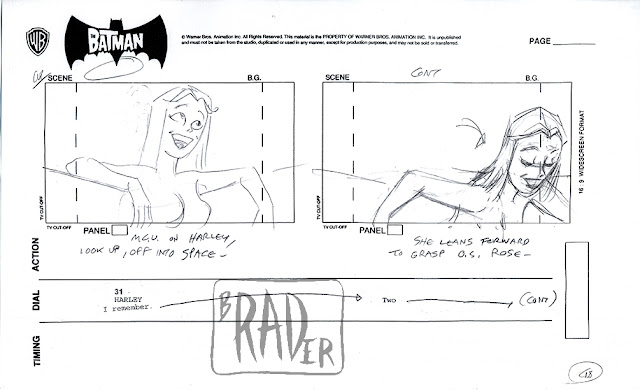 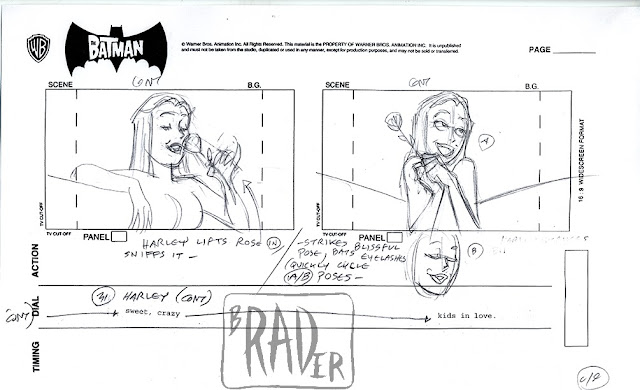 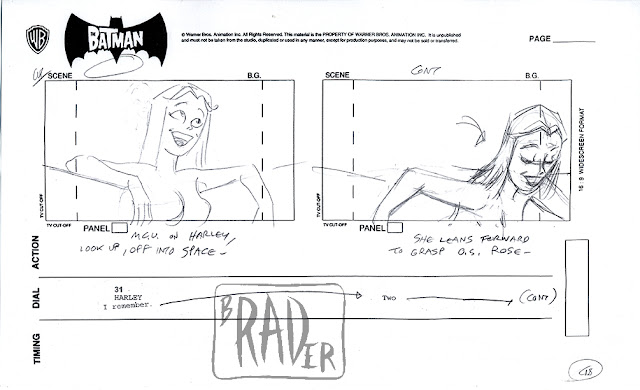 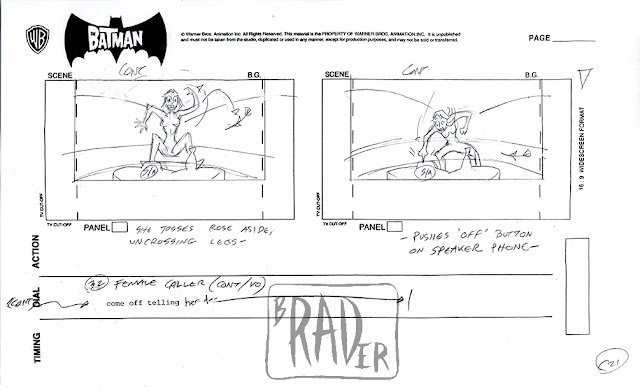 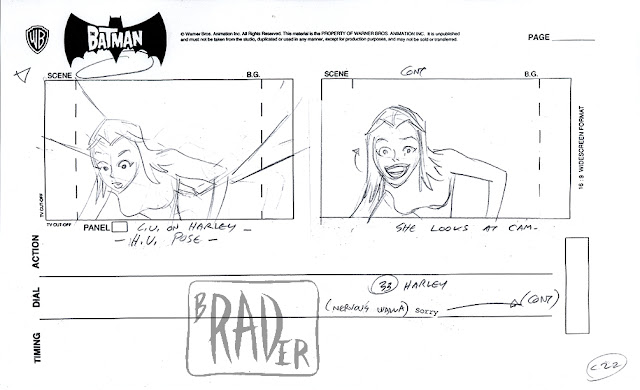