Panel 3 of this page is what’s know as a “cheat”. Bruce and Salina should have been standing directly in front of the minister as they had their marriage-sealing kiss; instead I blocked them standing on the opposite end of the church. My excuse is, I had many elements to fit into that panel. According to the script: “Their wedding. Bruce and Selena kissing at the end of the aisle. His parents are behind him, looking happy. Rice and confetti showers. Batman and The Stranger are behind the priest. Alfred is nearby too.” I felt like I had to stick the newlyweds in the foreground for a nice, juicy close-up, which meant throwing everything else into the background. Oops; it looks like I forgot to but Alfred in the shot. Nobody pointed this out to me; in fact this is the first time I’ve noticed it.

I sort of regret panel 4; the foreground close-ups on Selena and Mama Wayne feels kind of jump-cutty.

I am serially posting each page from Gotham Adventures #33, published by DC Comics in February, 2001. I will be posting Ed Brubaker’s script, my roughs, pencils and printed versions of each page. This is day 10, page 10. 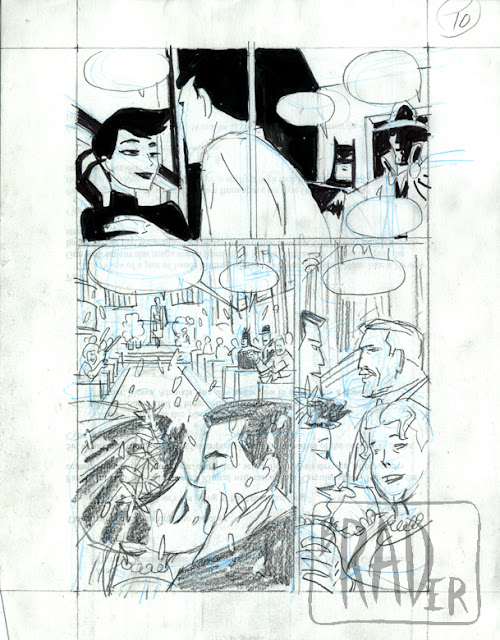 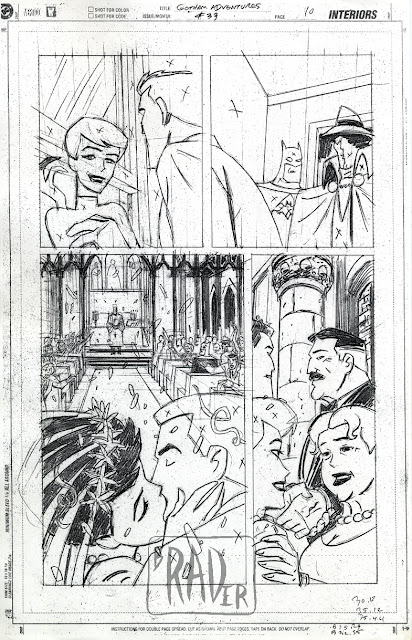 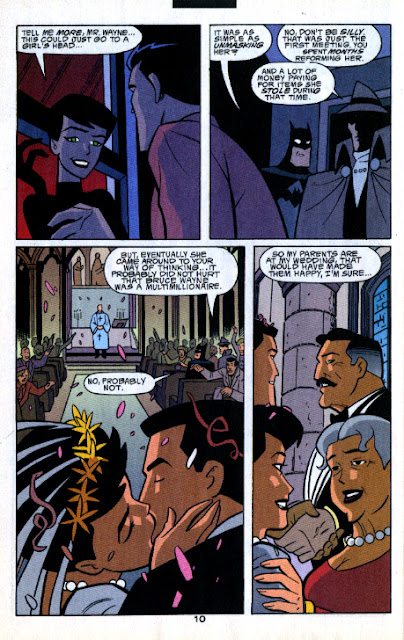 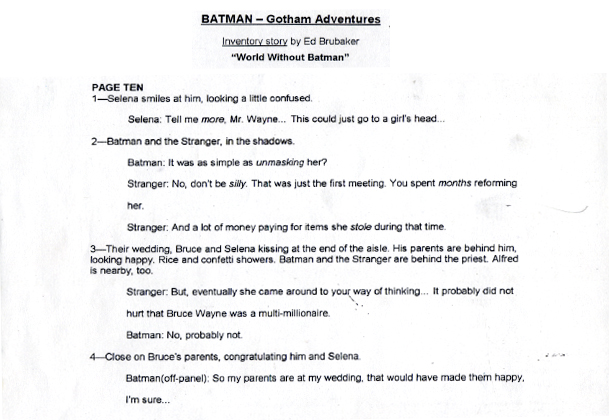