I would sketch in my suggestions for the placement of the word balloons in my roughs. On occasions when the script numbered the dialogue balloons I would simply put that given number in the appropriate balloon in the rough. The script for “World Without Batman”, by Ed Brubaker,  did not (number the dialogue balloons, that is) so I wrote simplified versions in my balloon placements. In this case, the writer, Ed Brubaker remarked on this when we discussed these roughs. I don’t recall if he was amused or annoyed. I vaguely recall him saying another artist he had worked with had done something similar, but I can’t imagine, this early in his mainstream career, who it could have been.

I am serially posting each page from Gotham Adventures #33, published by DC Comics in February, 2001. I will be posting Ed Brubaker’s script, my roughs, pencils and printed versions of each page. This is day 7, page 7. All posts in this series are archived on my website blog, http://blog.raderofthelostart.com 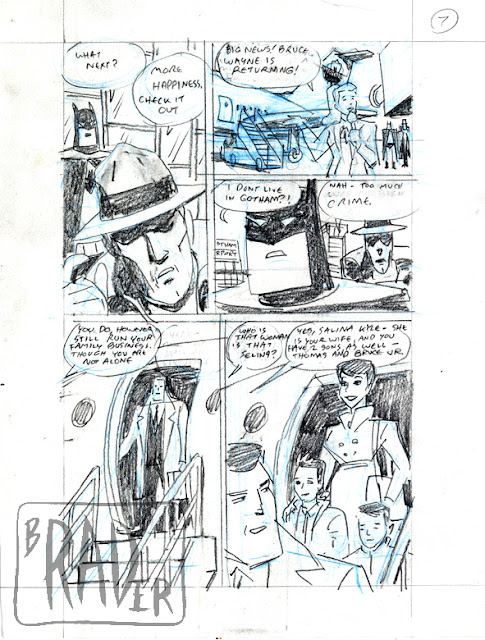 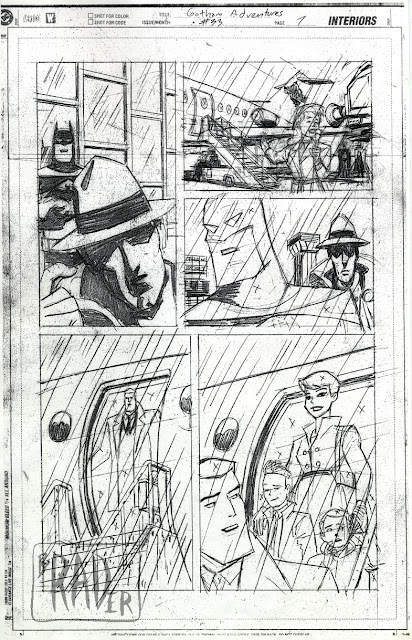 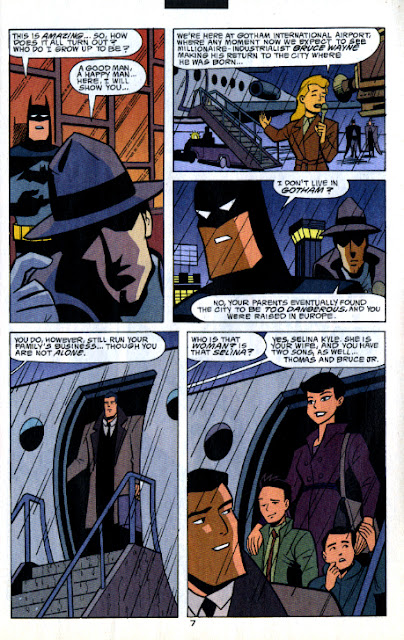 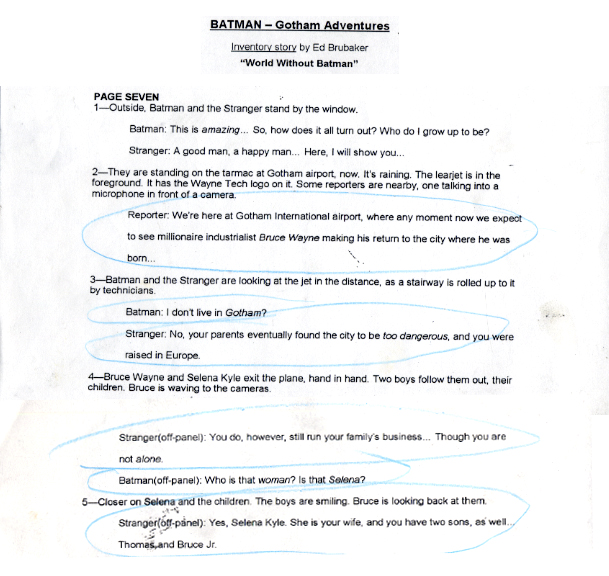