I’ll write more about Ed Brubaker when I post the pages from my 7 issue run on “Catwoman”, 6 of which were written by Ed.

“World Without Batman” is an obvious homage to “It’s A Wonderful Life”, the Frank Capra directed movie starring Jimmy Stuart, Donna Reed, Lionel Barrymore, and Thomas Mitchel, as George Bailey’s (Jimmy Stuart’s) guardian angel. In WWB, the guardian angel role is filled by the Phantom Stranger. I decided to only show PS with his lips closed, as though he were communicating telepathically. I point it out because I doubt it would be noticed otherwise, especially since some artists draw their character’s mouths shut as a default, open only in rare instances. (I can’t name any off hand, but it’s something I’ve noticed over many years of reading comics.)

I am serially posting each page from Gotham Adventures #33, published by DC Comics in February, 2001. I will be posting Ed Brubaker’s script, my roughs, pencils and printed versions of each page. This is day 6, page 6. 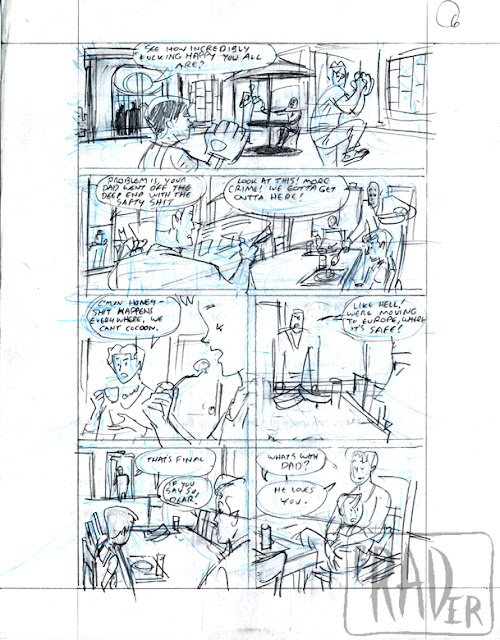 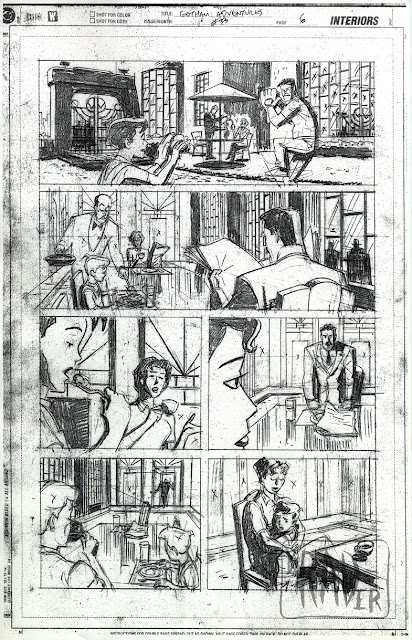 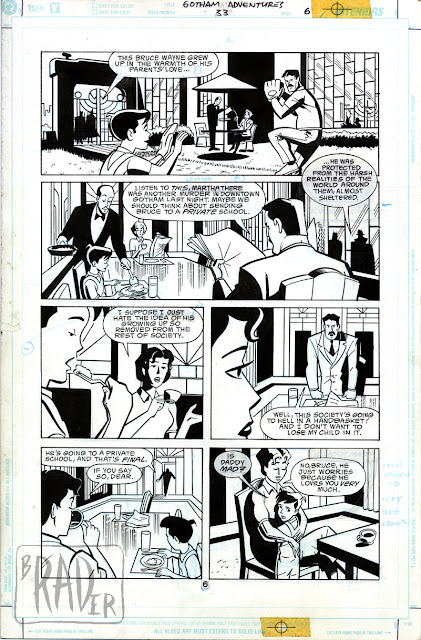 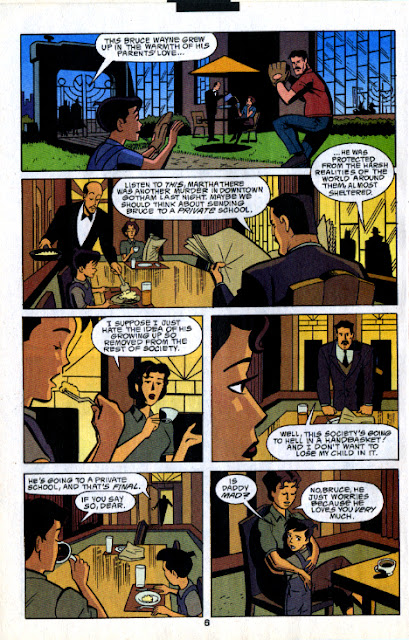 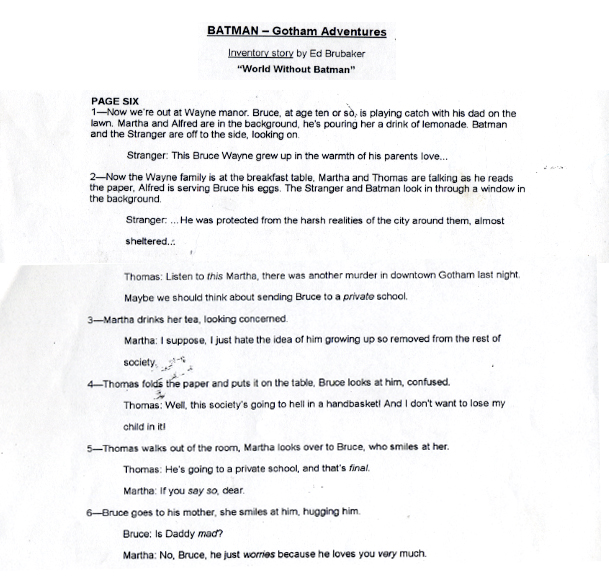