Ed Brubaker, the writer of “World Without Batman”, was brought to DC by Bob Schreck when Bob came aboard as group editor in 2000. Judd Winnick and Greg Rucka also part of Bob’s stable, culled from the indie comics scene where Bob was a head honcho after having started and achieved some success with ONI Press. In fact, it was understood that DC hired Bob for precisely this reason: to spice up DC’s tired 90’s output with some new indie blood. He made a big splash when he brought in Kevin Smith to write the relaunch of Green Arrow, and another bigger but messy splash when he talked Frank Miller into writing and drawing the sequel to The Dark Knight.

I was familiar with Ed Brubaker’s work because of the Vertigo mini-series, “Scene of the Crime”, published the previous year. I read it because I was a fan of Michael Lark, but became a bigger fan of this writer of dark, morally ambiguous crime stories. I was jazzed when I learned he’d be writing my first (of many, hopefully) scripts for Bob.

I am serially posting each page from Gotham Adventures #33, published by DC Comics in February, 2001. I will be posting Ed Brubaker’s script, my roughs, pencils and printed versions of each page. This is day 5, page 5. 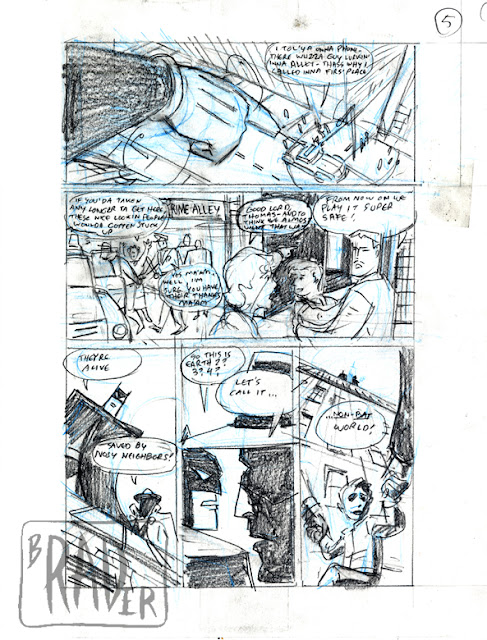 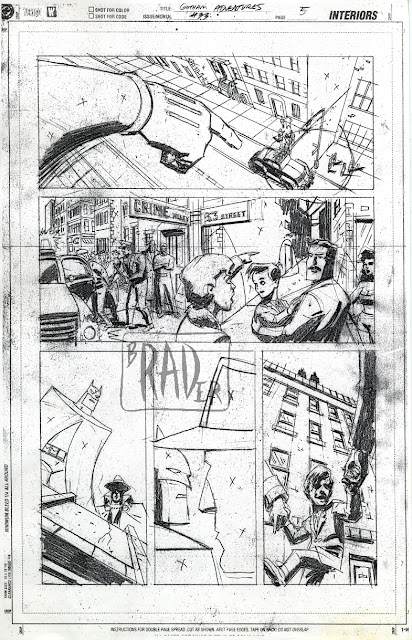 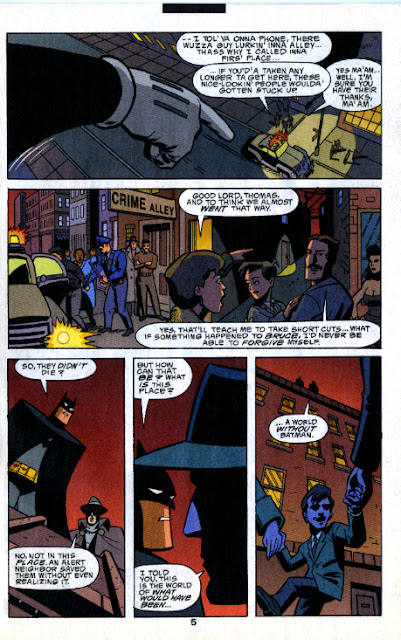 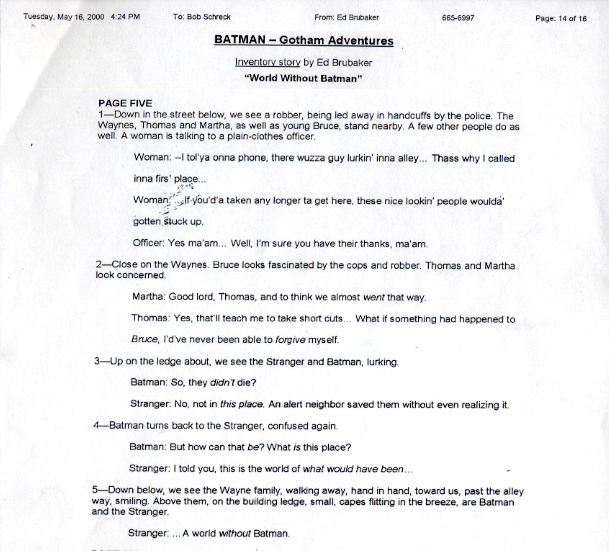