As seen in my notes on the script page, I thought this should be a two parter. “Up next we have the origin of “Team Bat”! Bruce scoops up Dick Grayson and Tim Drake, takes them to Wayne Manor, where Selina to school them on combat and stealthy break-and-enter! The four of them set out to take back Gotham!” I made this pitch to Ed Brubaker who was uninterested, pointing out that it had already been done as an Elseworlds book.

One of my main gripes about working in comics was my lack of control once the artwork left my hands. I’ve rarely been happy with the coloring jobs I’ve received; this page is a case in point.

If you study the layout rough and the pencil page you’ll see that I gave unambiguous directions for the lighting in Panel One, even pencilling the shadow on Bruce’s face in red so that it would be done as a self-color line shape area. The point was that Bruce should be lit by the explosion directly in front of him. The colorist ignored this and opted to light Bruce almost from behind, which means either that the explosion fire he’s supposed to be looking at is behind him, or that the random rim light was brighter than the fire. Wrong either way.

I am serially posting each page from Gotham Adventures #33, published by DC Comics in February, 2001. I will be posting Ed Brubaker’s script, my roughs, pencils and printed versions of each page. This is day 22, page 22. 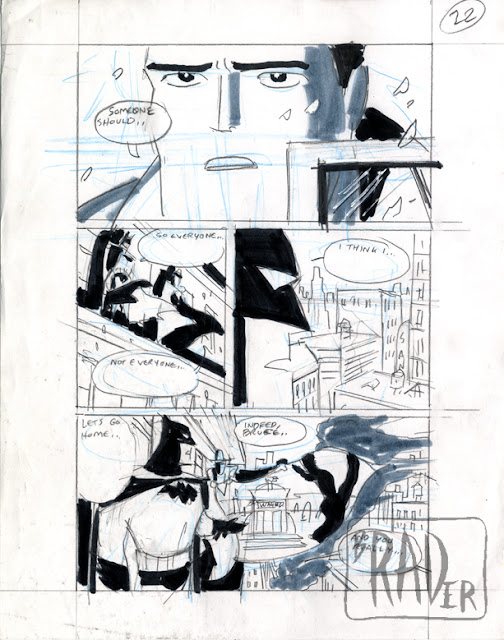 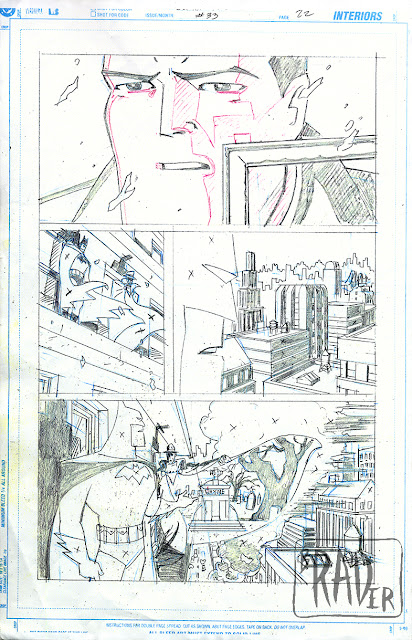 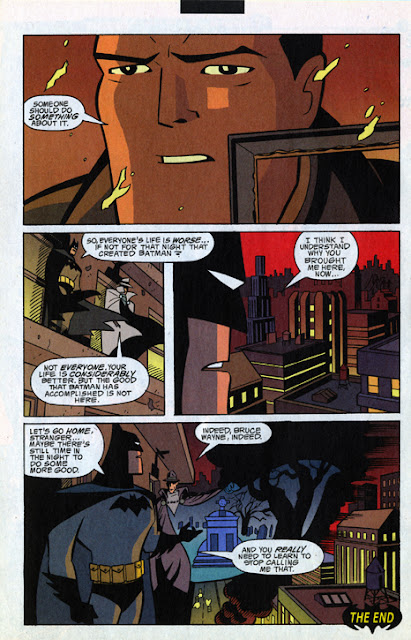 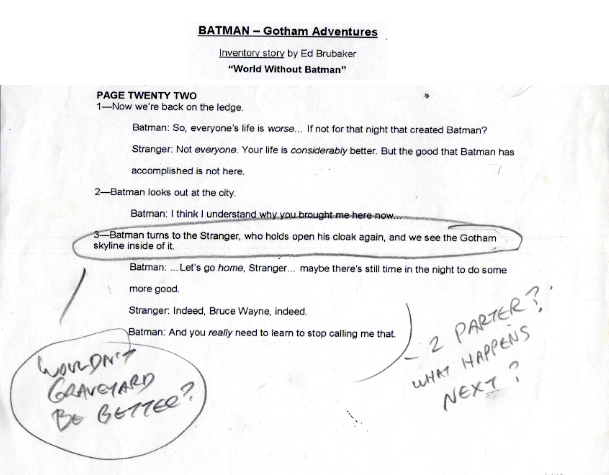