I did storyboarded on the Batman Animated TV series from the first episode, “On Leather Wings” in January of 1991, until February of 1993, on “Batman: Mask of the Phantasm. (I took 3 months off in the summer of 1992 to pencil issues 4 through 6 of “Batman Adventures).I found drawing that iteration of the Bat-cast effortless. Not so with Bruce Timm’s re-design in 1997. I found this version much more difficult; the characters seemed more abstract, they didn’t seem to turn well from one pose to another. I struggled with them in the three times I had to draw them (storyboarding an act of “Birds of a Feather” and pencilling issues #33 and 51 of Gotham Adventures). I’m not dissing the re-vamped versions, just saying I found them a struggle to draw.

I am serially posting each page from Gotham Adventures #33, published by DC Comics in February, 2001. I will be posting Ed Brubaker’s script, my roughs, pencils and printed versions of each page. This is day 16, page 16. 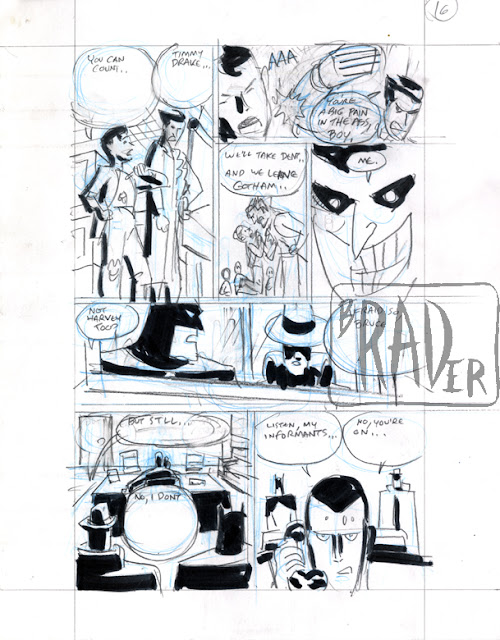 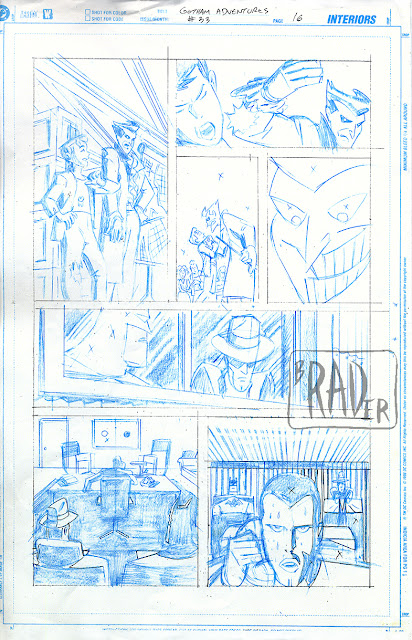 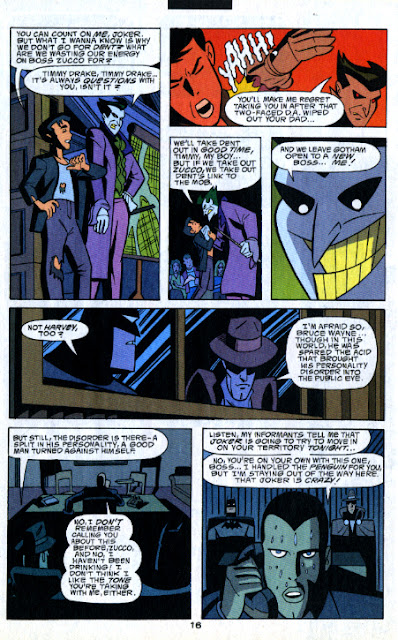 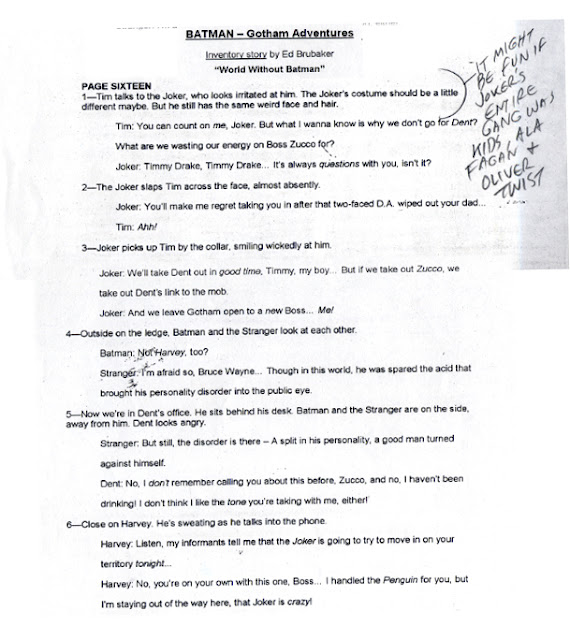