The Phantom Stranger is an important guest star in “World Without Batman”, from Gotham Adventures #33. I’ve loved the character since his run in the early 70’s and was eager to try my hand at him. In a way he’s like Batman only more so; a figure of mystery, ambiguity, never explained, although I vaguely recall he had an origin in a mid-80’s issue of “Secret Origins”. If so, bad on DC; the less one knows about characters like this the better.

I asked my editor, Bob Schreck, if The Phantom Stranger had ever appeared in any of the Animated TV Series spin-off books. As he was new to the franchise himself, he couldn’t help. I asked my remaining contacts on the TV series if PS had made any guest appearances. I was surprised and ambivalently pleased to learn that he hadn’t. On one hand, I didn’t have time to mess around with character design, goddamn it; on the other hand, casting is one of my favorite parts of the job, and here I had a certain amount of free rein to show my stuff on a classic character. I based my design for The Phantom Stranger off of Michael Rennie from “The Day the Earth Stood Still”. 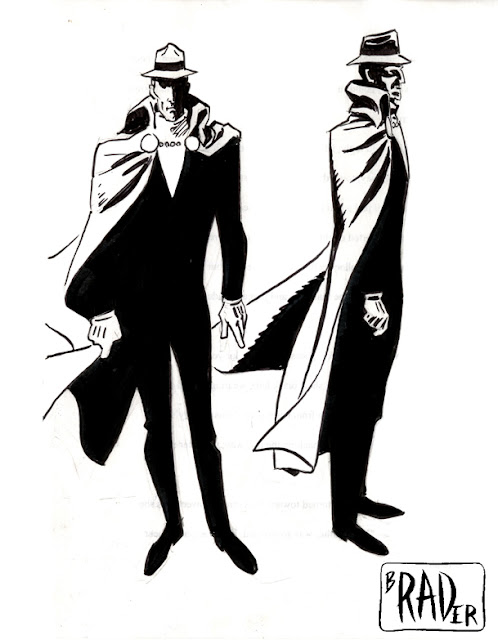 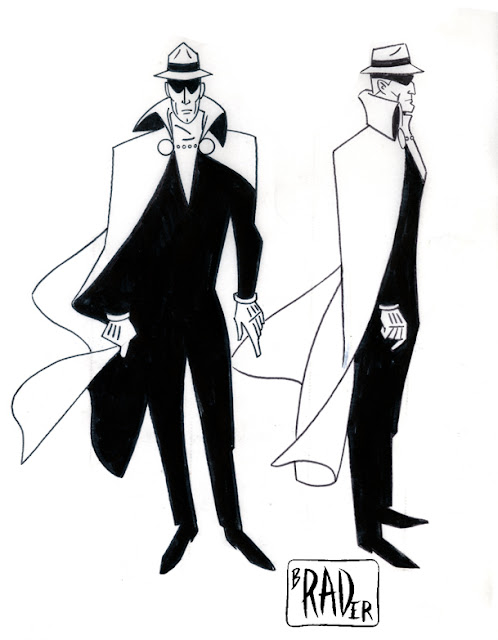 I drew the first version and emailed it to Bob. Almost immediately afterwards I realized it was too “Season One” (Bruce Timm had done a re-work on the cast designs in 1997, simplifying and streamlining them for a more cohesive and consistent look). I did the second version and sent it in to Bob, explaining that the new version was more “Season Two” (or whatever season it was at that point). He simply said, “Thank you.”. 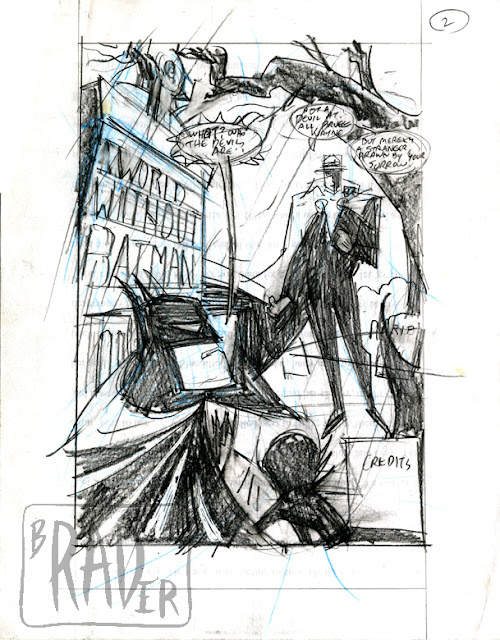 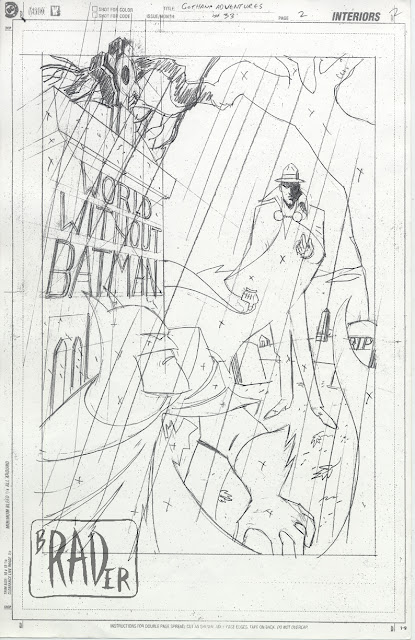 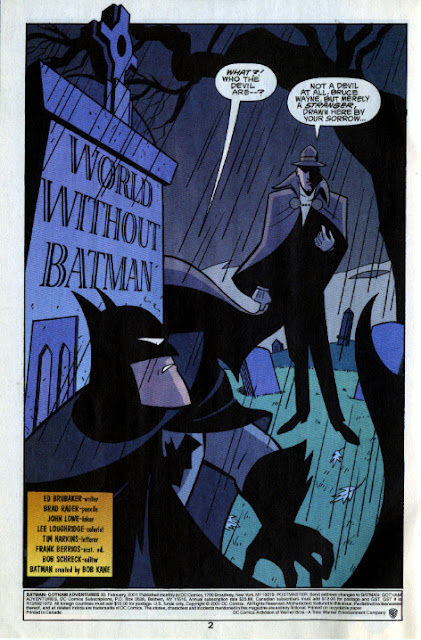 Looking at the printed paged, I kick myself for not doing it as a full-page bleed. What was I thinking? Oh well.

I am serially posting each page from Gotham Adventures #33, published by DC Comics in February, 2001. I will be posting Ed Brubaker’s script, my roughs, pencils and printed versions of each page. This is day 2, page 2.
Posted by Brad Rader at 7:00 AM