Here we introduce Maggie, modeled off Angela Lansbury in her “Murder She Wrote” persona.

The second way we (Kevin and I, but mostly me, since it was my idea and Kevin (and Bruce Timm) let me) went off script was, there was at least a script page describing how Maggie arrives and I cut all that shit out because it slowed things down. Or maybe the script had the boys located in the room  close to the front door, and we needed bring Maggie to them in their new location. In ant case it was my idea to have the nosey old girl sneak around back and discover the boys in their man-cave. Having her bust in uninvited simply demonstrated her forward-leaning character.

I must say, I wasn’t slaving over the drawing in this sequence. I seemed to have been putting in the bare minimum of polish. I’m glad it was acceptable to Bruce and Kevin. The only thing that sort of bothers ME about it is Maggie’s rather mannish shoulders; I can’t believe Bruce’s model looked like that.

One of my primary stylistic influences as a storyboard artist was Eddie Fitzgerald, who I worked alongside with on several TV series for DC Entertainment in the mid-80's. He put very little thought into making pretty drawings; it was all about the joke, the staging, the posing, how the board would translate into film. He was not interested in producing an object of art that could be reproduced in some hypothetical "Making Of" art book. His drawings were almost militantly crude; as an Objectivist he had no patience for anything that didn’t directly serve the finished product. 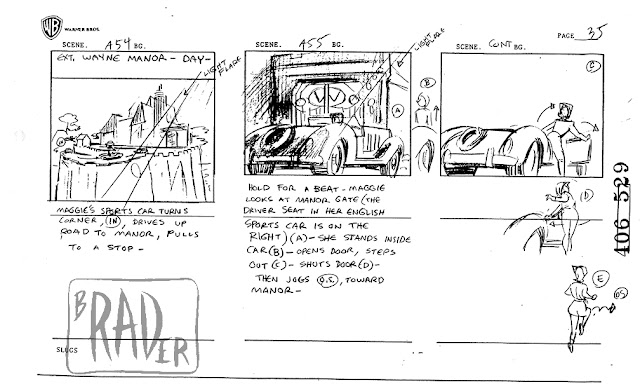 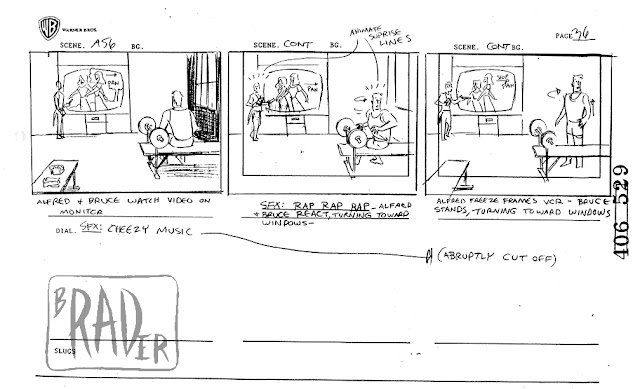 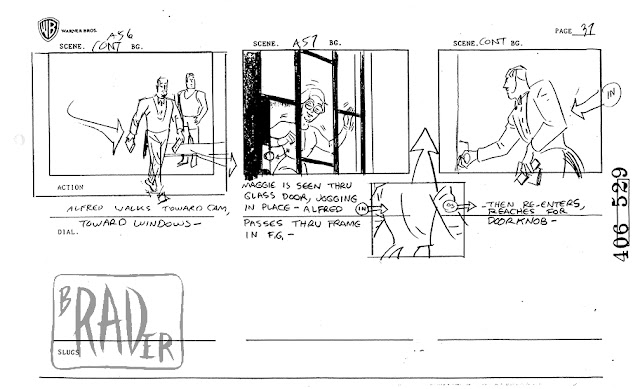 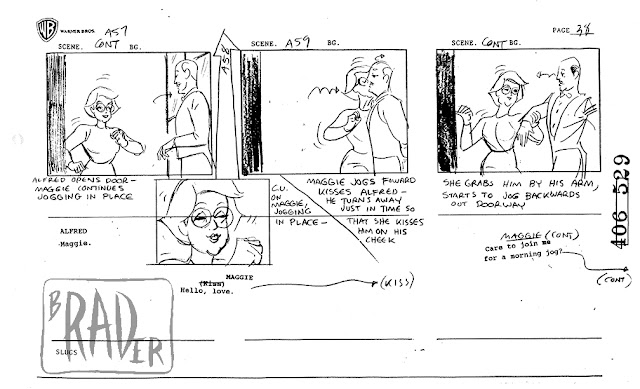 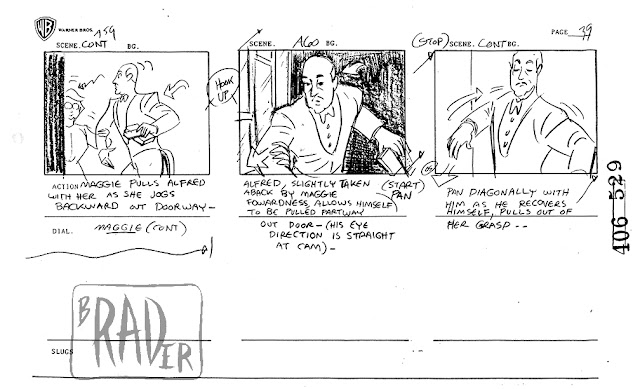 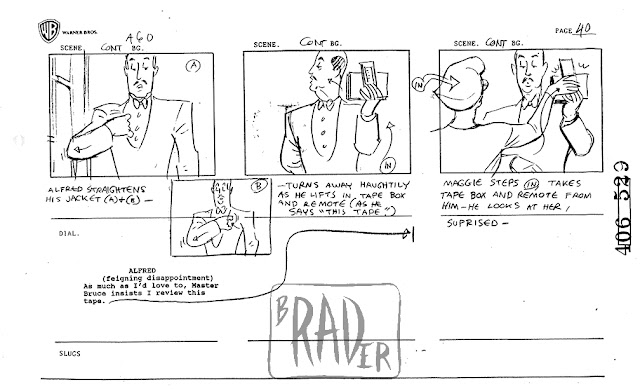 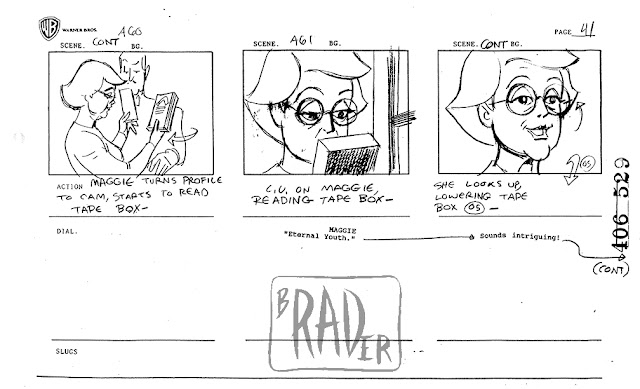 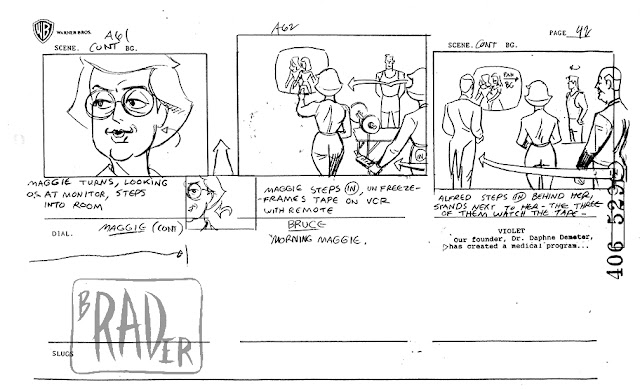 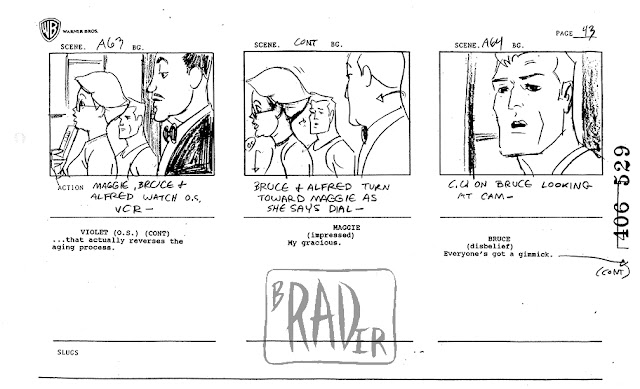 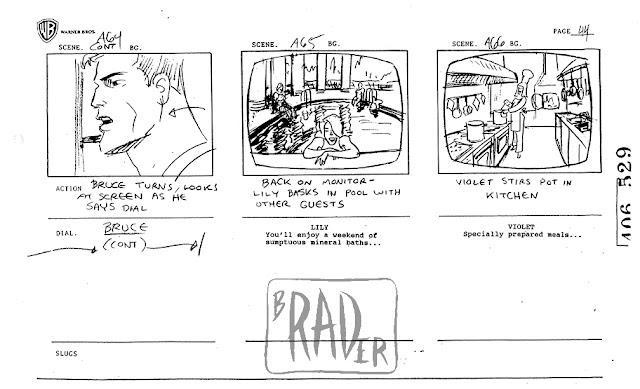 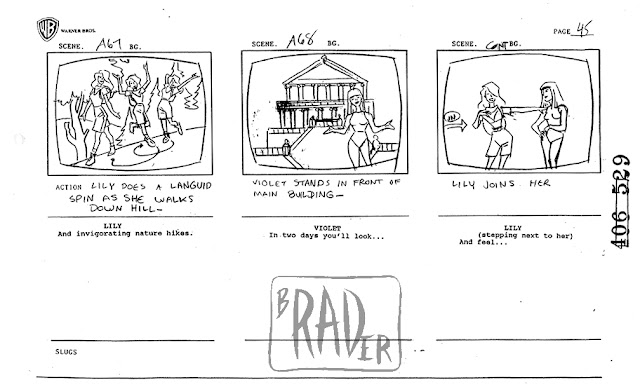 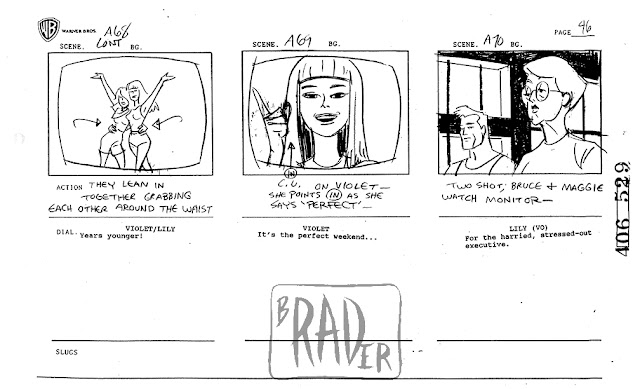 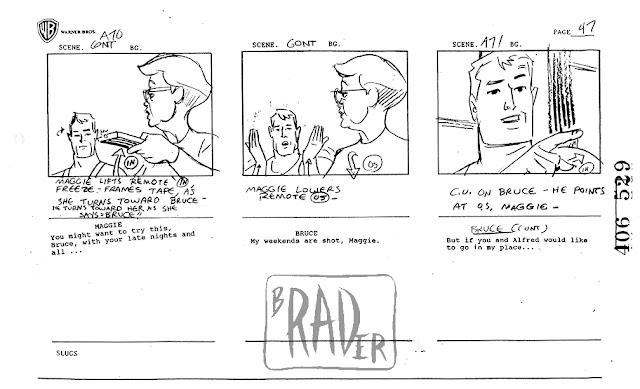 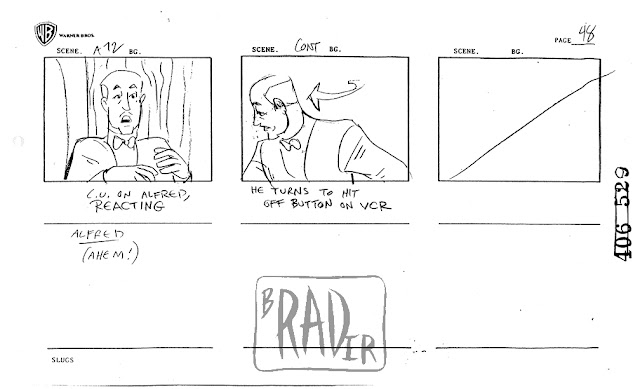 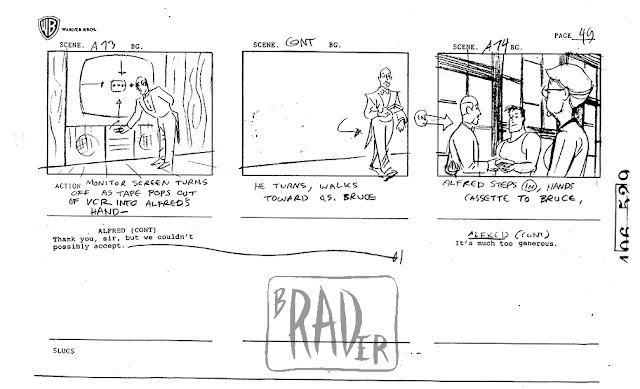 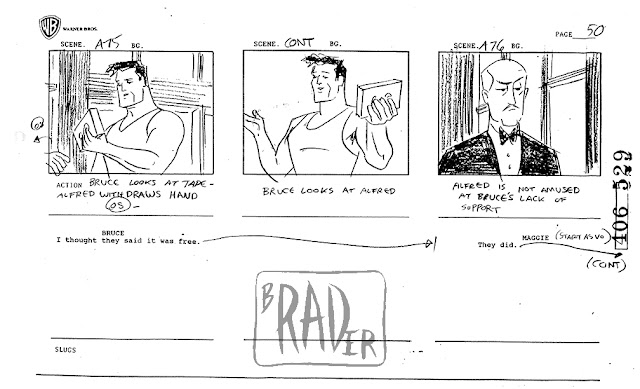 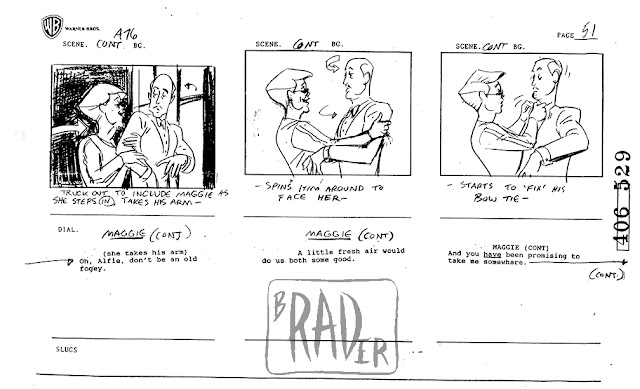 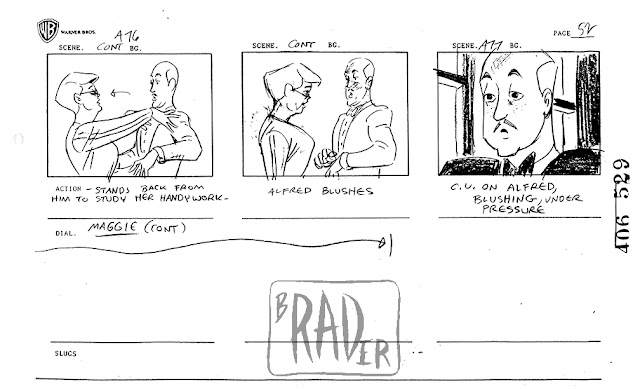 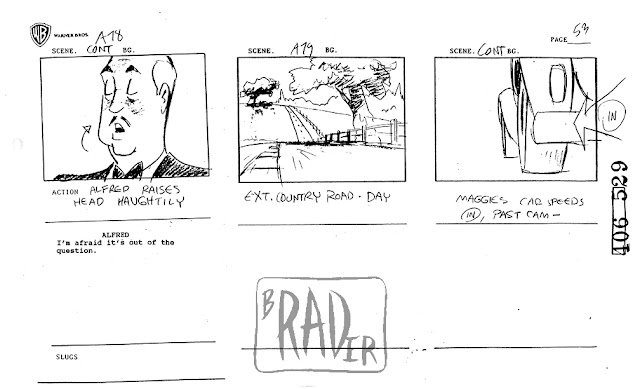