The challenge of this kind of sequence is to stage them so as to be respectful of their iconic familiarity to fans (sort of the Batman version of the Things crying “It’s clobbering time”, etc), yet different enough to be interesting. I approached it by piling as much as possible on each given image, each set up.

I had seen “Penny Serenade”, directed by George Stevens, starring Cary Grant and Irene Dunne, in the mid 80’s, and found that movie deeply inspiring and influential. One of Stevens’ techniques was to set the camera and let events play out in front of it, as in characters moving in and out of frame, often speaking from off camera. One shot especially struck me: Shot from the top of a staircase through the banister railing, we see the lead characters bustling about, trying to keep it together as they prepare to depart for their important meeting with an adoption agency to find out if they get to keep their adopted child (or maybe get awarded the adoption— something like that). I have used this technique whenever possible; it helps simplify and adds a documentary feel. 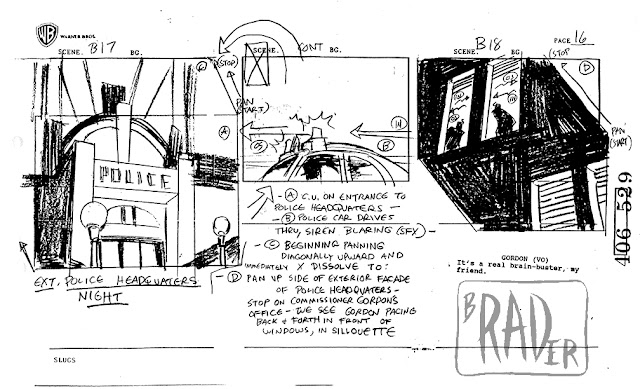 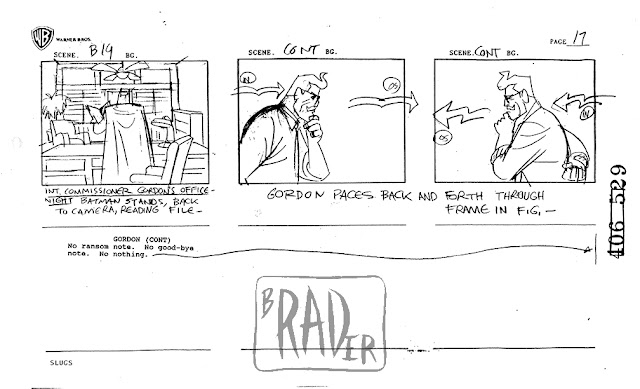 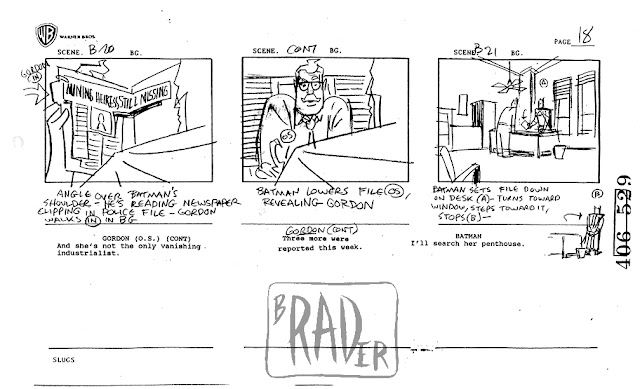 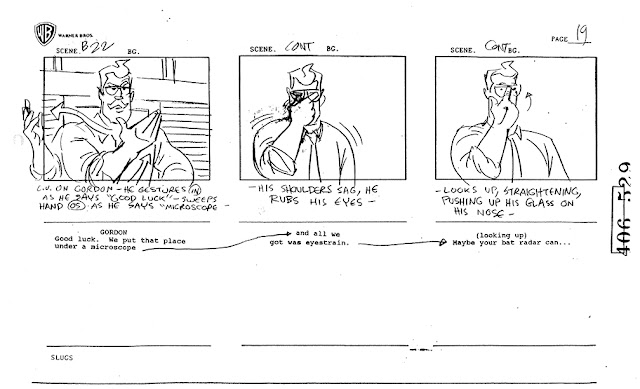 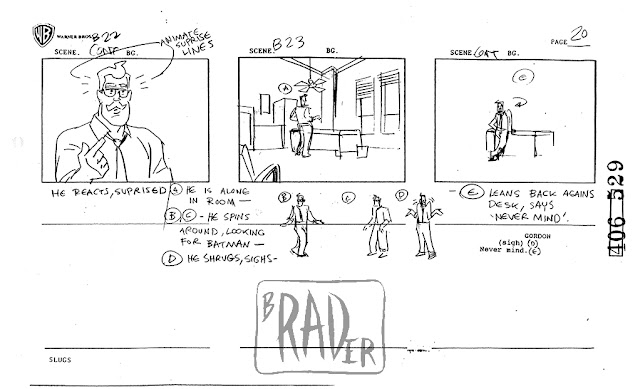