I’m quite proud of this little sequence, at least as far as my storyboards are concerned. I think it’s a really cool idea— a search sequence in a darkened room where everything is pitch black, except for areas being directly hit by a flashlight and the bearer of the flashlight  (in this case, Batman). It follows my basic strategy as a storyboard artist on the series, i.e., to show him as little as possible. This is partly because, as a figure of mystery, the less one sees him the better, and partly because I found him the least interesting aspect of the series. What irony: it had been my goal in life to draw this character since I was 12, and now, 30 years later, I didn’t give a darn.

Unfortunately, the production team ignored my staging directions and made everything outside of the flashlight beam 50% shadow, and therefore completely visible. I forget their reasoning; something about ambient room light reflecting off the viewer’s TV screens. I still think its a great idea and would look fabulous. 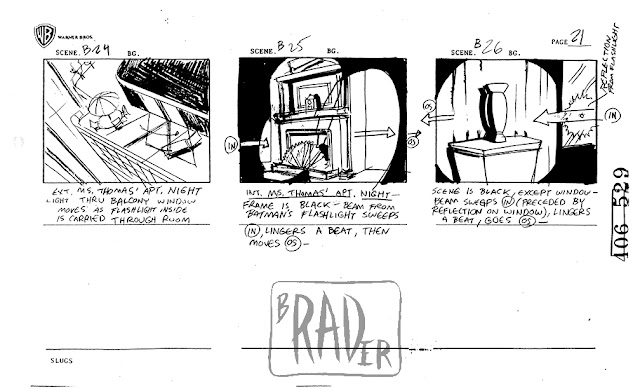 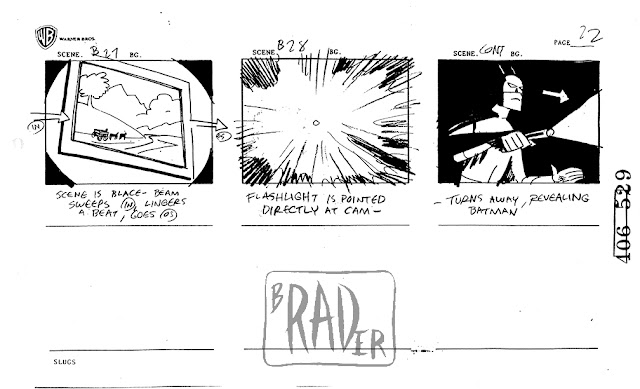 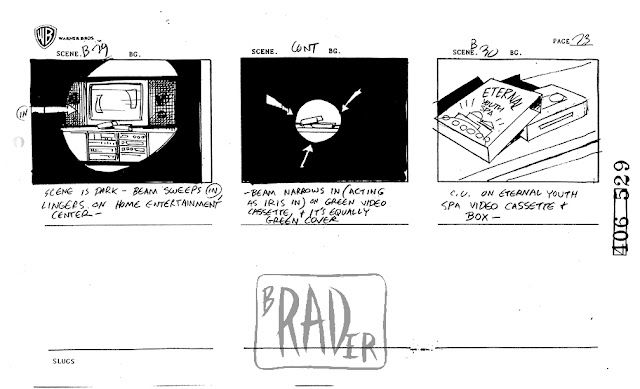 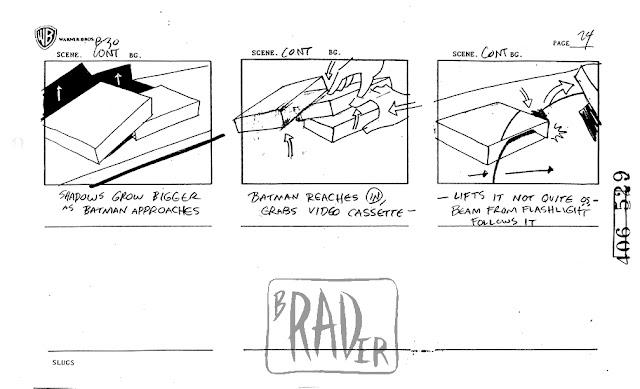 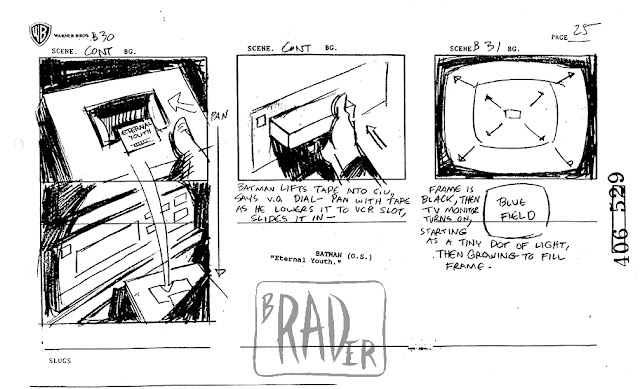 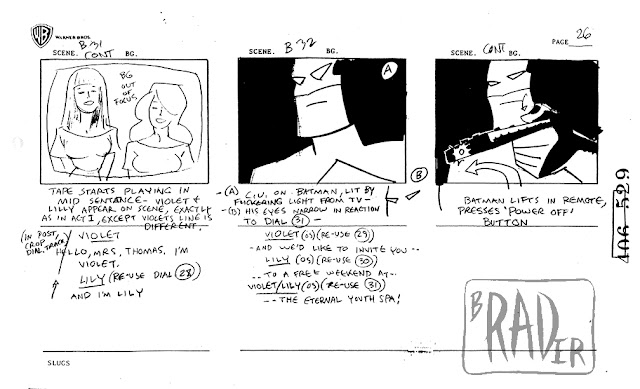 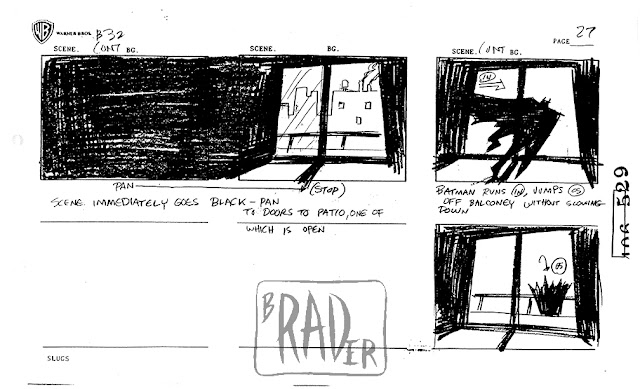