In celebration of my friend and sometimes director, Kevin Altieri, and his appearance yesterday at a panel at the The Long Beach Comic Con discussion the Batman Animated TV Series. and specifically the episode, “Eternal Youth”, I am posting the storyboard to the episode, at least until I run out of gas. I storyboarded almost two thirds of that episode and storyboard supervised part of the rest.

In this sequence we are introduced to Dr. Demeter, the civilian identity of Poison Ivy, who will be unveiled at the end of Act Two. She and her assistants are running a health spa that is really a cover for her plan to exact revenge on CEOs of environmentally ruinous corporations. I thought that the most interesting thing about this is that her project is actually one that I had/have sympathy with. As I told my co-workers at the time, if I had the courage of my convictions, I’d be camping out in old growth forests spiking trees. Or something like that. 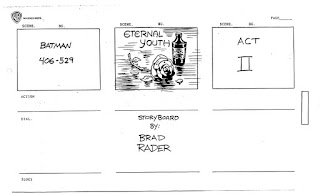 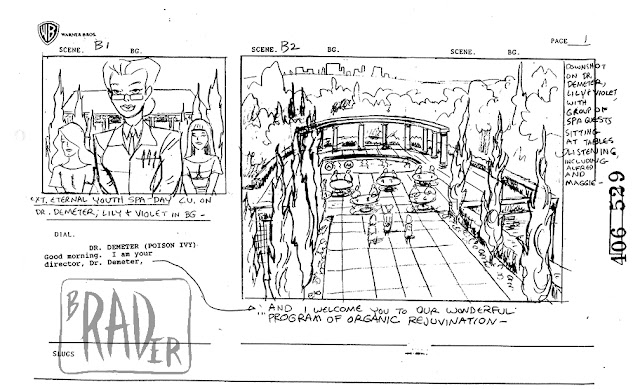 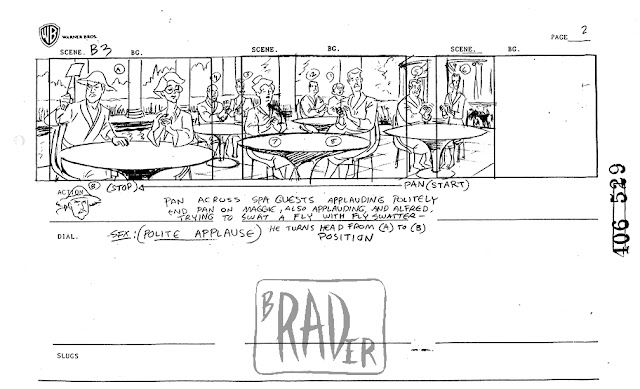 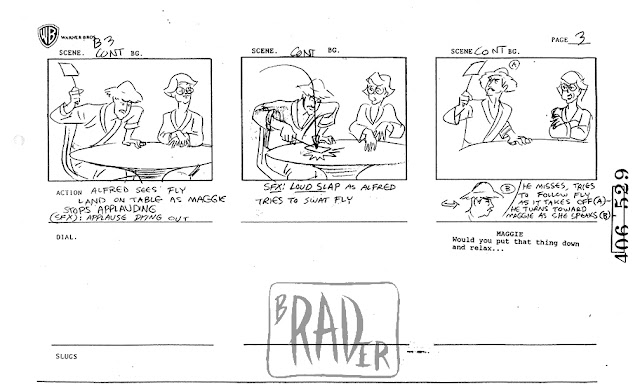 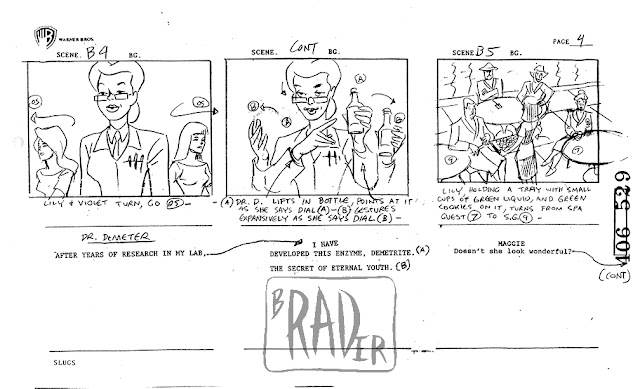 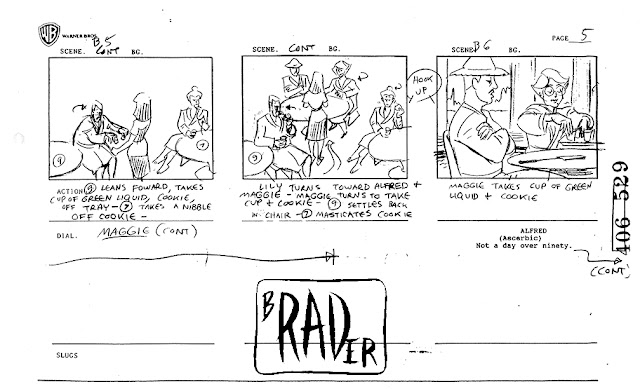 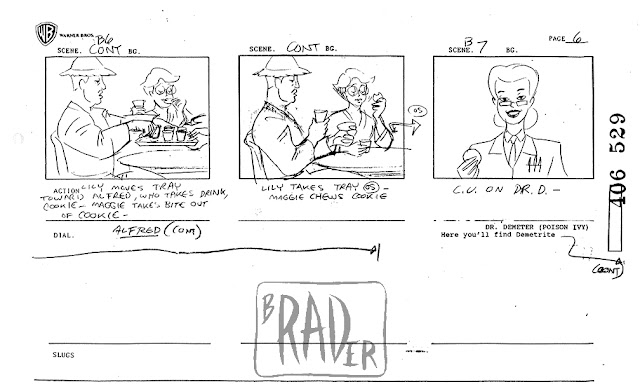 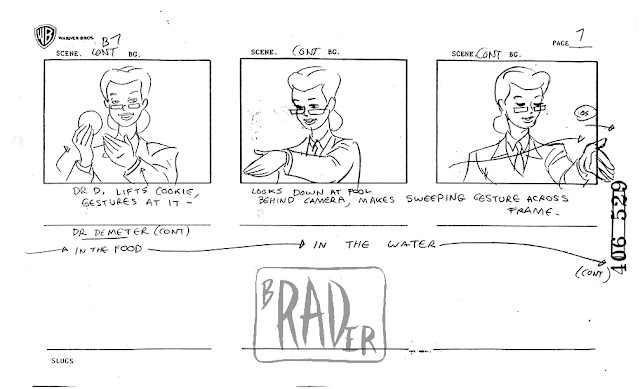 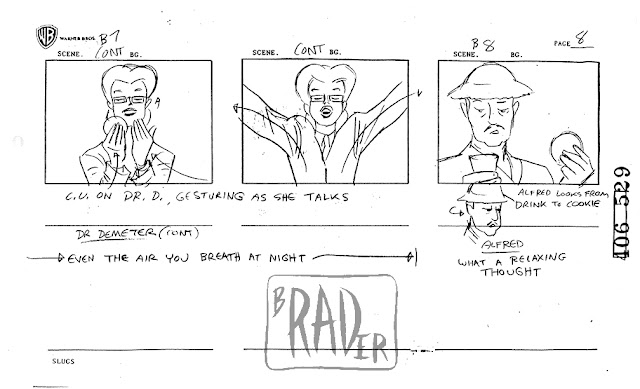 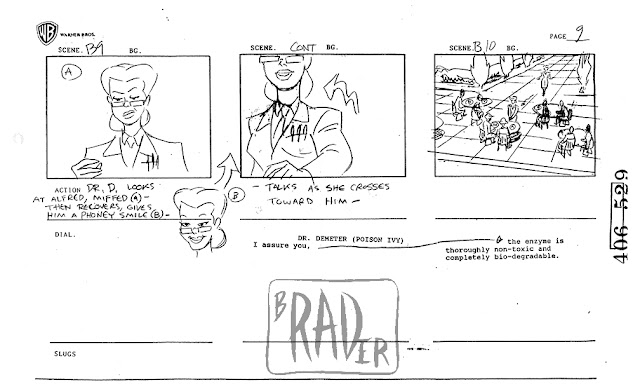 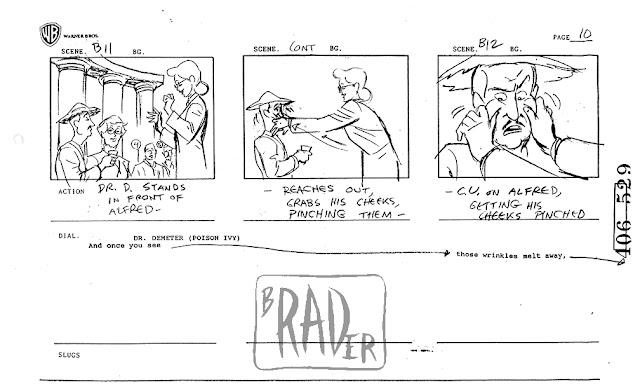 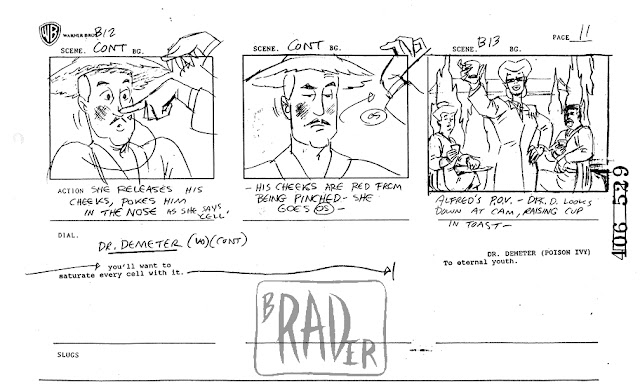 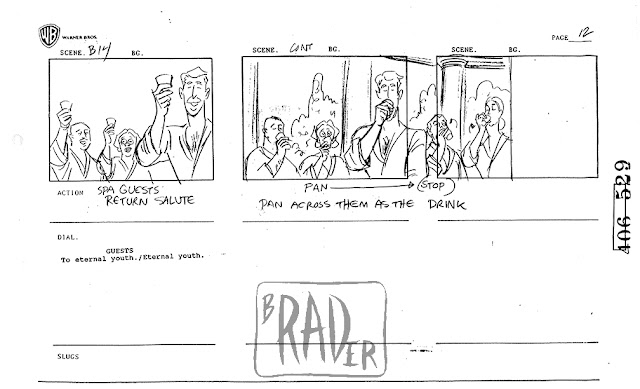 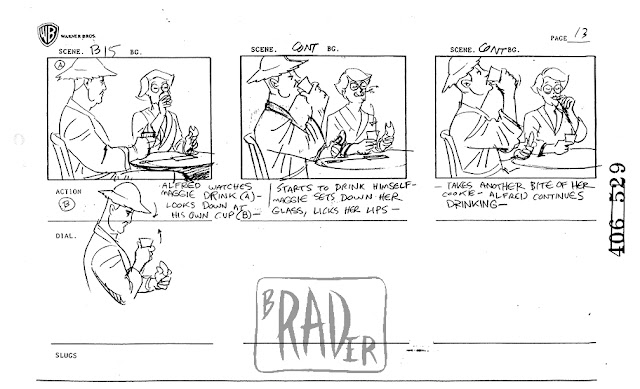 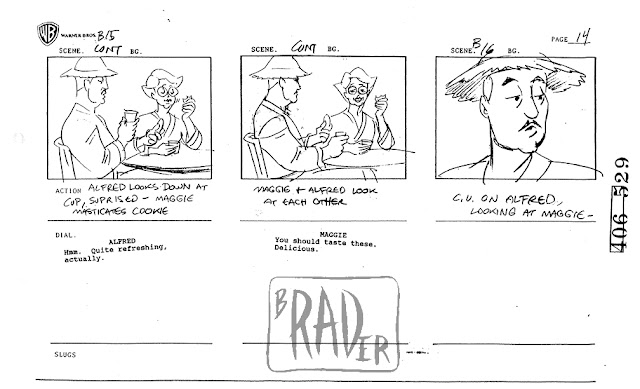 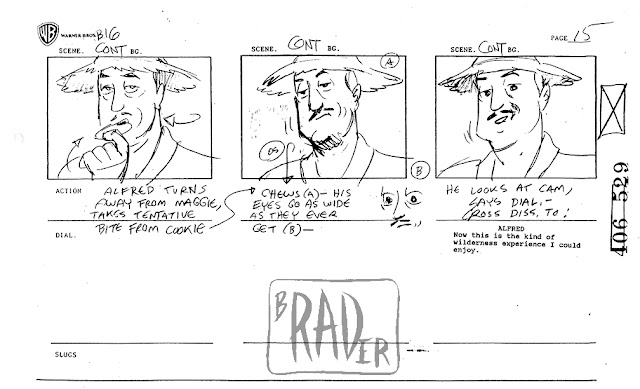