I’m fairly certain this section was cleaned by Glen Murakami. To quote Wikipedia, “Glen Murakami is an American animator, animation director, and producer of Japanese descent. He is best known for his work on Batman Beyond Teen Titans, Ben 10, Ben 10: Alien Force and Ben 10: Ultimate Alien. His friend from junior high and high school, Keith Weesner, got a job working on Batman: The Animated Series as a background designer and informed Murakami when they were hiring artists at Warner Bros. Murakami was given a storyboard test, which he failed. But seeing his drawing talent, he was hired anyway.
“Working closely with Bruce Timm, Murakami worked as a character designer and storyboard artist from 1991 to 1993.” And storyboard clean-up artist, as in these pages. 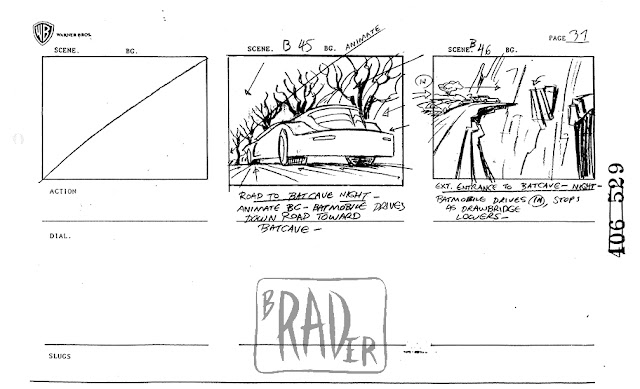 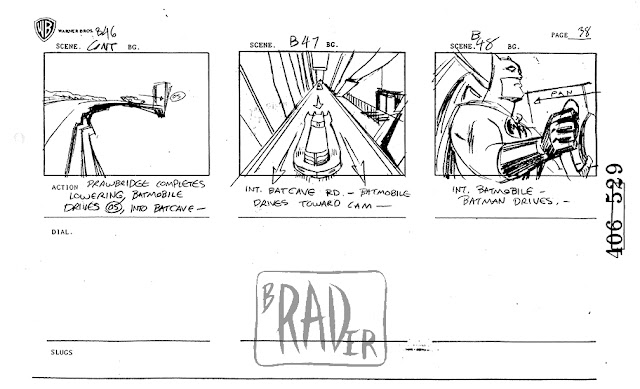 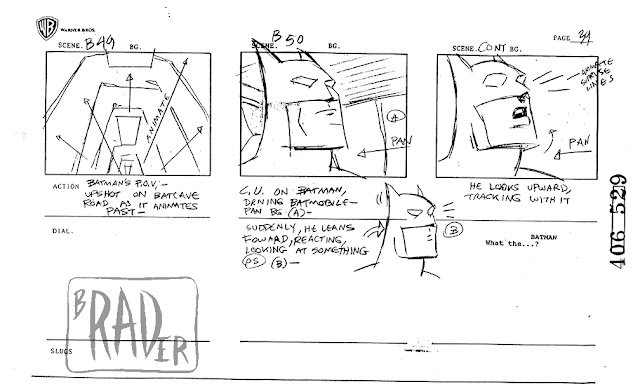 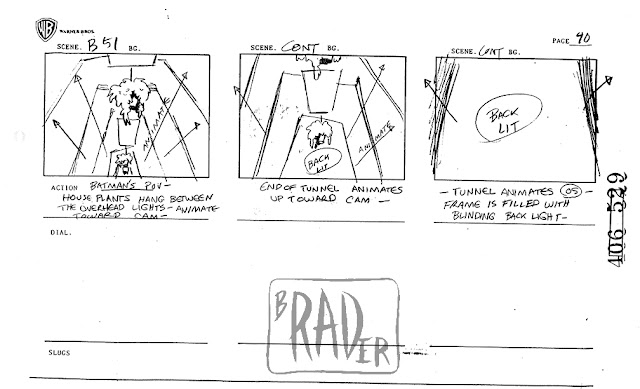 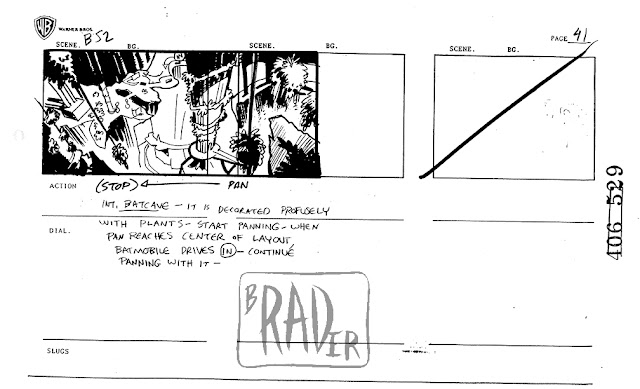 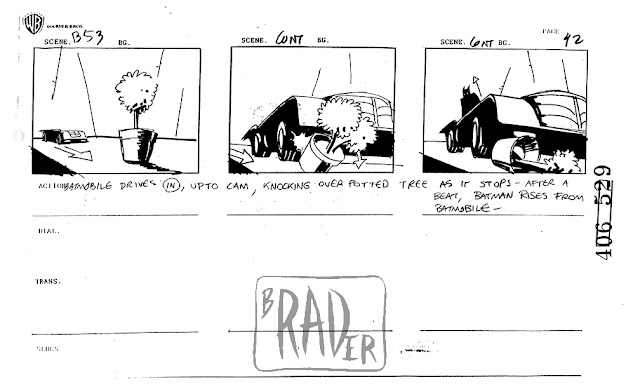 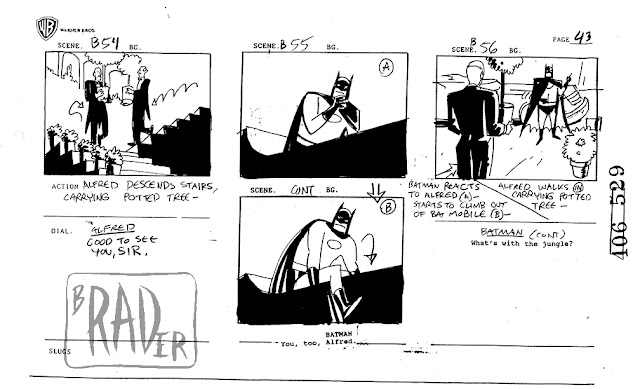 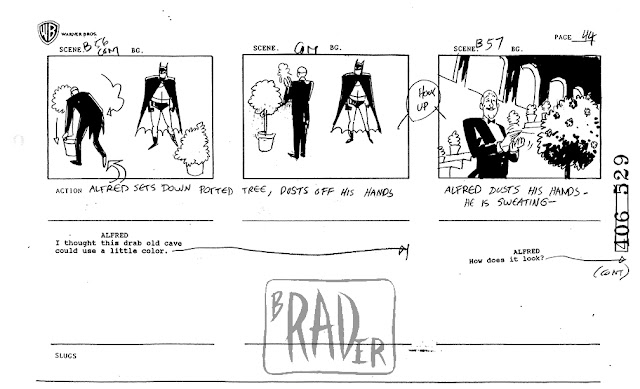 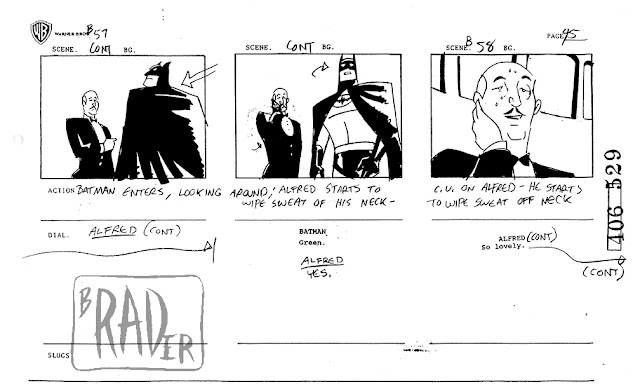 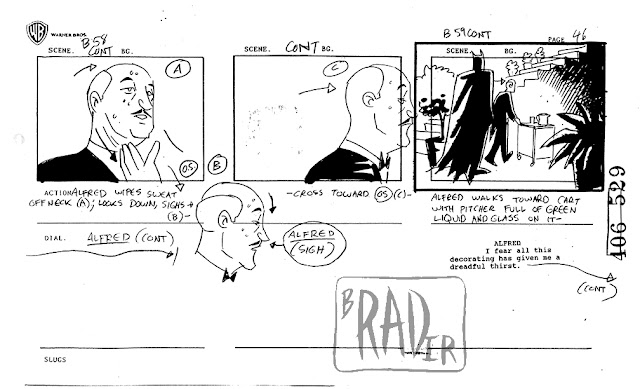 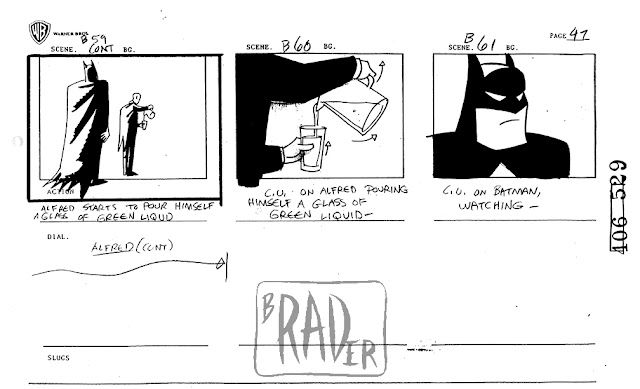 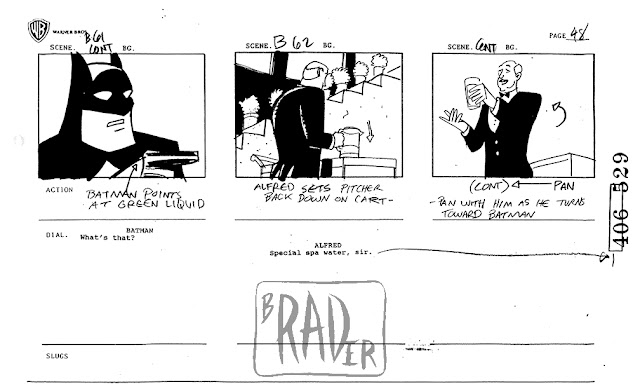 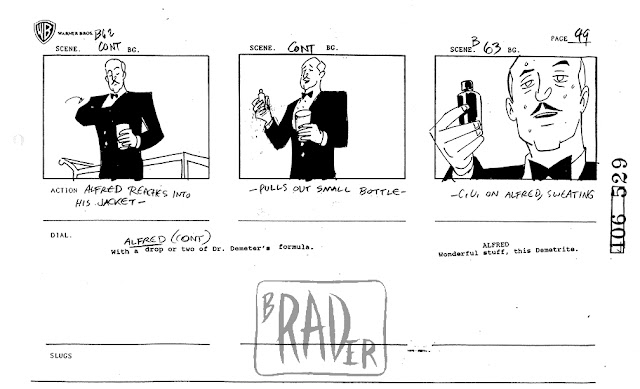 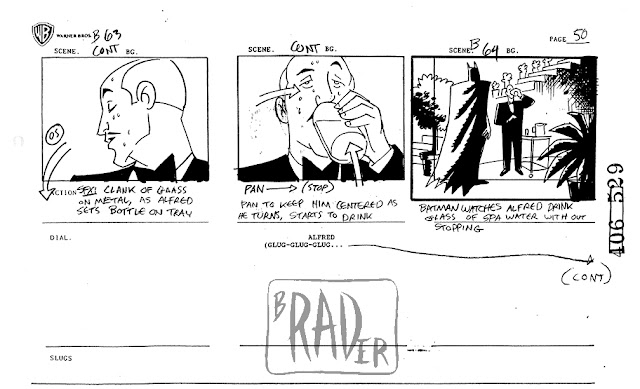 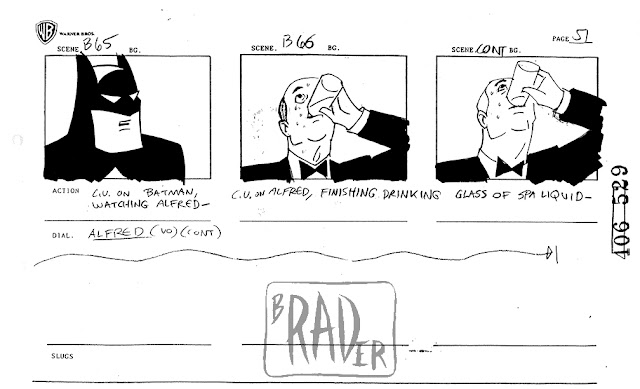 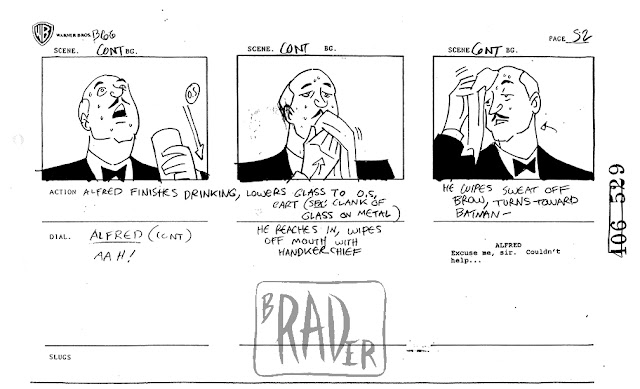 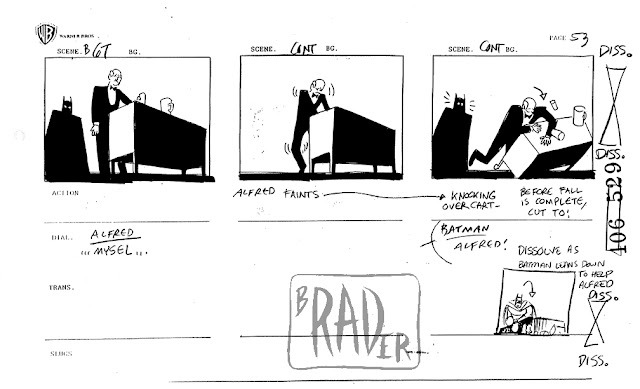 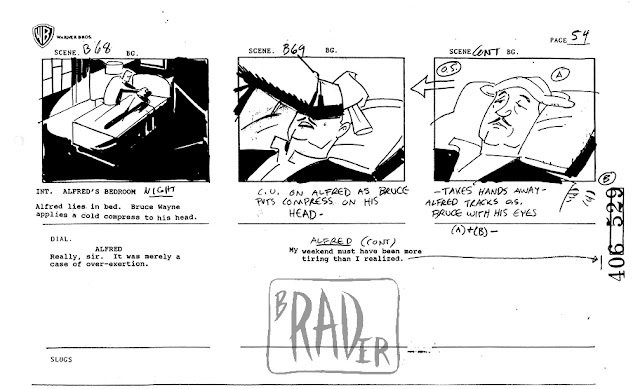 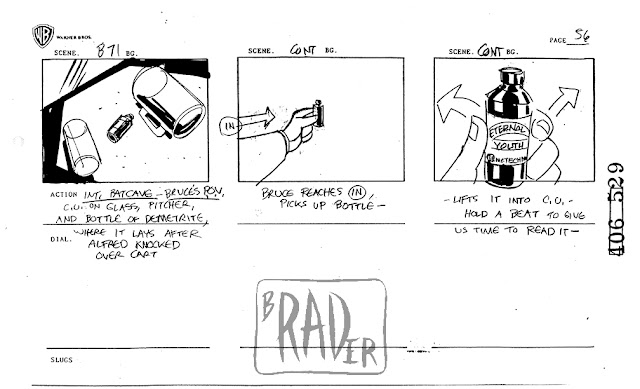 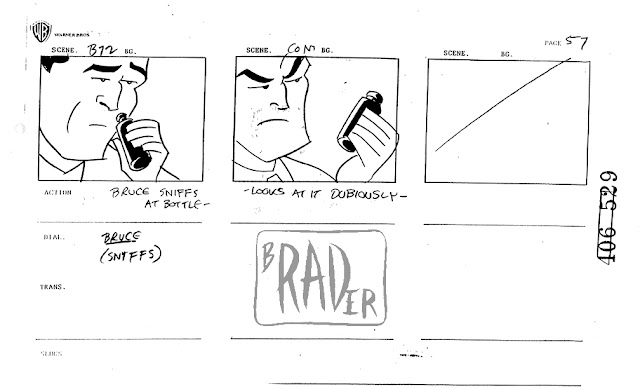