I’ll be posting, in serialized fashion, my storyboard for episode 10 of The Batman - Season 4, “Two of a Kind”.

“When Daytime TV Host Harleen Quinzell is canceled from her television program for ambushing Bruce Wayne, Joker takes an interest and decides to turn her into his partner in crime, Harley Quinn.”

The episode was written by Paul Dini (one of only two episodes by him that I had the opportunity to storyboard), and directed by Antony Chun. This was the third or fourth episode I had worked on with Antony.

I worked as a free-lancer on all Batman, Season 4 and  Batman, Season 5. This was not my choice but, at the time, the American animation market was somewhat depressed, as I recall, and the studios had the luxury of exploiting us artists in a free-lance capacity, which they apparently felt was more advantageous to them.

This segment shows Team Batman (Batman, Robin and Batgirl) watching the aftermath of them vanquishing the Joker’s henchmen, Punch and Judy. 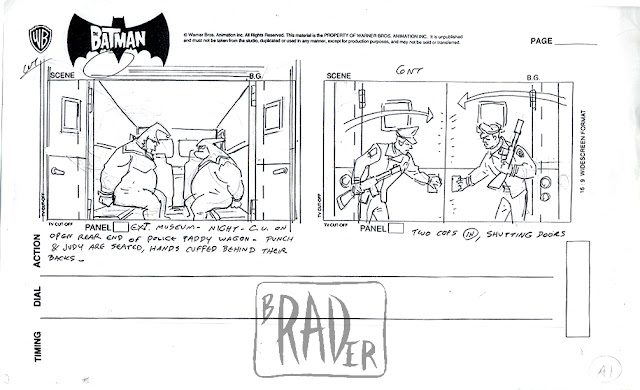 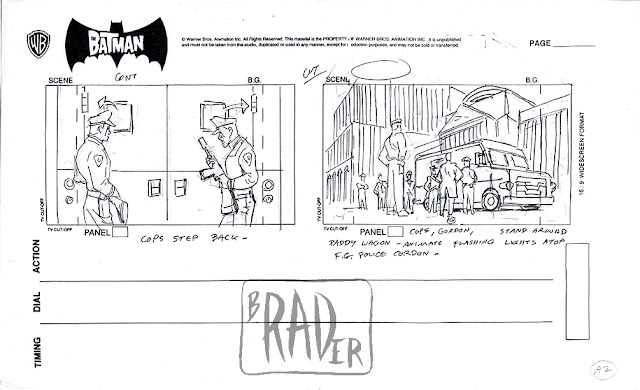 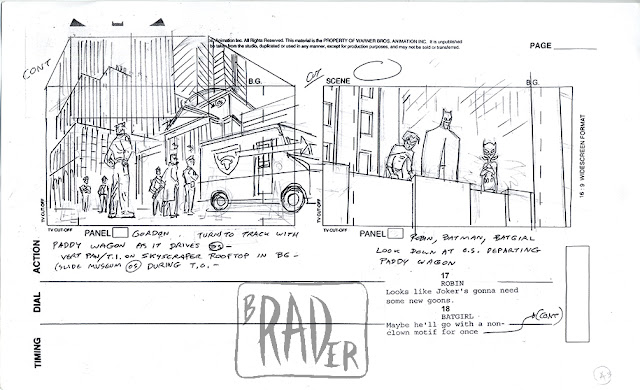 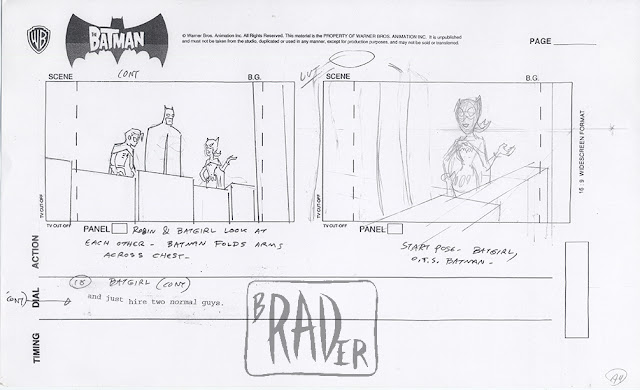 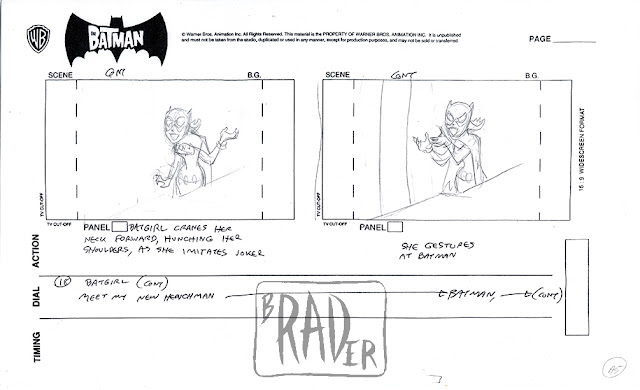 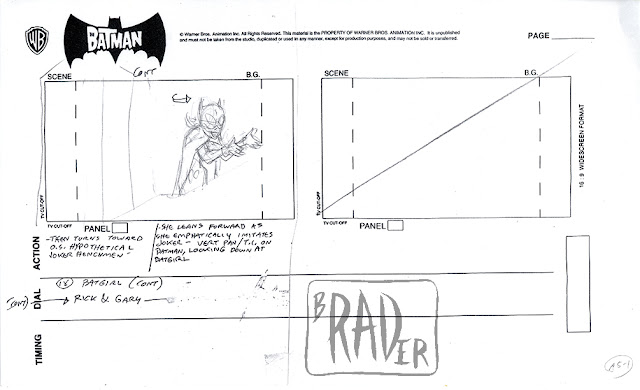 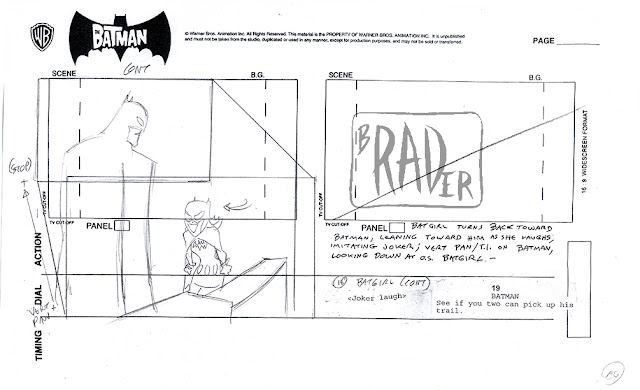 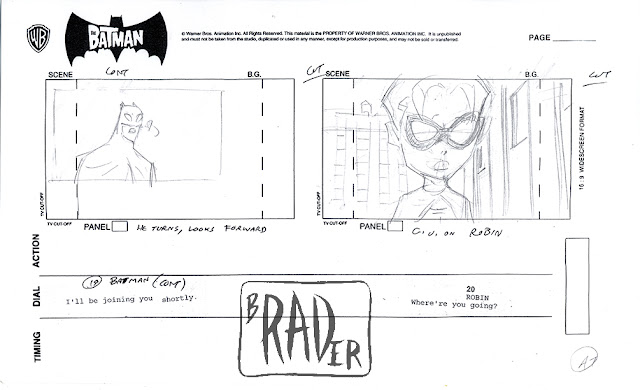 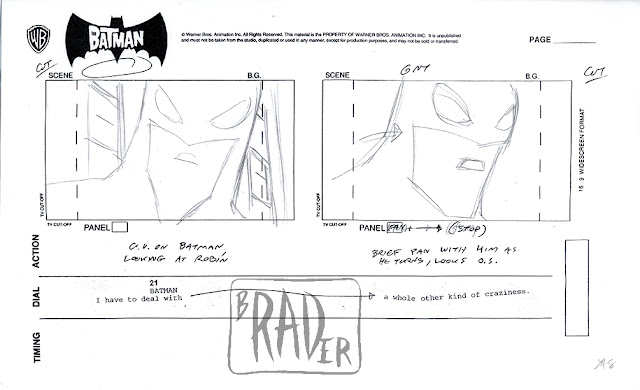 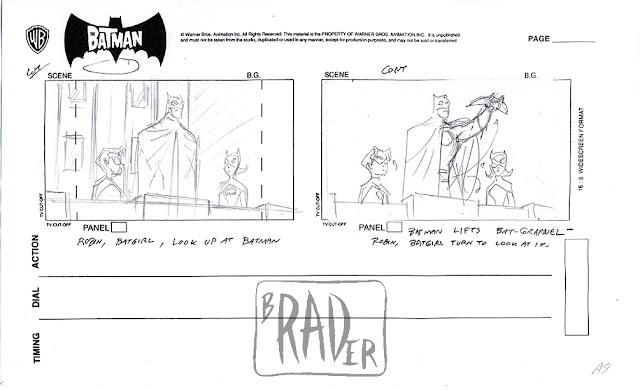 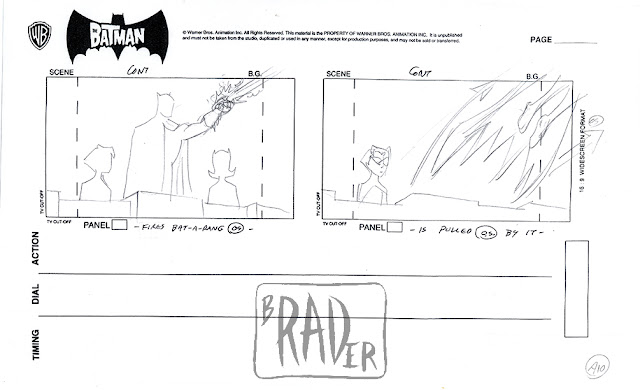 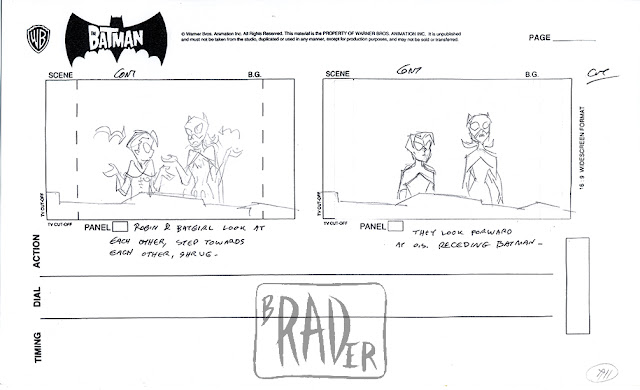