Nice touches abound in this remaining section of storyboard.
I like, in scene C86, where Talia has to shift her weight when taking the sonic drill from Batman. 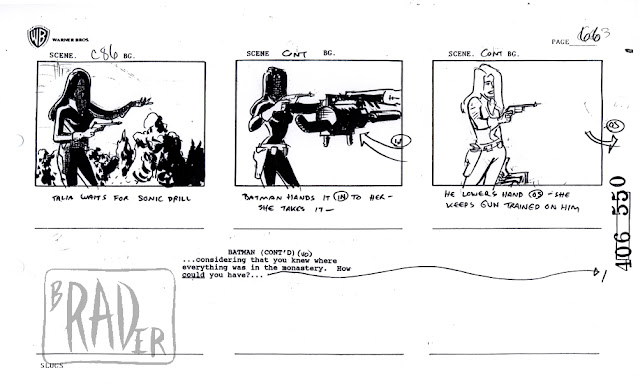 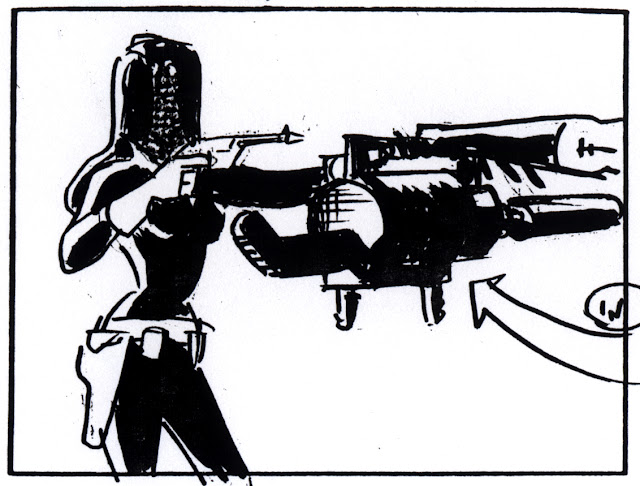 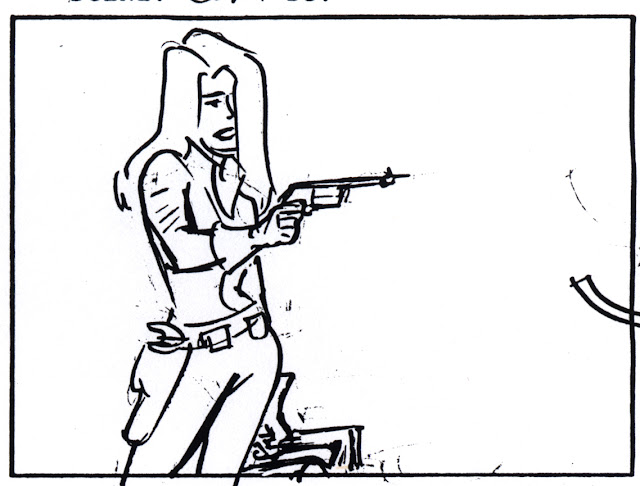 I like the cape animation on Batman in scene C88/ C90. 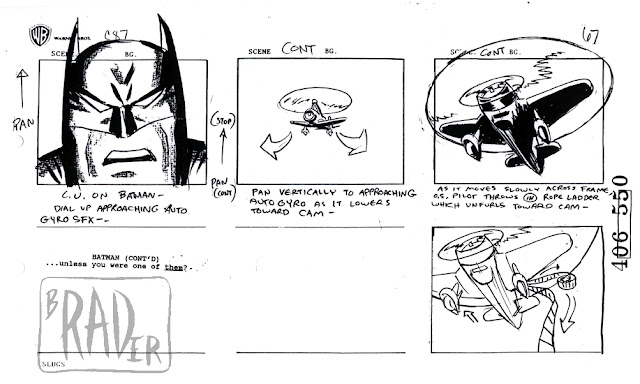 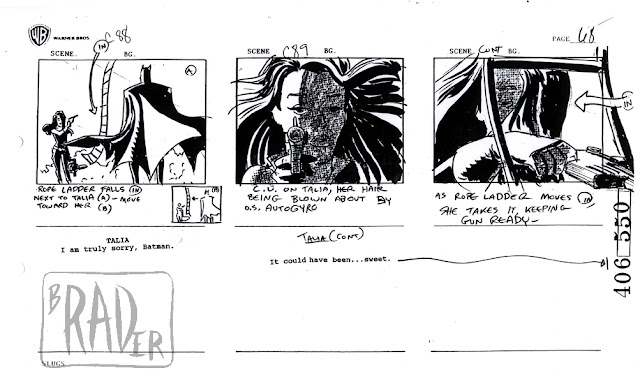 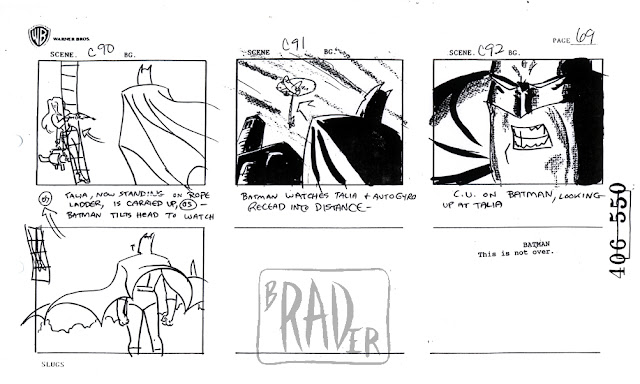 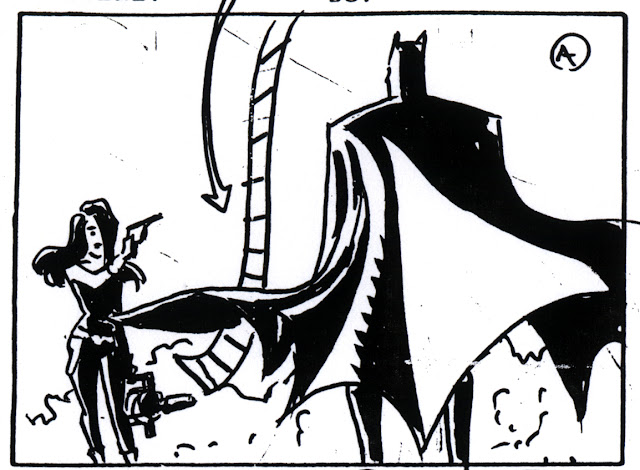 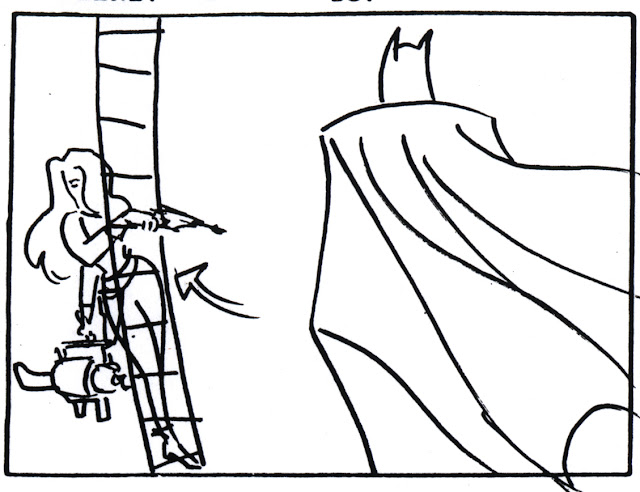 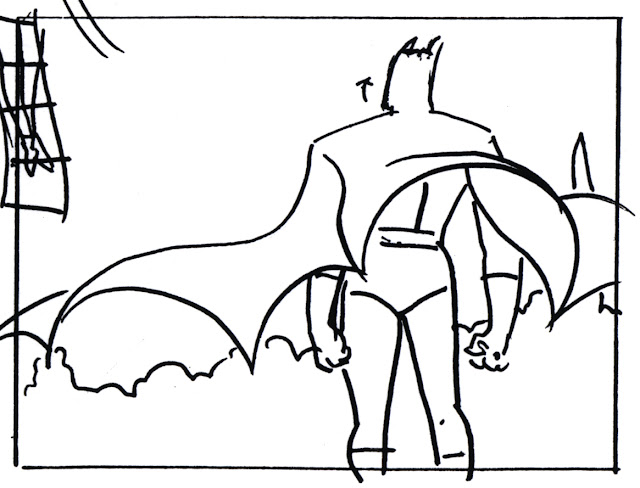 The pissed-off close-ups on Batman in scenes C87 and C92 are fun but probably off model, especially the gritted teeth and showing-gums on C92. If I had the patience, I’d watch the cartoon again to see how it was changed in layout. 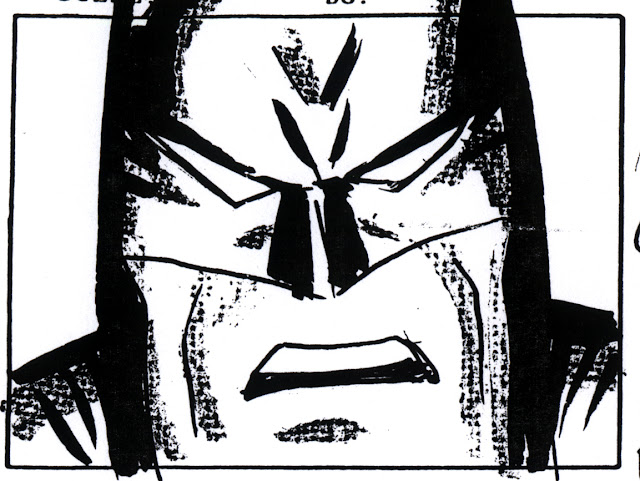 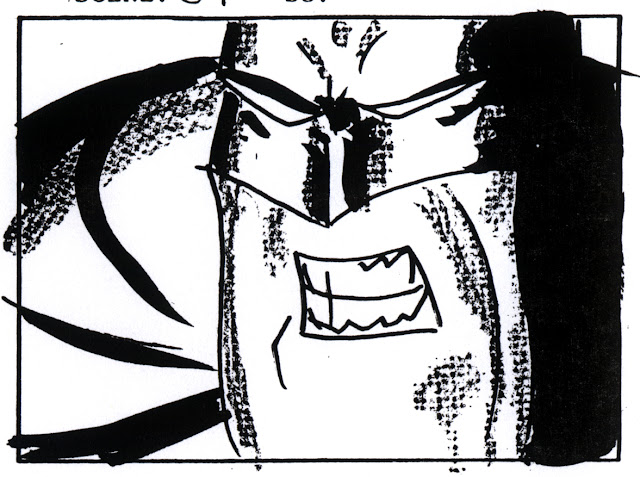 I believe this is one of the final boards I did before going on hiatus to draw “The Batman Adventures” issues 4, 5 and 6.