Bruce Timm is a master at drawing beautiful women, but, like most heterosexual “good-girl” artists, his beautiful woman mostly look alike (his “clone of desire”, to quote Dale Lazarov), with subtle variations. That said, I’m pretty sure Bruce based his design for Talia off of Charlotte Rampling. I know for a fact that Andrea Beaumont, from “Batman: Mask of the Phantasm”, was based of Lauren Bacall. In fact, “Andrea” wasn’t “Lauren” enough for my tastes when I was doing my storyboards for B:MotP, so I spent an evening sketching the actress off freeze frames of her movies (specifically, "Cobweb") and went off-model when boarding, working from my sketches, not Bruce’s design (which, during my phase of the production, was only one angle with no turns or attitudes). 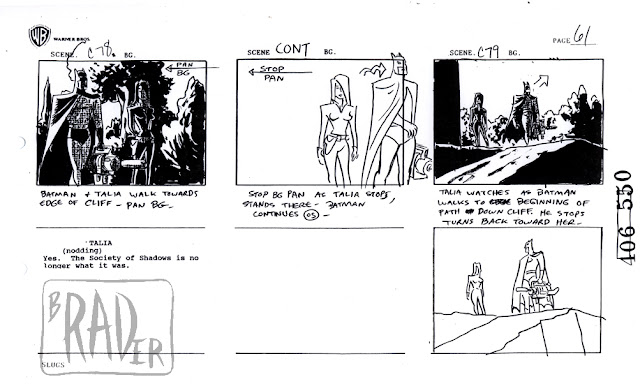 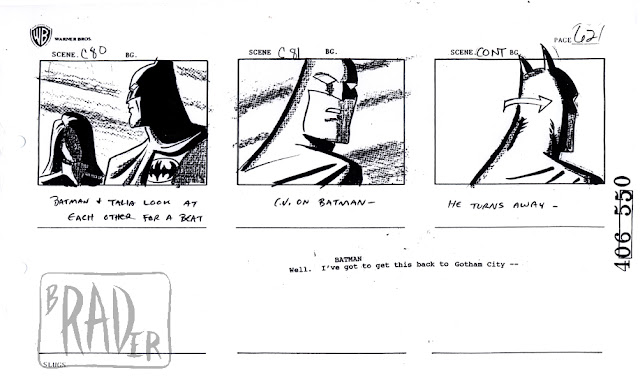 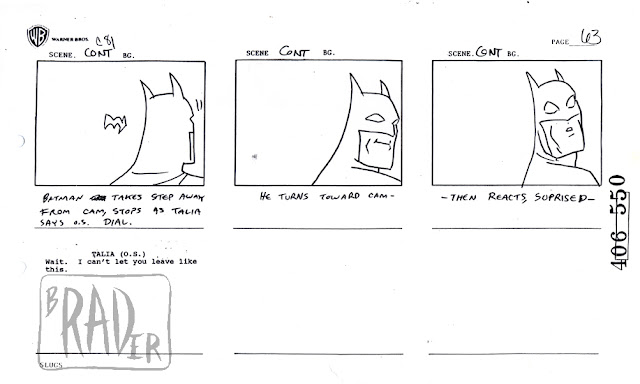 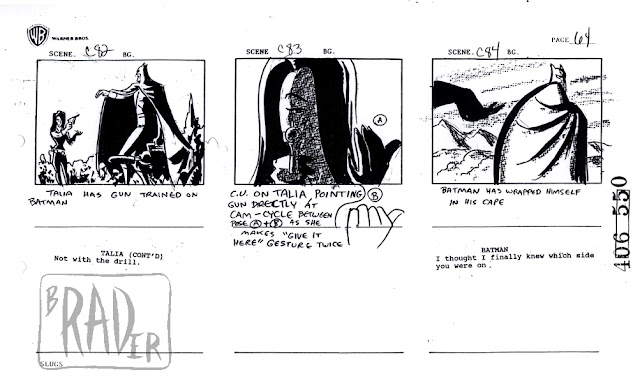 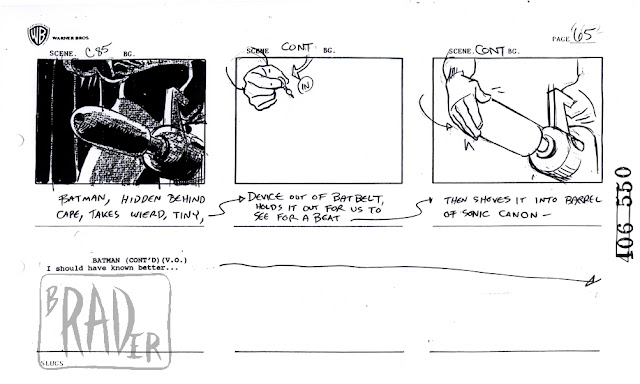