My recollection is that I was, once again, working ahead of the background designer, Ted Blackman, when storyboarding this final sequence, set in the clock tower. If this be the case, then I have to take responsibility for the staircase Batman and Talia are ascending is constructed of wood instead of stone blocks, like the tower itself. It’s not a  problem until Sc. C 58, when the sonic drill destroys the staircase behind our two heroes. Actually, it’s not a problem exactly, it’s just it would have looked slightly cooler to destroy stone blocks than wood. 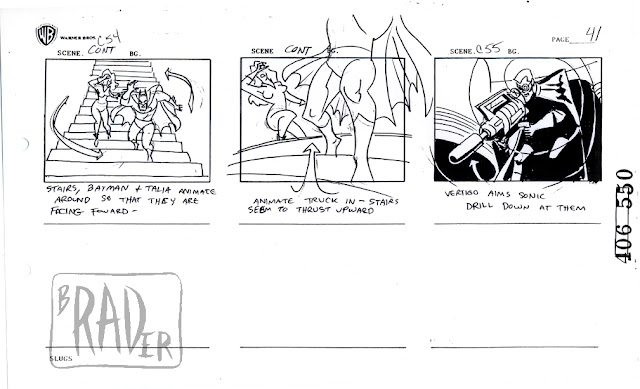 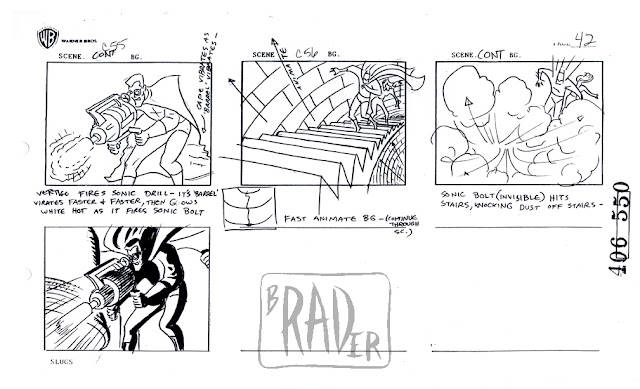 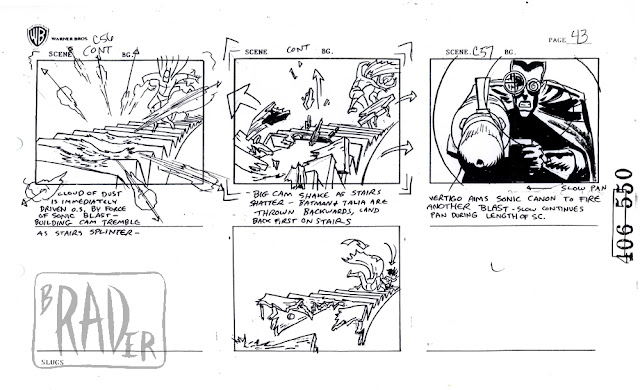 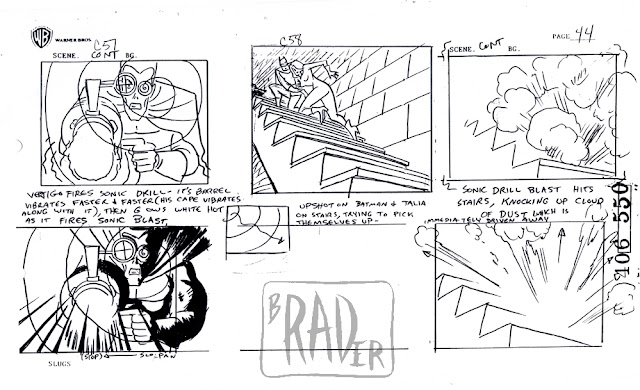 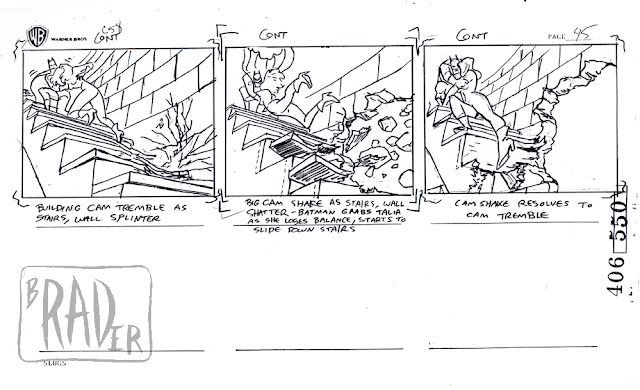