Well, last night I watched “Vertigo” for the first time ever. Hmmm….

One of the things that bugged me about all the action/adventure shows I’ve worked on over the years is that the timing of the action sequences almost never worked. “Vertigo” is a prime example; everything takes a little too long, lacks snap. I recall seeing season 1 of The Simpsons around the same time we were working on season 1 of Batman. I was totally envious of The Simpsons’ timing; why couldn’t WE get that kind of snap, agility, freshness, fast/fast and slow/slow? What were THEY doing right that the series I worked on never seemed to be able to do?

Also, it disappoints me that, in the version of “Vertigo” that aired, Talia’s dialogue (“How did you DO that?”) play out entirety on her close-up, instead of cutting on “How..” as I indicated in my storyboard. I mean, why? Was there some sort of rule that one can’t cut on dialogue? How lame is that?

Speaking of Alfred Hitchcock, on page 35 we establish the location of this episode’s final action set piece, the clock tower. Not surprisingly, there will be many references to “Vertigo” coming at you in the next few days. 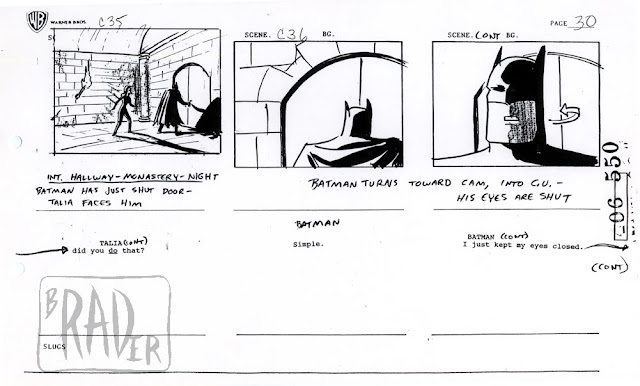 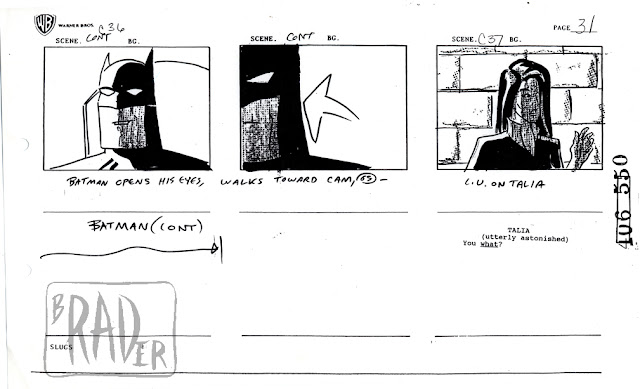 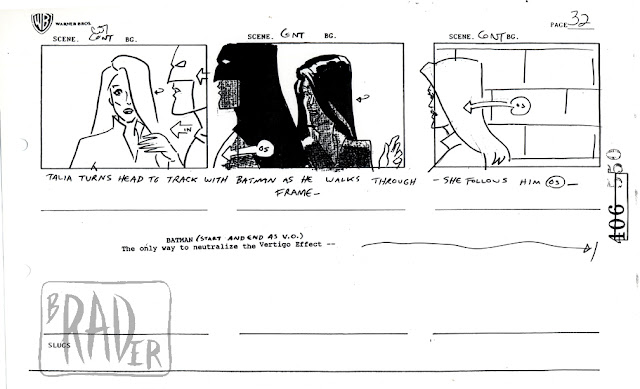 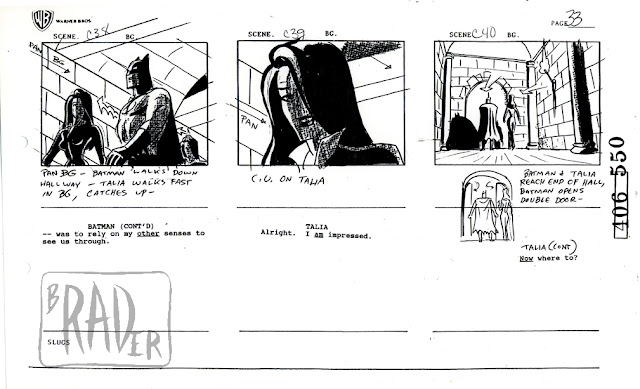 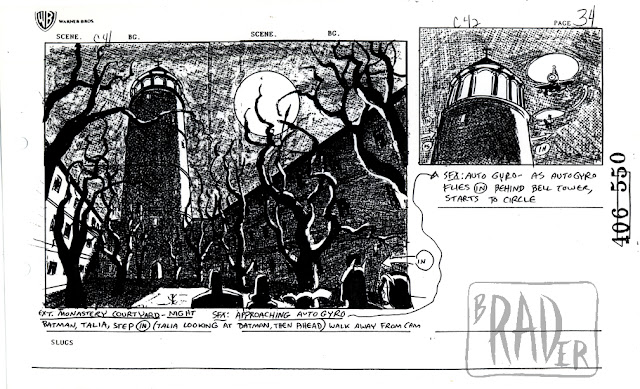 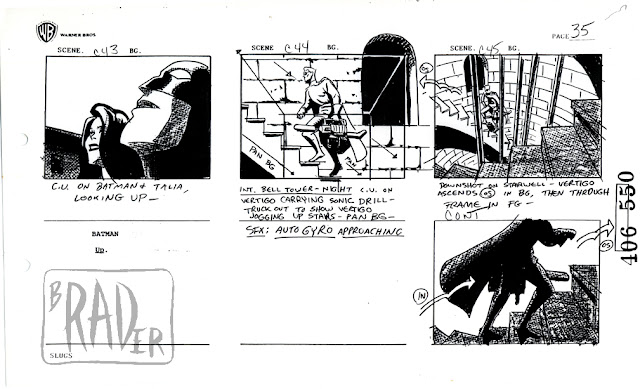