I mentioned in yesterday’s post that this sequence was a challenge because Batman’s strategy for overcoming the vertigo effect was to close his eyes and use his other senses while saving that fact for a surprise reveal at the end of the sequence (while not being obvious about it). One of my solutions was to stage everything, as much as possible, from Talia’s POV, i.e. slightly from behind keeping  Batman in a rear 3/4 angle.

Another strategy was to keep Talia on Batman’s right, using her body to block our view (again, in a way that’s not too obvious) of Batman’s face. This is demonstrated in scene C23. However, I ran into difficulty with scene C24 and C25; in order to get a close-up Talia reaction shot I had to flop scene directions from left-to-right to right-to-left. I toyed with reverting to the predominant screen direction in C25, but decided to keep the momentary flop going. 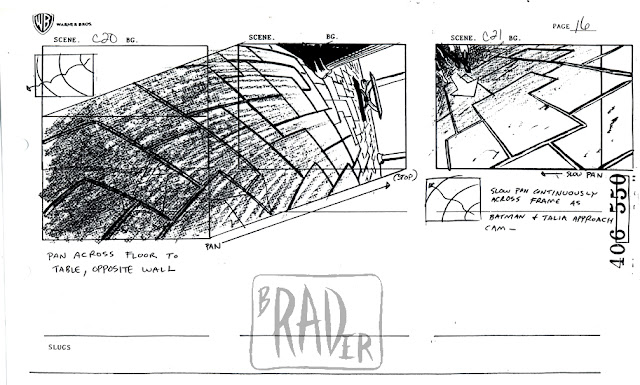 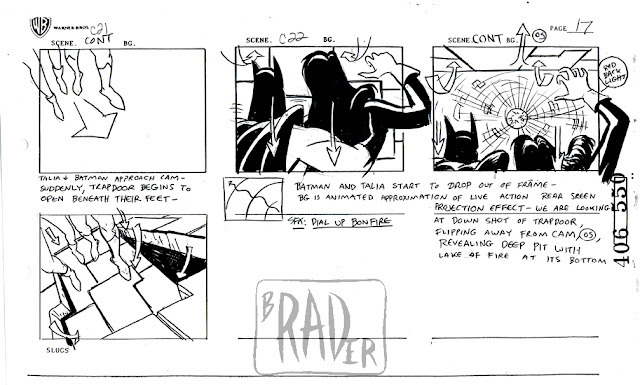 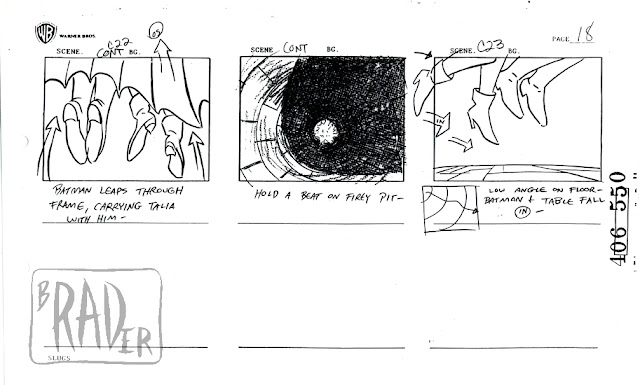 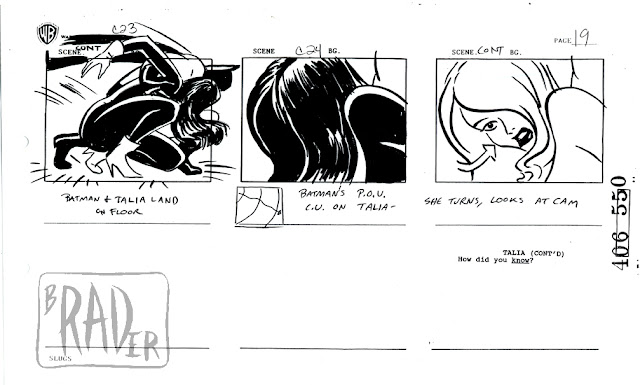 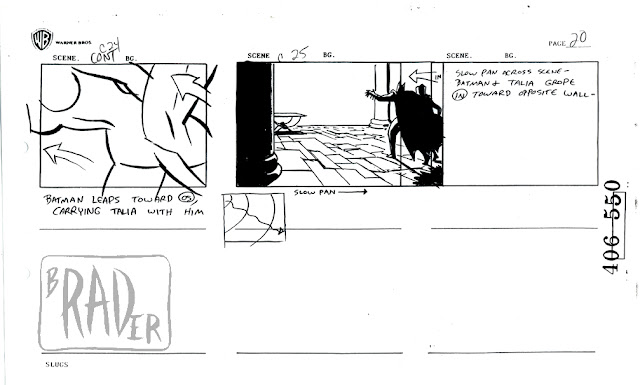