I mentioned in an earlier blog-post that Mark Wallace, a fellow Bat-board artist, had difficulty drawing his section of this episode (how does one depict vertigo in an animated cartoon. I had problems as well, one of which was how do I depict two characters moving through a disorienting hallucinatory environment and have it be visually coherent (assuming that’s one’s goal)? My directory, Kevin Altieri, was quite helpful with his suggestion to keep the characters moving in the same direction no matter what is happening in each individual scene. Since the previous board artist, Mike Goguen, had established them moving left to right, that was already set. Luckily (or maybe on purpose) Talia’s hair is parted to cover her left eye, leaving her right visible for expressive purposes during this sequence)

Another difficulty was, the script has Batman overcome the vertigo effect by keeping his eyes closed and using his other senses. But this has to be kept as a surprise for the end of the sequence. How the Hell do I do THAT? The script by Len Wein was no help at all; like many writers Len thought primarily in terms of words not images and apparently didn’t realize that this would be a problem.

My solution was actually quite elegant and completely in keeping with the Hitchcock pastiche nature of the episode as a whole: stage everything from page 16 (scene C20 onward) from Talia’s POV, which would allow me to shoot Batman from slightly behind, keeping his closed eyes out of view without being obvious about it. Scene C19 is therefore pivotal, literally: Baman turns away from camera to the 3/4 rear angle he will be shot from for the rest of the sequence.

(This is Hitchcockian in that his movies are almost always meditations on P.O.V. and audience identification. In this case the “audience” briefly becomes Talia herself.)

In page 14, Batmans’s arm and shoulder are probably off model for the TV series. It would be interesting to see how the layout department re-drew it. I’m somewhat puzzled that I wasn’t directed to re-draw it myself. 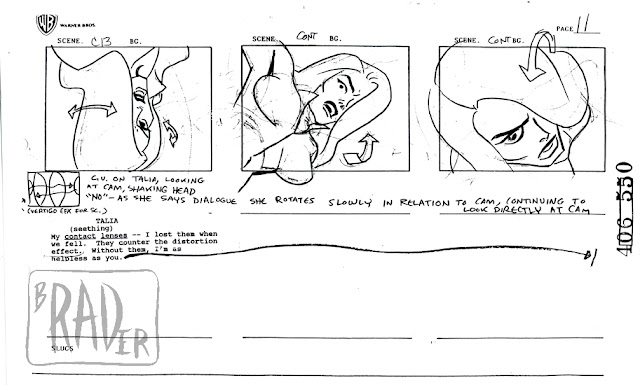 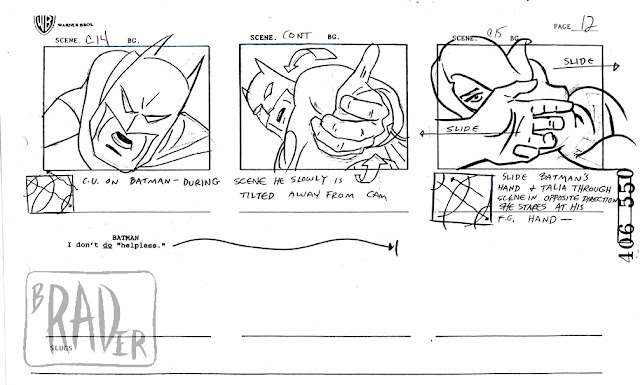 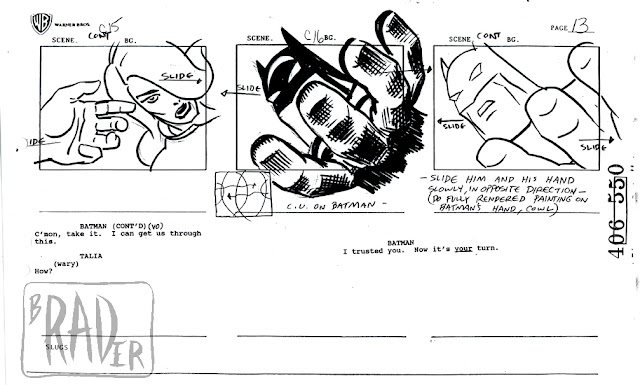 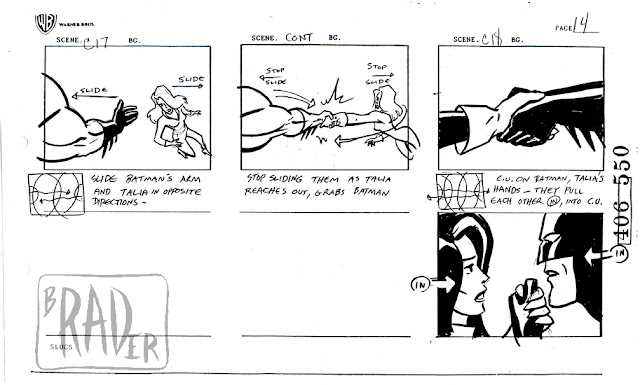 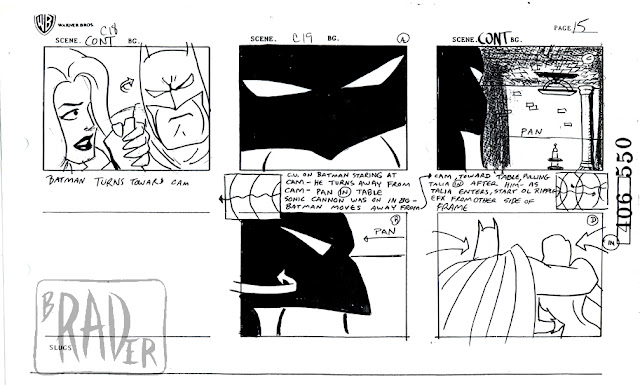