As a storyboard artist-in-training, one of my challenges was how to stage fast action sequences. I was advised to view Japanese animation, which was just starting to make its way to America. Many of my peers were into it big-time, and were happy to lend/give me 3rd and 4th generation copies of untranslated movies, some of them taped off Japanese TV, complete with un-expurgated commercials.

One of my favorites, and most influential,  was “The Professional: Gogol 13” by Osamu Dezaki (1983). Among its many virtues, Dezaki’s technique of splitting up the action into short scenes of characters sliding through frame on top of a high-speed animated speed-line b.g. was revelatory. It was a simple, easy way to do slow motion and high speed simultaneously. Perhaps this wasn’t HIS technique; for all i know it was already an anime cliche. It was new to me, and became an important part of my storytelling arsenal.

By the  time I started working on Batman: The Animated Series (1991), I was starting to move out of my anime obsession. But the stylized abstraction in which I had self-immersed for the past 6 years was quite useful in staging this sequence depicting debilitating disorientation. 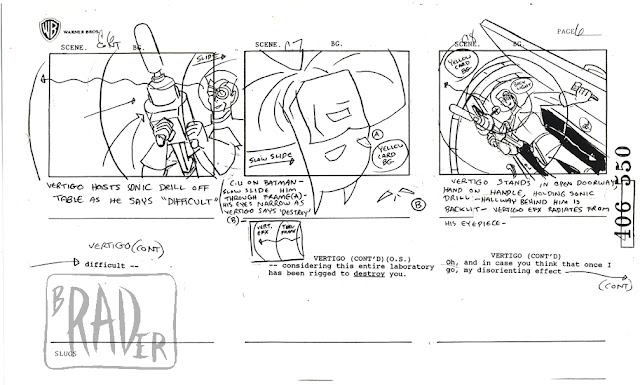 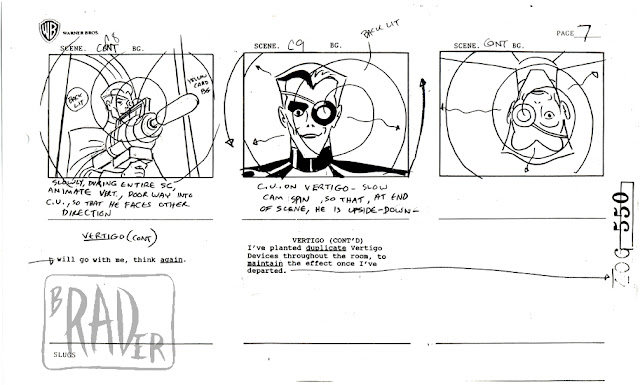 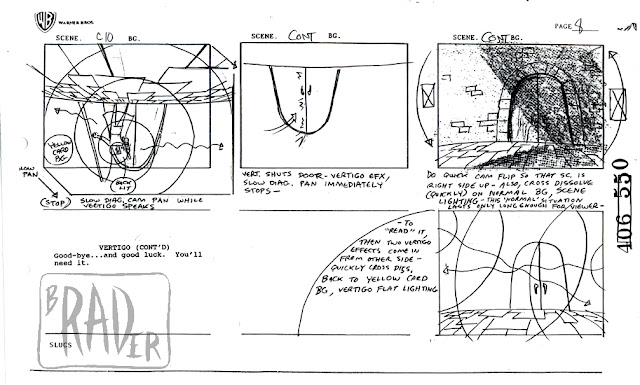 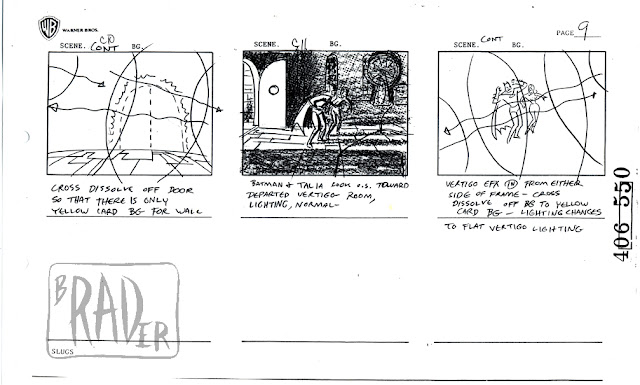 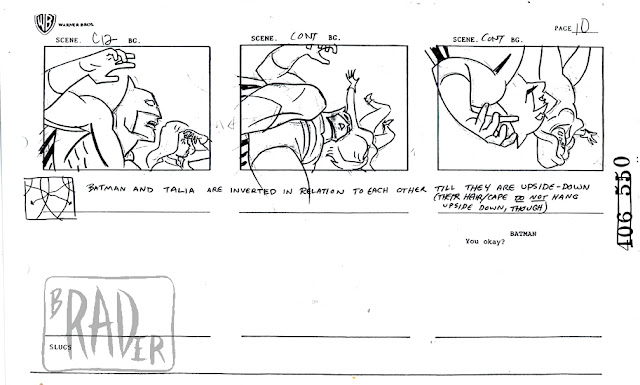