I stated in an earlier post that I copied the pages from my originals before handing them in. Upon reflection, I realize that this in not the case, that the copy I poses was provided to me by the studio, Warner Animation, after the entire storyboard was complete (as evidenced by the inclusion of the contributions of Kevin Altieri, Mark Wallace and Mike Goguen, which would not have been the case if I’d made the copy myself) but before the director, Kevin Altieri, made any changes or the board went through timing (as there are no changes to our work and the board is untimed).

My original concept for pages One through Four (panel 1) is that they be one long extended pan, but, for ease of production, broke them into 4 scenes (C1 through C4) joined by match cuts (or near match-cuts as in scenes C3 and C4). The board is untimed, but I can’t imaging the whole pan(s) took more that 3 seconds of screen time. 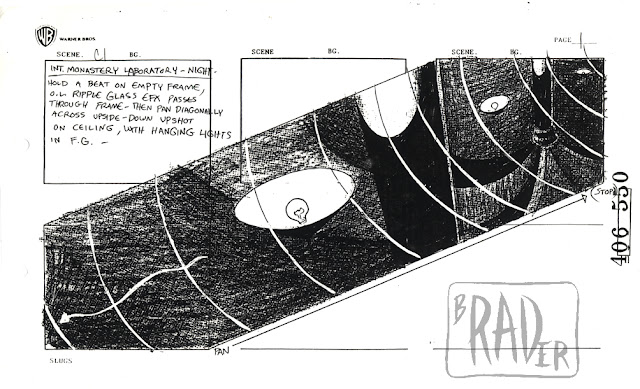 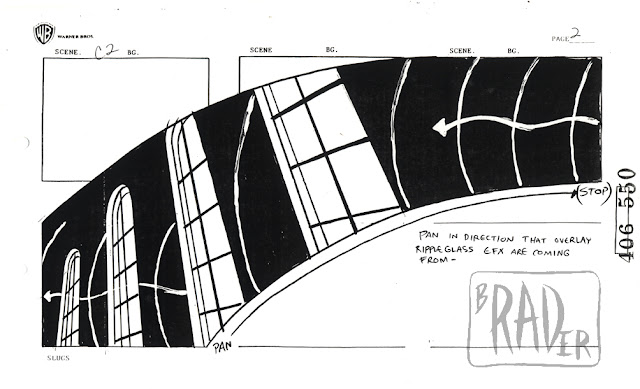 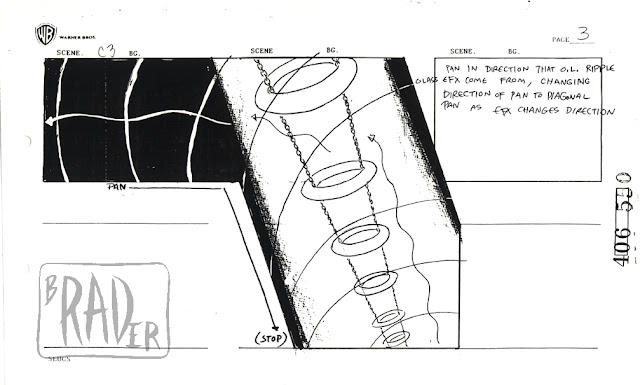 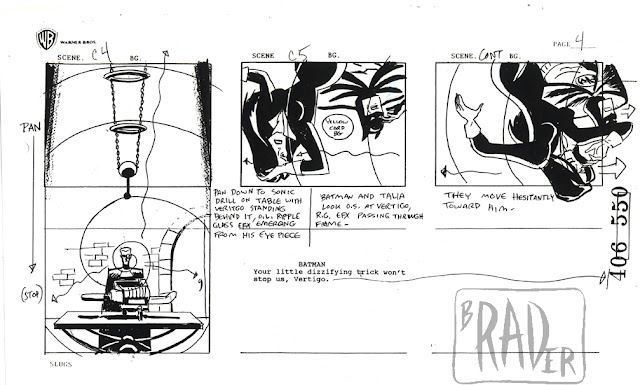 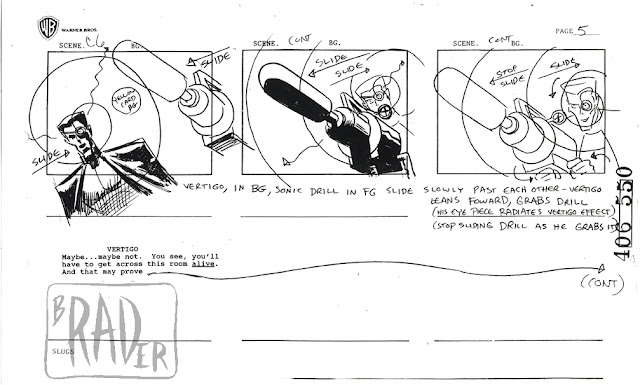