I feel sort of guilty for not posting the intervening parts of Act 1 and Act 2 that was boarded by Mark Wallace, Kevin Altieri and Mike Goguen. I’m especially tempted to show the parts of Mark’s board that depict the effects of the Vertigo’s Eye Piece, which starts in my section on page 79. Mark’s strategy was to actually have the background warp and transform surrealistically; mine was to drop the background out altogether and have the characters float in disembodied space. Watch it on-line to see for yourself. 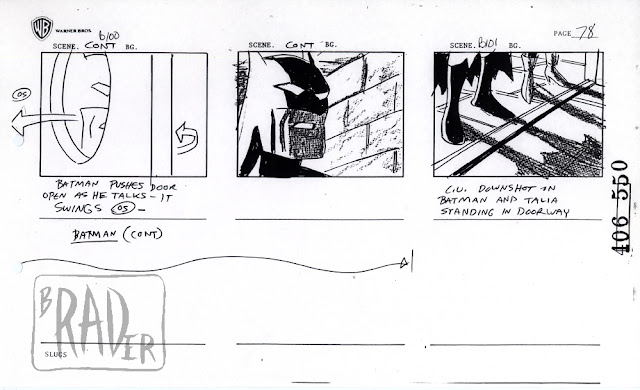 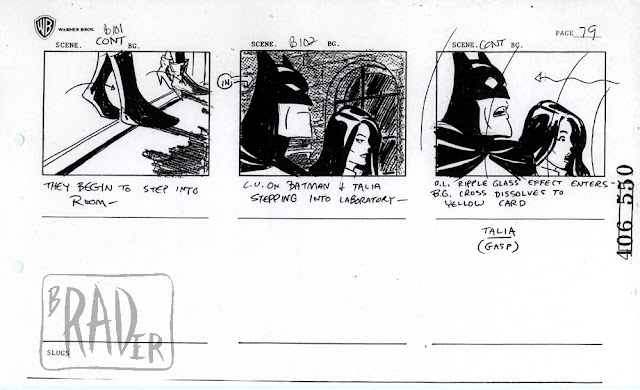 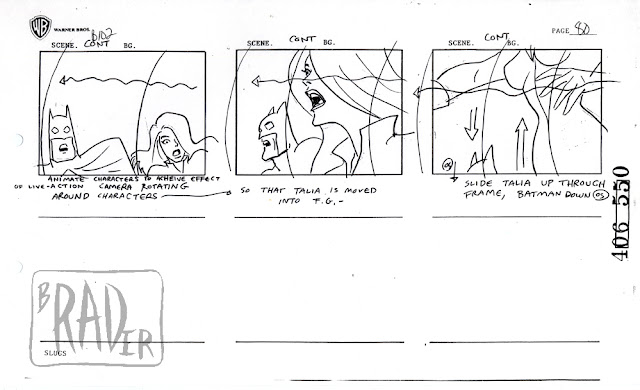 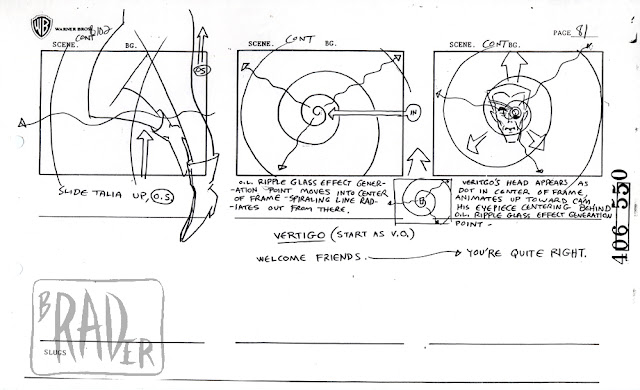 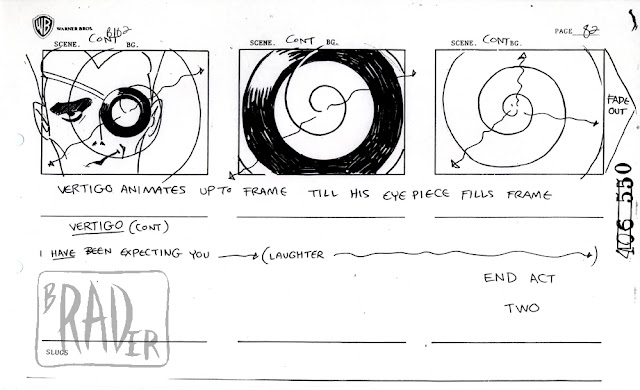 Oh hell. Here are 3 pages from Mark Wallace's section of Act One. His approach is less cinematic, more illustrational than mine. I recall he struggled with the sequence and complained to me about his difficulty. I advised him to think of it as an acid trip, but I don't think he understood what I meant. The hallmark of an acid trip isn't so much the visual pyrotechnics but the way it feels; everything is non-linear, disjointed, passivity inducing. At least that's been my experience.