Today and tomorrow, I’ll be posting my section of Act 2, specifically the last 8 pages. To set it up, I’m posting the last 2 pages of Mike Goguen’s section, which depict Batman and Talia arriving at the location where my next bit occurs. So if you “like” pages 73 and 74, you’re “liking” the work of Mike, and what’s not to like? He’s quite good and has gone on to direct me in various TV series, among which are “Men In Black”, and “Jackie Chan” (I think), 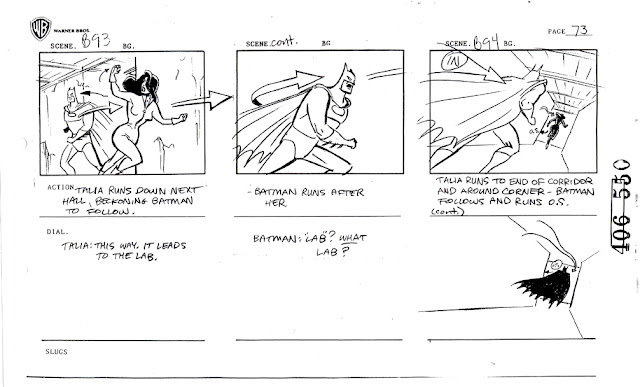 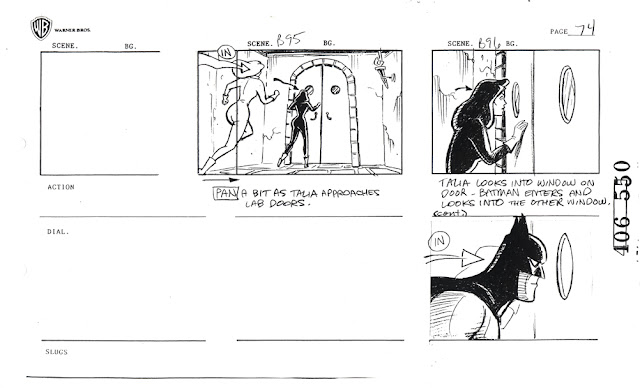 We storyboard artists are often assigned by location or set piece. Unfortunately I was, once again, working ahead of the background designer, so I had to design the Vertigo’s laboratory myself. I think the movie “Frankenstein” (directed by James Whale) was my main reference source, specifically the Film Classic Library book which had frame by frame reproductions from the film’s footage. I probably also had Bernie Wrightson’s “Frankenstein” illustrations on my art table. 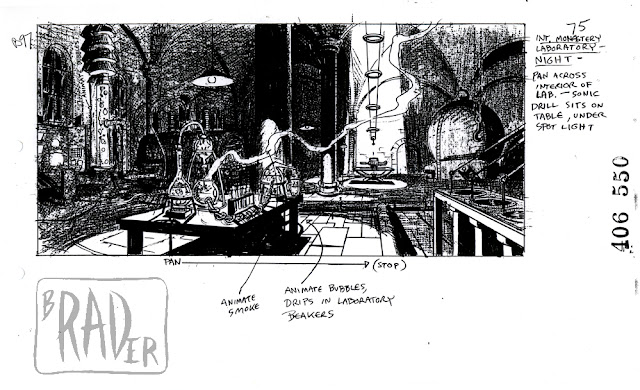 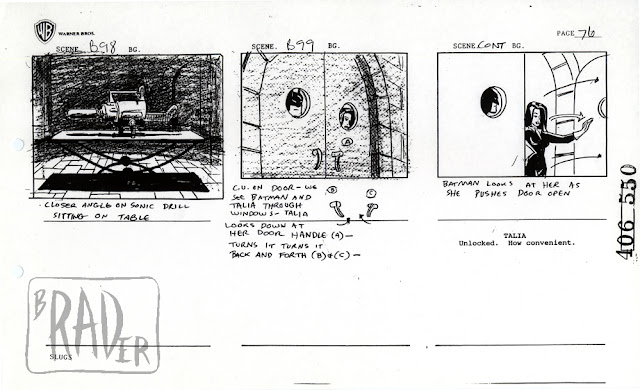 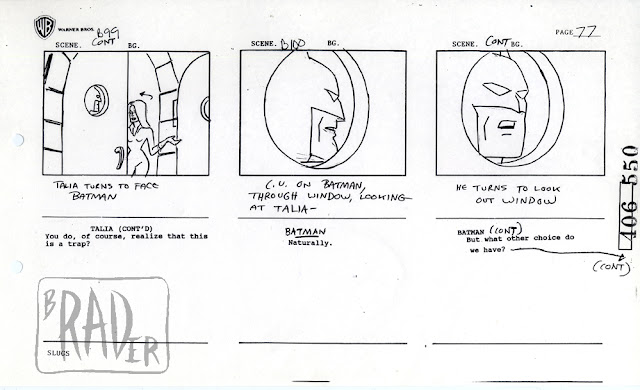