“Off Balance” is the episode that introduces Talia, “Daughter of the Demon (i.e., Ras Al Ghul). She is kept mysterious here, only seeing part of her face in close-up, or in long shot, most or her face hidden by her long hair.

Early in my career, Mark Evanier critiqued my portfolio, saying several things that have stuck with me over  the years.

One was that I should pay special attention to a character’s introduction in a story. Think in terms of how Indiana Jones is presented in the beginning of “Raiders of the Lost Ark”. We are following him for at least a minute before we get a good look at him, and then it’s with a “Ta Da!” fanfare. One should apply that thinking to one’s comic book storytelling.

You can see it in play here, on page 34, where we’re given a tease for our first look at Talia. She will be given her proper introduction later in the episode. 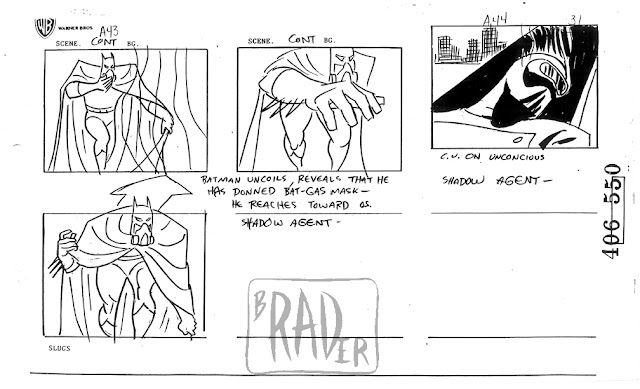 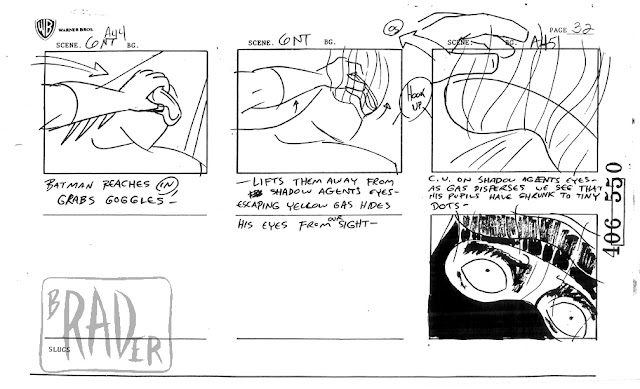 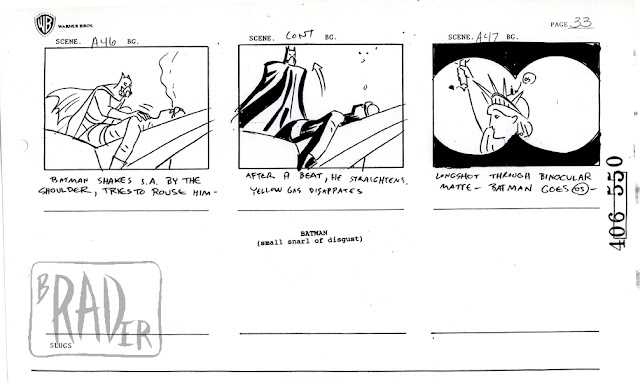 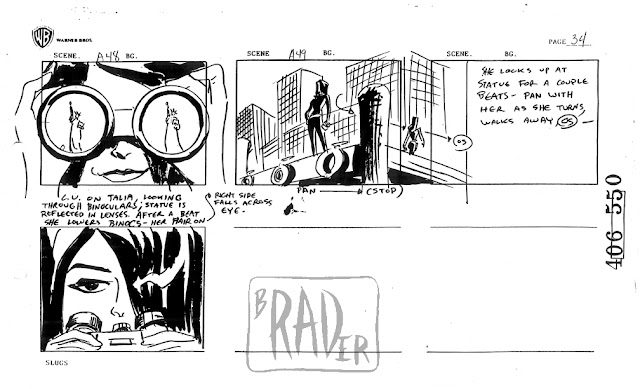