Continuing on yesterday’s topic, one may notice the extra panels occassionally drawn in the subject/dialogue area of the storyboard (in today’s post, on every page except #30). This is because I realized, after I’d already laid out the page, that it needed more poses. I wasn’t aware that this made the timer’s work more difficult;  they often write their timing directions in the subject/dialogue area of the storyboard. I sort of regret not having copies of that later iteration of the storyboard; I made  copies of the original storyboard myself before turning it in.

I wasn’t aware that my habit of drawing extra poses in the subject area was a problem until two or three years later, when I was working on “Biker Mice From Mars” at New World. The producer, Tom Tataranowicz (or Tom T as he was/is known), made us cut apart our offending boards and re-paste them up so that the art was only in the storyboard panels, never in the subject/ dialogue section. 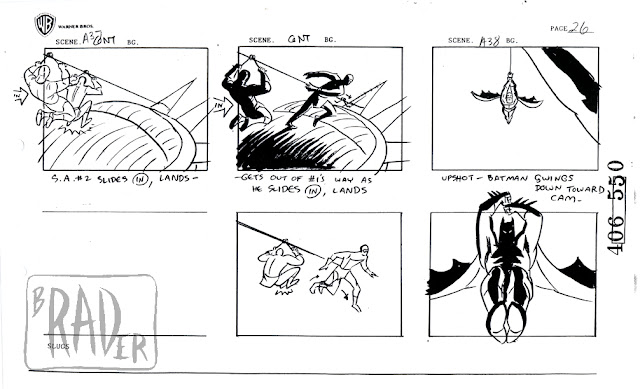 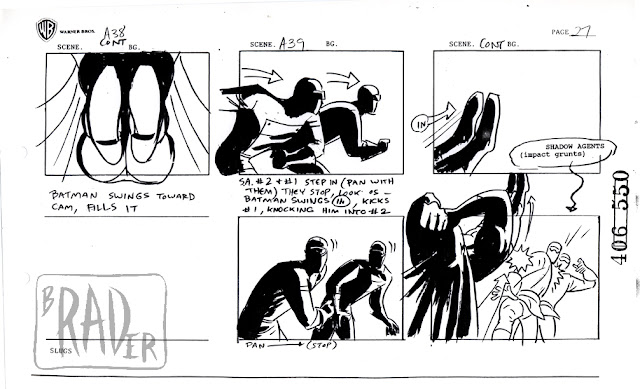 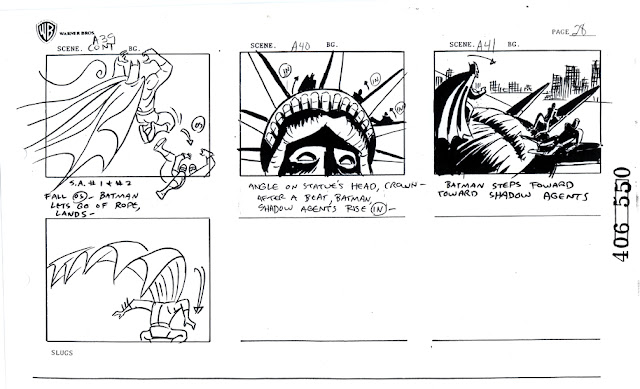 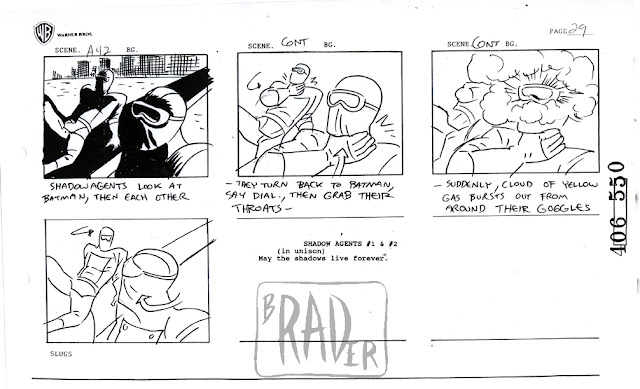 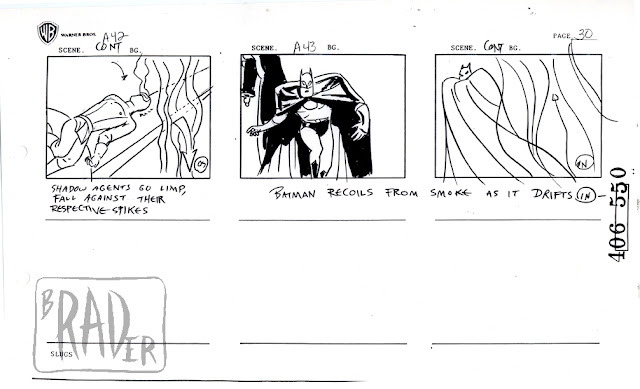