I think every animation storyboard should do stints as timers and directors; it makes one a much better storyboard artist. Having performed both of these functions, I now see these boards with different eyes. For instance, if a board artist gave me page 45, I would hand it back to them and tell them to give me start and stop poses of both Shadow Agents n scenes A35 and A36. which would probably mean adding two more panels per scene.

It’s off point, but I also think serious or adventure cartoonists would do well to do stints working in the humor and funny animal genres. It gives one a feel for comedic timing of gags (defined loosely, beats in a fight scene can be thought of as gags). More importantly, one can get a feel for “squash” and “stretch”, animation terms that refer to the exaggerated compression and expansion that give tradition cell animation life, that certain satisfying snap. Without it, one’s drawing, posing tends to have a wooden feel, a drawback of many “serious” cartoonists, in my opinion. 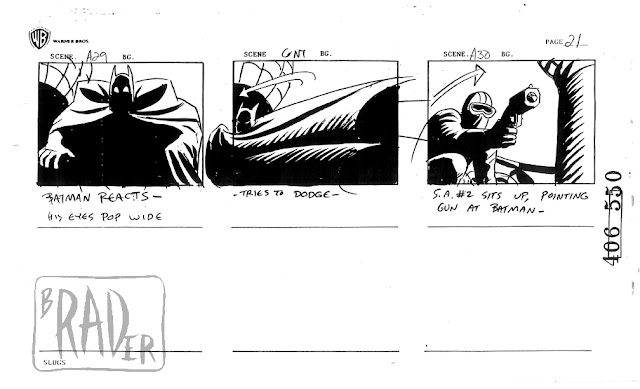 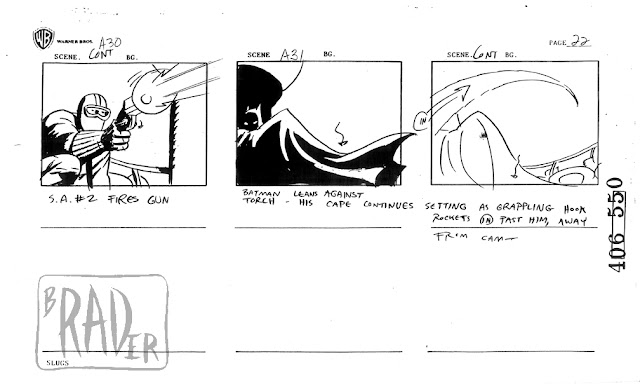 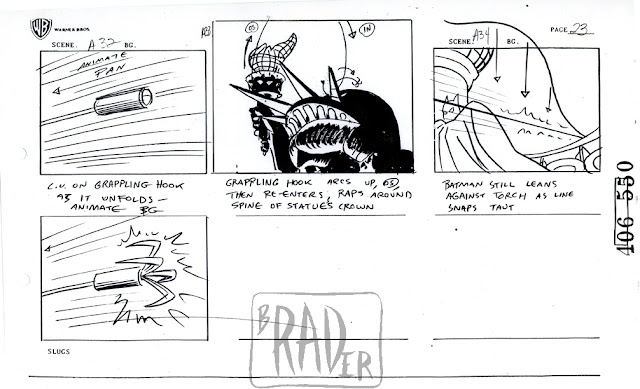 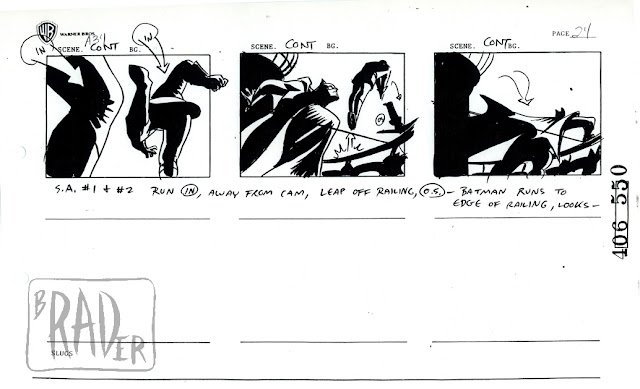 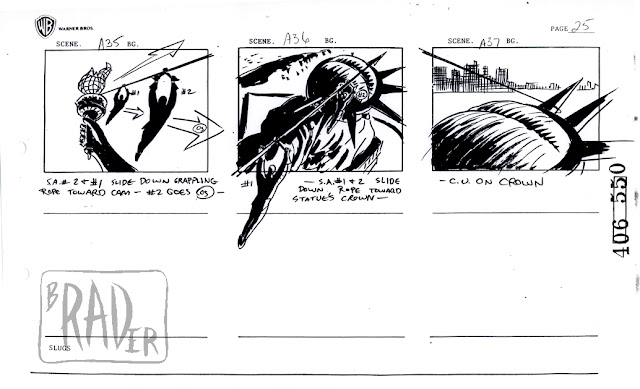