When I started out as a TV Animation Storyboard Artist, in April of 2013, the industry was hamstrung by Standards and Practices, which meant we had to sanitize the violence. This is in evidence on the Page 17 storyboard. I made a point of having Twitch resurface after he plummets into the, though, as I recall, that wasn’t good enough for S&P. A later iteration of the board showed Twitch in close up, clearly none the worse for the wear. (I’d have to re-watch the episode to make sure and I’m not going to bother.)

Another challenge in staging violence was gun play. Characters could never be hit by a bullet. If we wanted to take a someone out of the action, we would have to resort to knocking them out by chips of flying bricks dislodged by bullets hitting a near by wall or rock.


Also, guns could not look realistic or too threatening. This is in evidence on page 20, when Shadow Agent #2 pulls a gun on Batman. This isn’t so lame, since it was a grappling gun necessary for the next stage of the action,  not a lamely designed real gun meant to be as unthreatening as possible. 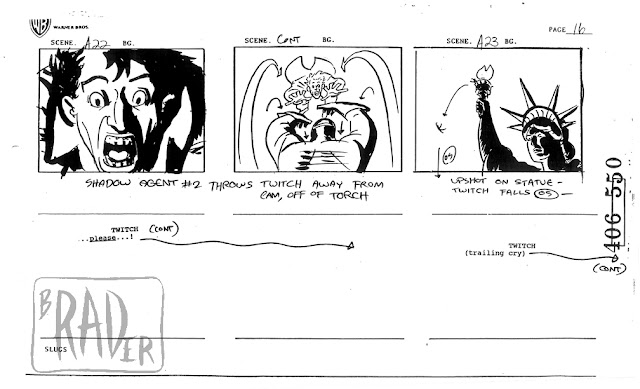 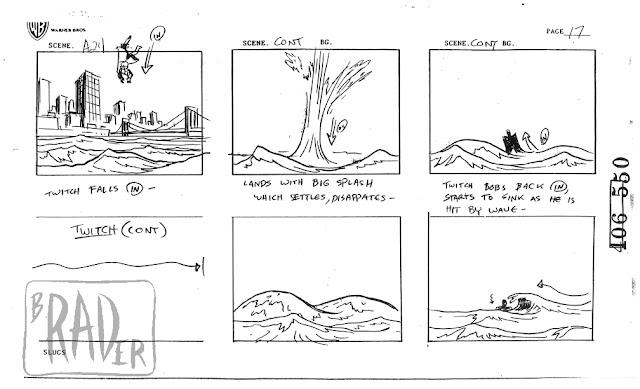 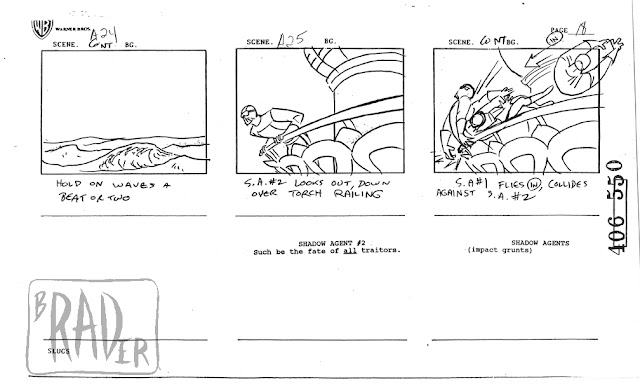 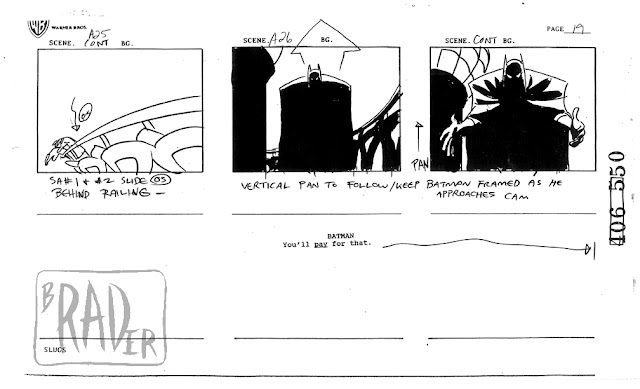 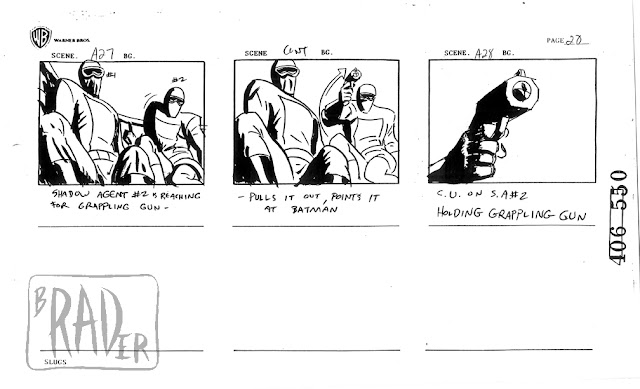