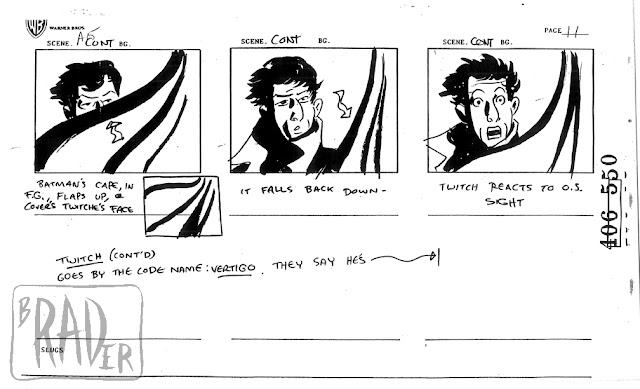 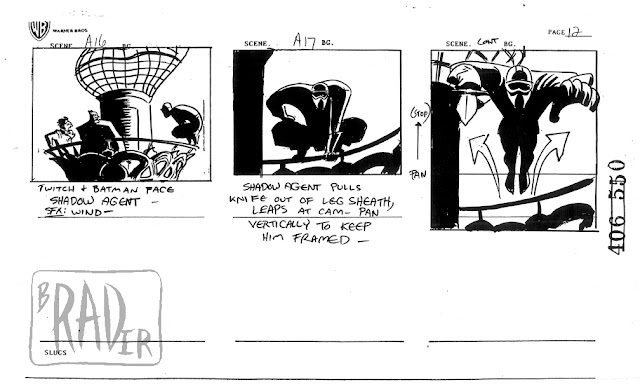 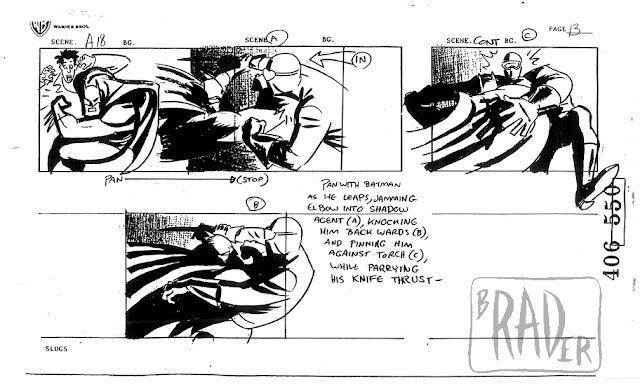 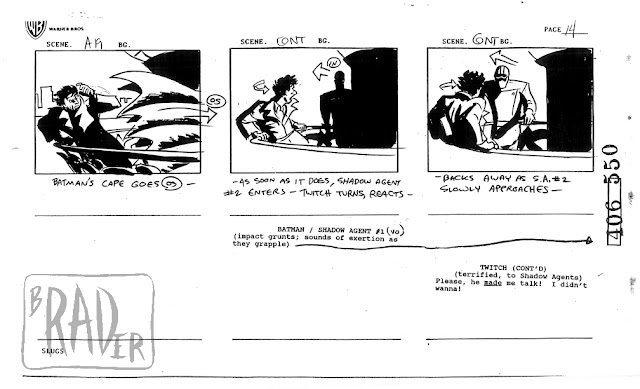 Looking at this artwork again, after 25 years, I’m struck by the resemblance to Jesse Marsh in his Tarzan Comics for Dell and Gold Key. I was unaware of Marsh at the time; I thought I was emulating Alex Toth, filtered through the TV series design sensibility (which was heavily influenced by Alex Toth). I wish I had been able to work the freshness and spontaneity of this ink treatment I had stumbled onto here into my comic book artwork; I really like it. 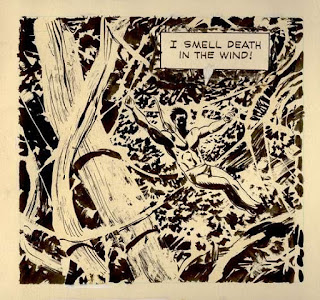