Since I recently finished posting Rainblo-Batman Custom Comic, “Batman:Born on the Fourth of July”, I have decided to follow it up to serially posting my storyboard to Batman episode 406-550, “Off Balance”. Both the Batman comic and this episode partially take place in and around the Statue of Liberty. However the TV episode occurred in Gotham, so the lay-outs had to be designed to have the action happen in a giant statue that looked similar to Lady Liberty but wasn’t Lady Liberty.  Ted Blackman, the background designer for the episode, was pissed at me for using the Statue directly without doing anything to alter it, thereby ham-stringing him aesthetically. I didn’t feel the least sorry. Due to scheduling malfunctions, I (the board artist) was working ahead of the design crew by a couple weeks, so I had to do the best I could. Sorry Ted. 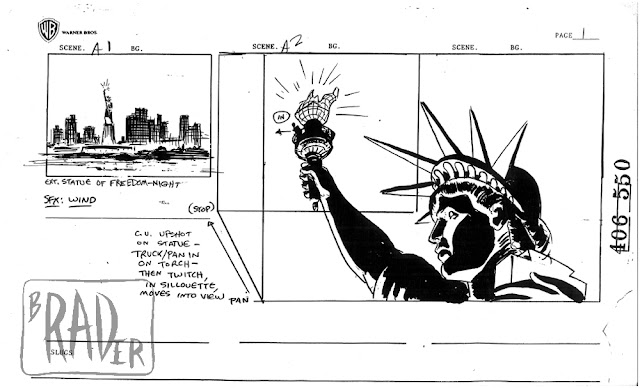 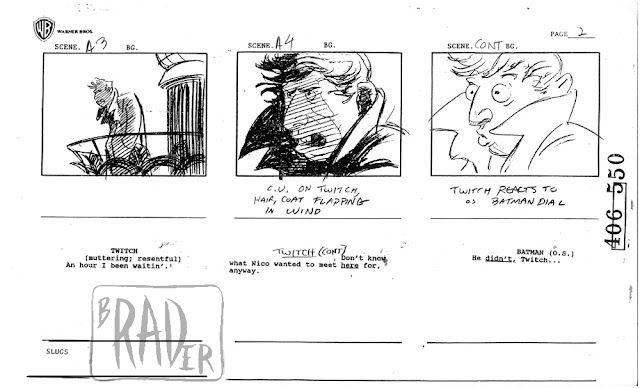 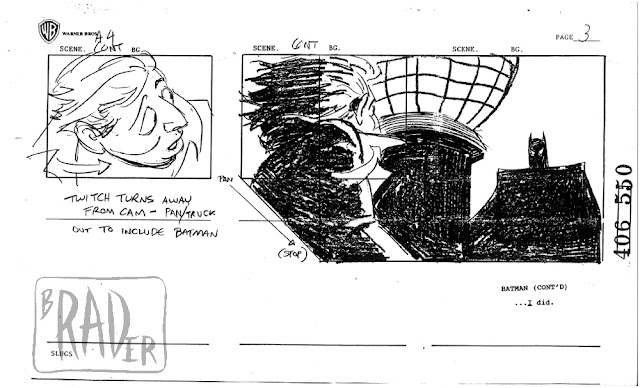 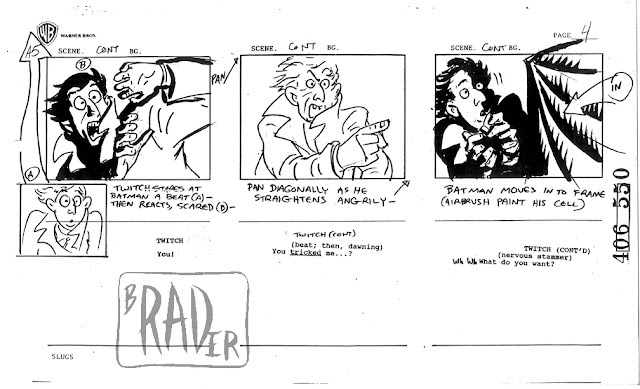 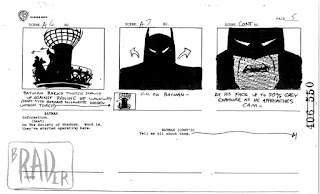