Rainblo-Batman Custom Comic, "Batman-Born on the Fourth of July, pg 21

This is Day 17 of my serialized blog about the Rainblo-Batman Custom Comic entitled “Batman: Born on the Fourth of July”, which I pencilled in the spring of 1994. Each day’s post will include the plot outline, the finished script (when I have it), my roughs, and my pencils. I can’t include images of the pages-as-published as I didn’t receive and have never seen them . If anyone reading this has a copy of the published work, please contact me. If you give or sell me a copy, or send me scans of the published or finished artwork, I will incorporate them into future blog posts.

I don’t have any more first draft script. However, I have my own shot list for the remainder of the comic book.

Shot lists are a survival tool from my tenure of working on war toy shows like C.O.P.S., Biker Mice From Mars, and Spiral Zone, where I’d have to choreograph multi-character fight scenes. I learned the  hard way that I could waste a days worth of story boarding and then realizing, too late, that I should have set up something early for later payoff. Or I’d have multiple fight scenes playing out simultaneously in a confined space that had to keep out of each other’s way or interact at the right time.

In this case, I had, as of page 21, 11 remaining pages to play out the necessary plot elements. I wrote a numbered list of each beat/panel , then estimated how many panels would go on each page. Then I roughed out the entire 11 pages, adding and subtracting beats as needed.

I’m posting scans of the original plot list, but, as they were done strictly for my own use (I doubt that I copied the editor, Daryl Edelman, on the list), I’m typing out them out for this blog, not correcting any grammatical errors.

Page 21 is largely exposition, which is always a tough go, creative-wise. But it was necessary for the project of this comic which was to propagandize on the immigrant nature of America and the Democratic virtues of inclusiveness.  I’m actually really glad that I’m posting this work at this time, since these are values that I subscribe to, in apparent conflict with our President Elect. 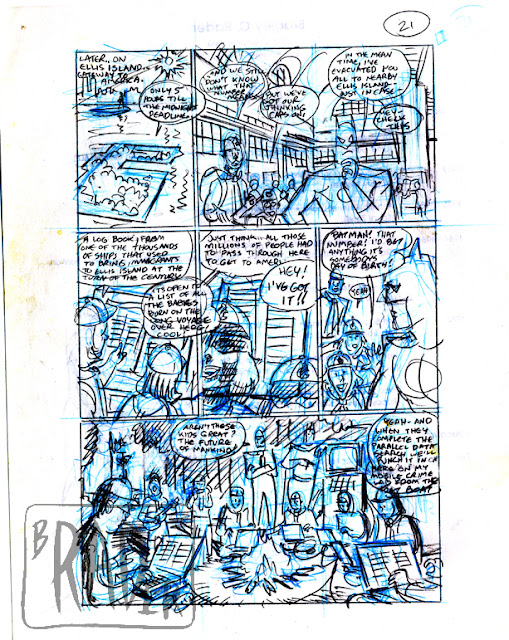 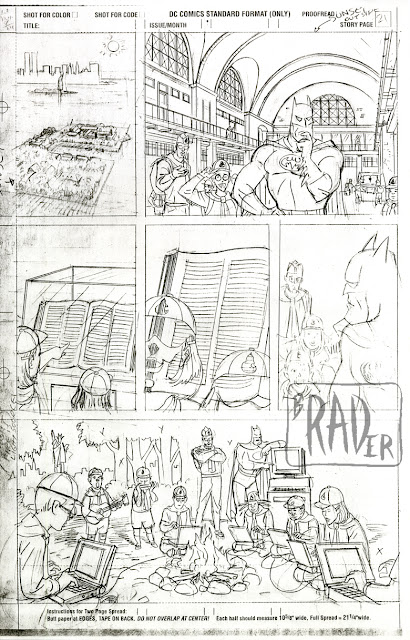 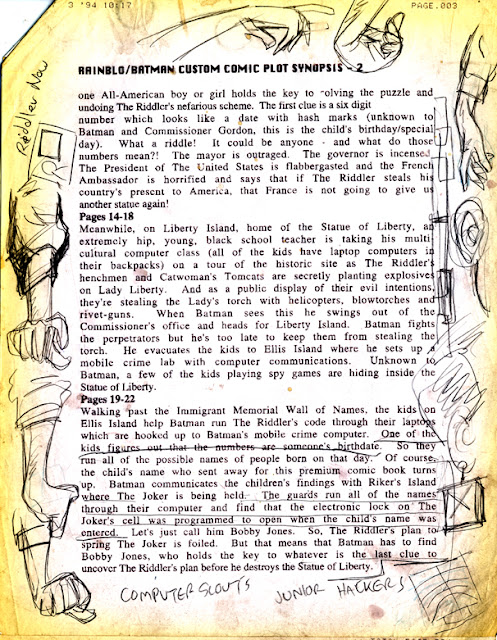 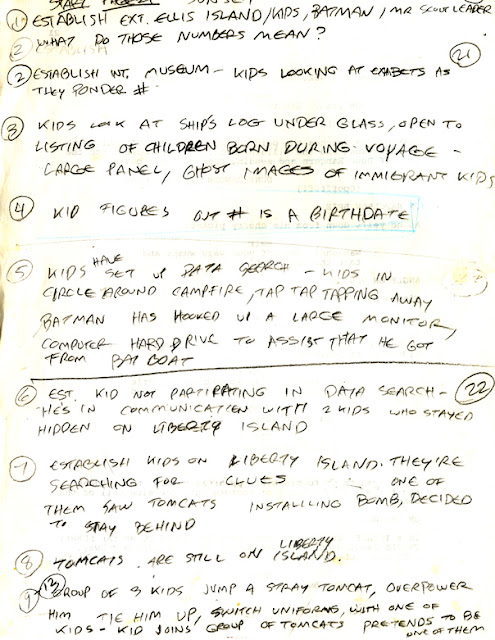 2) What do those numbers mean?

2) Establish INT. Museum- kids looking at exhibits as they ponder #

4) Kid figures out # is a birthdate

5)Kids have set up data search- kids in circle around campfire, tap tap tapping away. Batman has hooked up a large motor, computer  hard drive to assist that he got from Bat-boat