Rainblo-Batman Custom Comic, "Batman-Born on the Fourth of July, pgs 31 & 32

This is the final day of my serialized blog about the Rainblo-Batman Custom Comic entitled “Batman: Born on the Fourth of July”, which I pencilled in the spring of 1994. Each day’s post has included the plot outline, the finished script (when I had it), my roughs, and my pencils. I cannot include images of the pages-as-published as I didn’t receive and have never seen them .

Today I’m posting pages 31 & 32, along with the shot list that served as my first draft prior to roughing out the last third of the story. I’m posting the  final 2 pages together because I don’t thing they’re interesting enough to post separately. Frankly, I think the ending is a bit of a let down. The obvious big ending would have been to blow up the Statue of Liberty, but that wouldn’t have been cool. We should have contrived a way to blow up something else, like the bad guys’ hideout. Or not. Maybe it’s just as well….

RBBM Shotlist pg 31
61) He’s at the detonator, looks at keyboard on computer- readout is counting down- 1 minute till midnight

63) He types in name- still counting 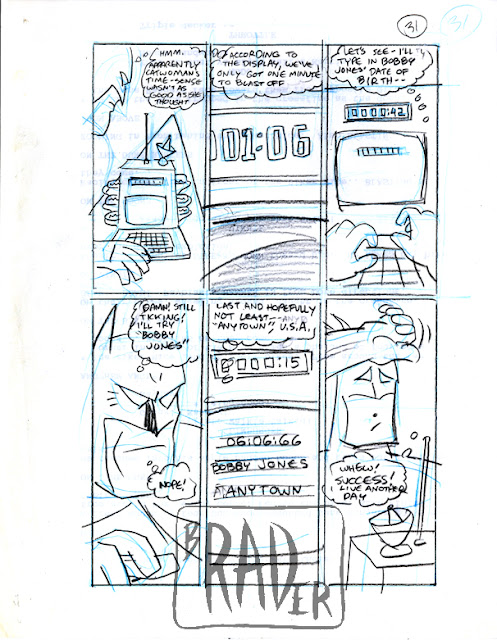 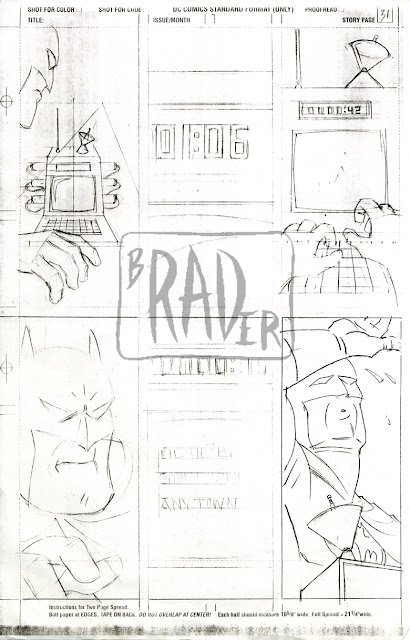 67) Kids crowd around B.M. in celebration as bad guys are led away into police boat 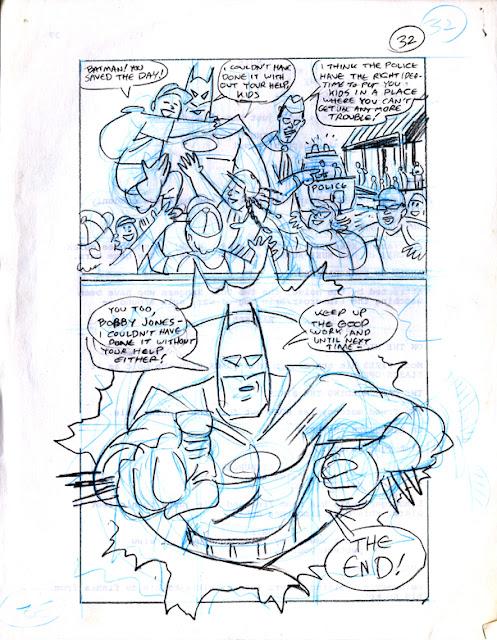 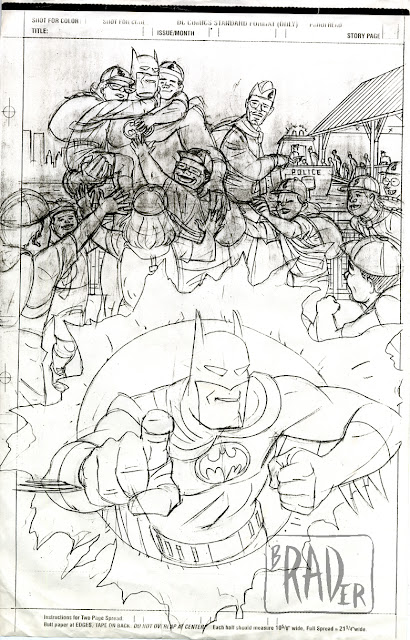