Rainblo-Batman Custom Comic, "Batman-Born on the Fourth of July, pg 28

This is Day 24 of my serialized blog about the Rainblo-Batman Custom Comic entitled “Batman: Born on the Fourth of July”, which I pencilled in the spring of 1994. Each day’s post will include the plot outline, the finished script (when I have it), my roughs, and my pencils. I can’t include images of the pages-as-published as I didn’t receive and have never seen them . If anyone reading this has a copy of the published work, please contact me. If you give or sell me a copy, or send me scans of the published or finished artwork, I will incorporate them into future blog posts.

Today I’m posting page 28, along with the shot list that served as my first draft prior to roughing out the last third of the story.

47) Batman enters crown; tied-up kids tell him it’s up on roof, but watch out for you know who

One of my formative experiences, as a cartoonist and film-maker, was watching Superman 2 upon its initial theatrical release in 1980. Not because it was a particularly good movie, but because of two scenes: 1)Superman has his powers removed by purposefully exposing himself to the rays of a machine in the Fortress of Solitude. This is scene is dramatically extended, showing Supes grimacing and writhing in pain under strobing light, ending with him spent, drained, and left to travel back to civilization on foot, in street clothes. 2) In the climactic fight scene with the Phantom Zone escapees, Superman tricks them into standing in range of the power removal machine. This time, the process is much quicker, less dramatic. In fact, the villains don’t even realize it’s happening to them.


As a 20 year old aspiring storyteller, I found this discrepancy unforgivable. As I started my professional career, I soon changed my POV. The first time one does something, it’s cool; the second time, not so cool. That relates especially to this page; at this point we have already seen several fight scenes with the evil mimes and the Tomcats. I wanted to dispose of them ASAP to get to the climactic battle on pages 29 and 30. So, here, they don’t even slow his forward momentum. 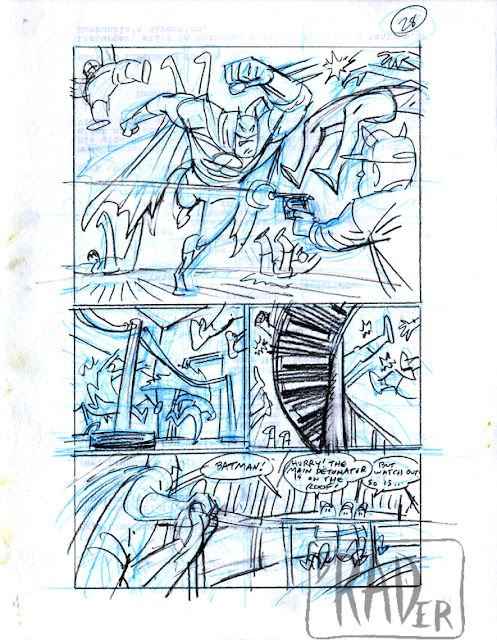 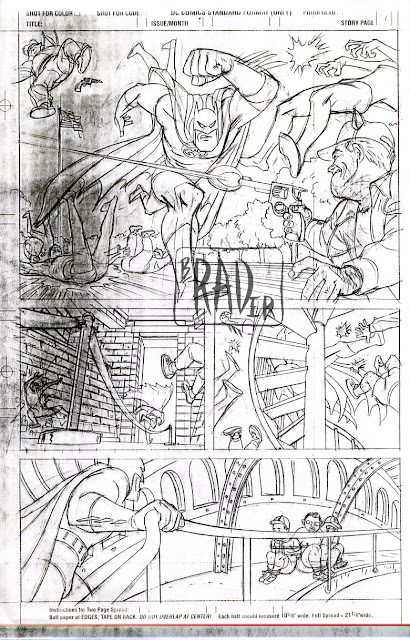 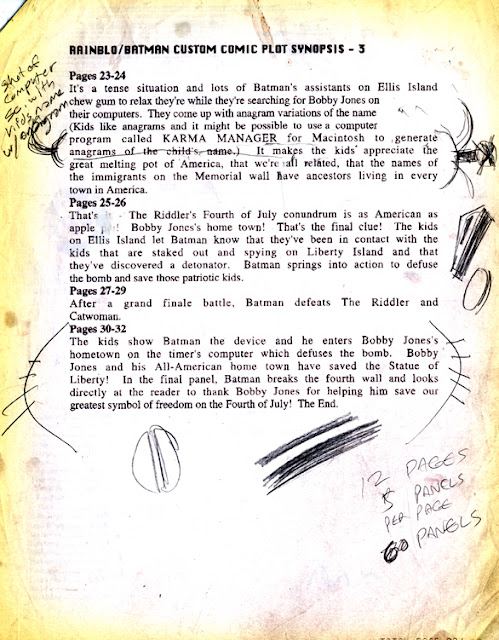