This is Day 5 of my serialized blog about the Rainblo-Batman Custom Comic entitled “Batman: Born on the Fourth of July”, which I pencilled in the spring of 1994. Each day’s post will include the plot outline, the finished script (when I have it), my roughs, and my pencils. I can’t include images of the pages-as-published as I didn’t receive and have never seen them; I’m not certain if it was ever actually published, since I can find no trace of it anywhere on the internet. If anyone reading this has a copy of the published work, please contact me. If you give or sell me a copy, or send me scans of the published or finished artwork, I will incorporate them into future blog posts.

Today I am posting about Page 5.

Harvey Kurtzman is one of my primary influences, more for his early war, science fiction and horror stories than his later Mad and Little Annie Fannie humor work, This is most evidenced in my roughs, though I never made a conscious attempt to emulate his work other than looking at it and admiring it. It’s more that I was on his wavelength. Upon reflection, I wasn’t so much influenced by him as validated by him. Seeing  his early 50’s EC work, when it was reprinted for the first time in the late 70’s, was an unexpected shock of recognition.

I enjoy the humorous aspect of this page: Batman is attacked by little men with bats, so defends himself using a little man as a bat. I don’t recall if I came up with this on my own or it was brainstormed out between me and the editor, Daryl  Edelman 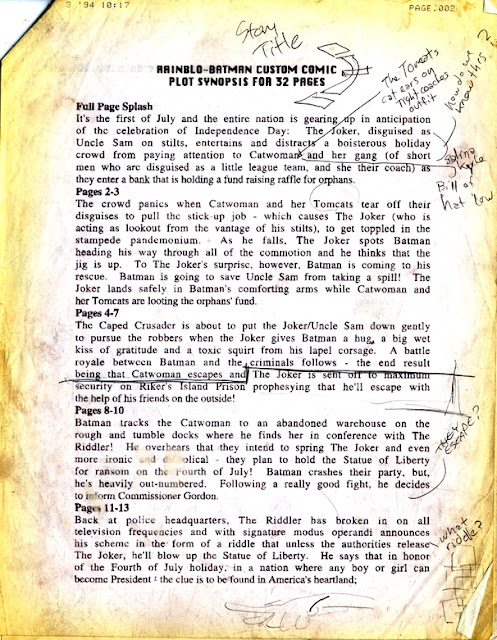 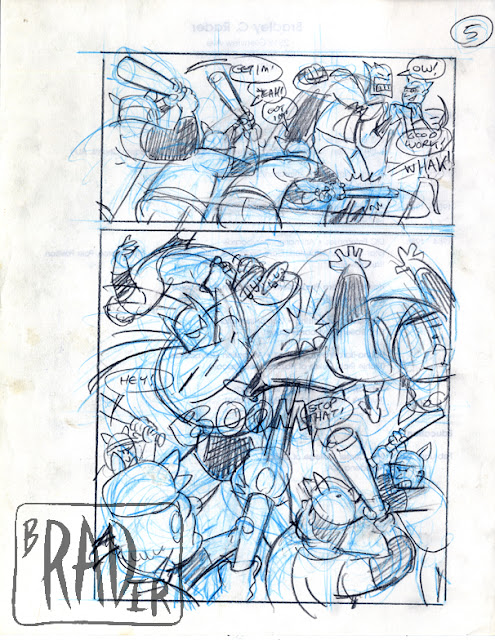 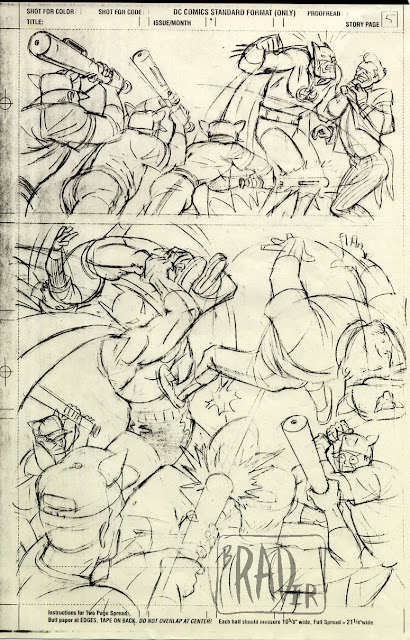 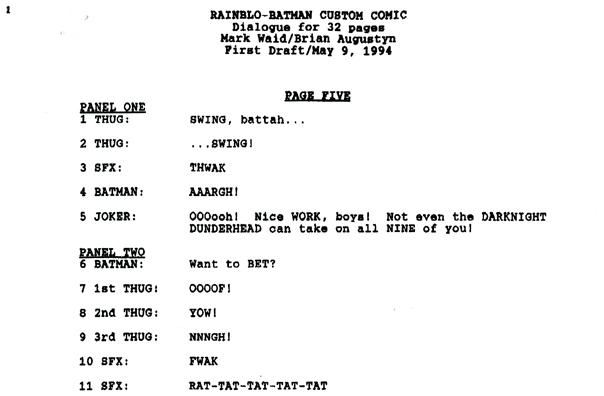 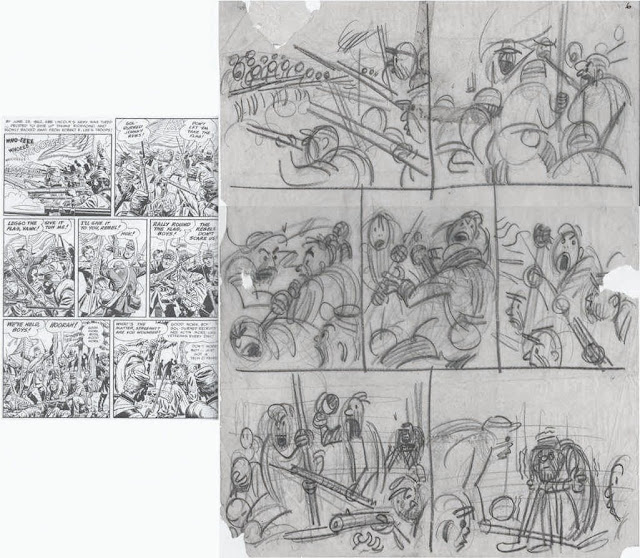