This is Day 4 of my serialized blog about the Rainblo-Batman Custom Comic, which I pencilled in the spring of 1994. Each day’s post will include the plot outline, the finished script (when I have it), my roughs, and my pencils. I can’t include images of the pages-as-published as I didn’t receive and have never seen them; I’m not certain if it was ever actually published, since I can find no trace of it anywhere on the internet. If anyone reading this has a copy of the published work, please contact me. If you give or sell me a copy, or send me scans of the published or finished artwork, I will incorporate them into future blog posts.

Today I am posting about Page 4.

I blue-penciled Rainblo-Batman custom comic in 1994, at the time employed as a storyboard artist on “Biker Mice From Mars”. I had spent most of 1993 illustrating “The Mark in America”, a 4 issue mini-series for Dark Horse Comics. One of the supporting characters in “The Mark” was a dwarf named “Scrub”; I had based my design for him off the the little people in “Time Bandits”, who had normal sized heads and torsos with stubby arms and legs. Whereas Catworman’s gang in the Rainblo-Batman custom comic are all proportional dwarves, i.e. normally proportioned but small. This was a plot point because, later in the story, the gang is infiltrated by actual children. 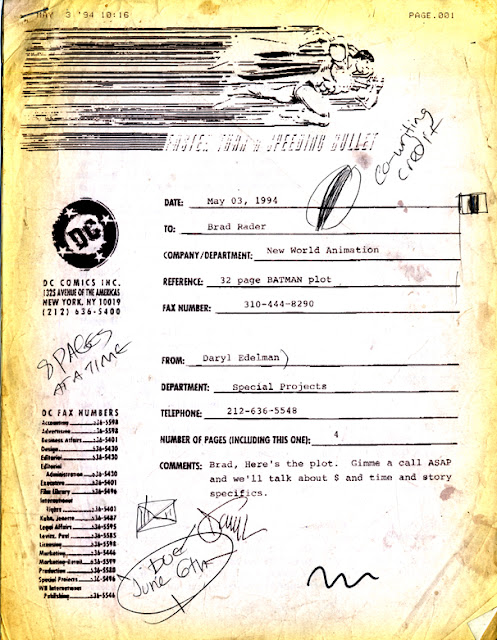 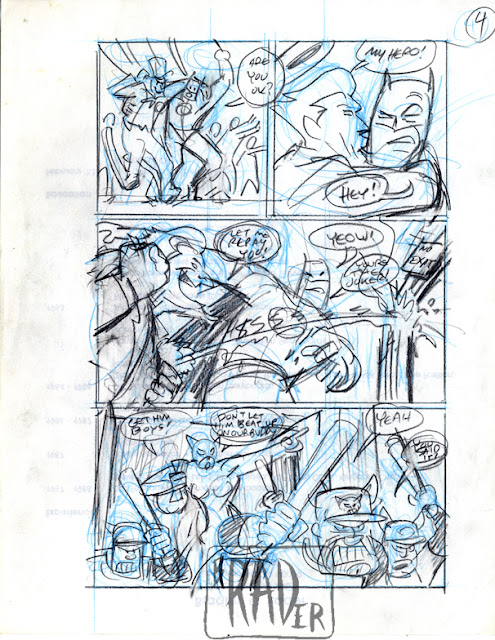 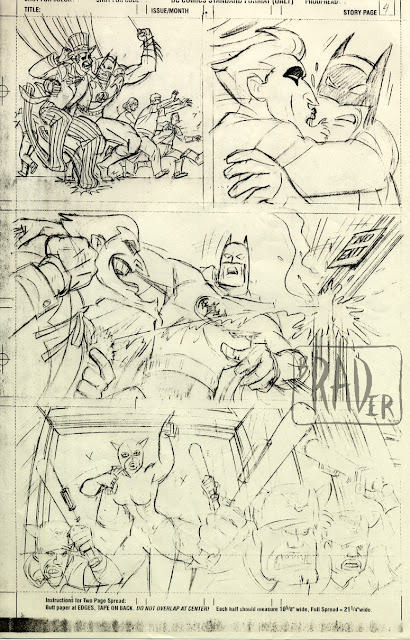 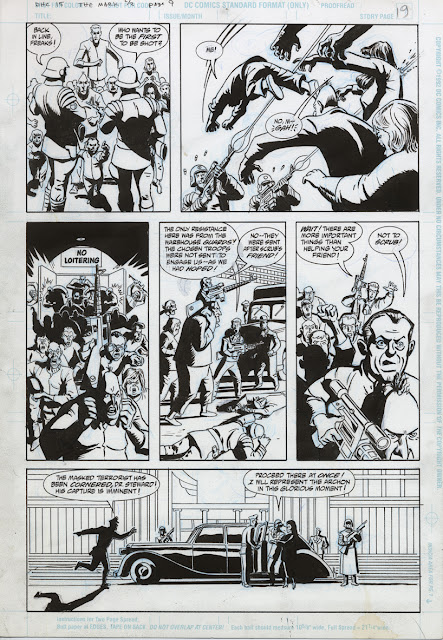 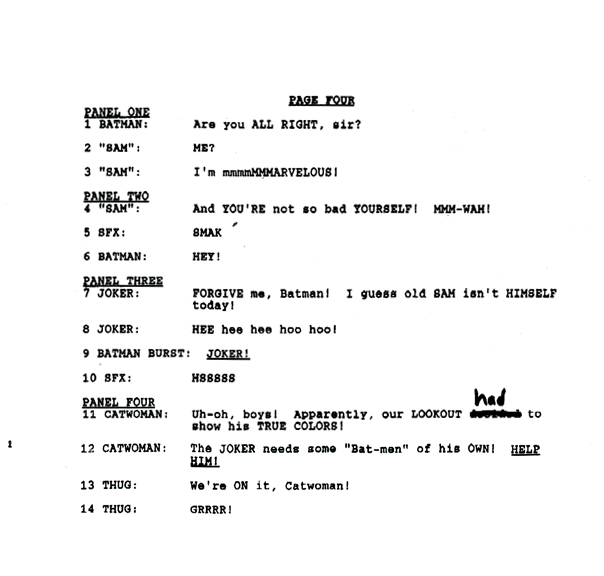