These are two versions of a Jack Kirby drawing of the Orion character a sketch book Jack gave to his wife, Roz back in the late 80’s or early 90’s. The sketchbook was published in the late 80’s as “Jack Kirby’s Heroes and Villains”, by Pure Imagination. (Thank you, Greg Theakston),

In version 1, I was faithful to Kirby’s pencils. In version 2, I tried doing it in “my style”, whatever that is. (I don’t really know. After a professional life time working in the TV animation industry, immersing myself in other artist’s styles, I don’t know what “my style” is. 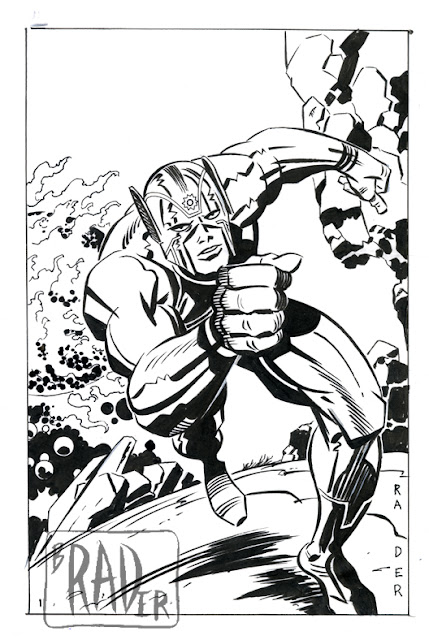 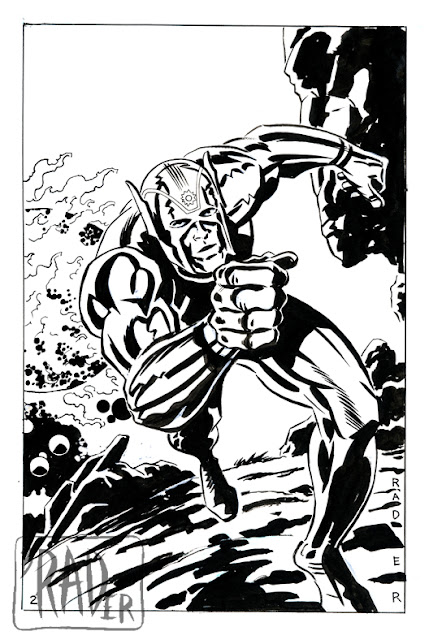