These are character designs I drew in the early or mid ’90’s as part of an attempt to break into or re-break into comics by re-drawing “At Dawn Dies Mary McGuffin”. This story was published in Batman #241, in May 1972. It was written by Denny O’Neil and illustrated by Irv Novick and Dick Giordano. I thought I could do a better job, so I designed these incidental characters, roughed out a map of the room in which Mary McGuffin was being held captive, and sketched Page 1 of my prospective re-draw. At this point, I apparently ran out of steam. In any case, here are designs for the two main incidentals, Colonel Sulphur and Mary McGuffin. I didn’t date any of this work, so I’m judging that I was working on the Batman TV series, but hadn’t yet started drawing the Batman Adventures comic series. So that would put these in 1991 or the first half of 1992.
Prior to my attempted re-draw this story I recall having the opinion, left over from reading it as a 13  year old at the time of its publication, that the writing was classic but the art was a let down. Perhaps the reason I gave up on the re-draw was my realization that the writing wasn’t so hot and the art was actually pretty good.


I vaguely recall that this story was re-purposed as an episode of the Batman Animated TV series. (If so, I didn’t work on it.) I’d be curious to see how they dealt with the plot point of Batman sucker-punching a hotel security guard for wearing argyle socks (an obvious tip-off that he was actually a disguised thug). 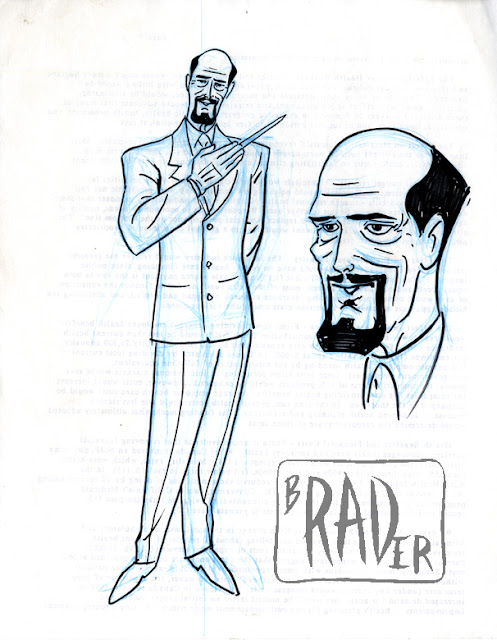 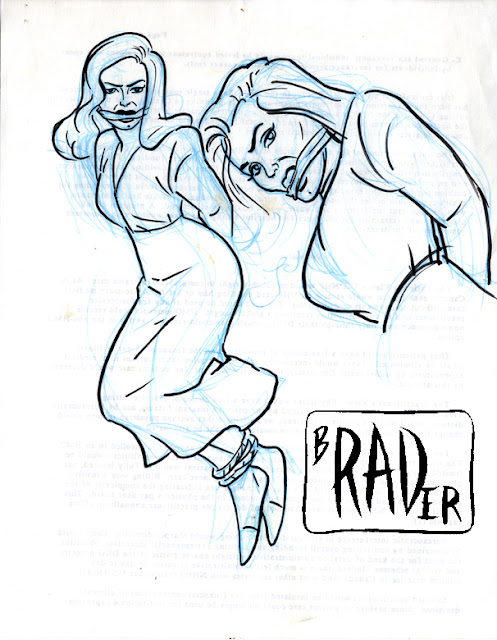